Alexander and the Terrible, Horrible, No Good..

How might we ethically deal with difficult situations and even more difficult emotions?

From the moment Alexander wakes up, everything goes wrong! He wakes up with gum in his hair, fights with his friends, and has to eat lima beans for dinner. At the end of his rough day, Alexander learns some days are just like that. All kids experience this type of day and will be glad to find they are not alone!

Judith Viorst’s book, Alexander and the Terrible, Horrible, No Good, Very Bad Day, follows Alexander through a rather trying day. He wakes up with gum in his hair, doesn’t get a seat by the window during carpool, doesn’t get dessert in his lunch, is rebuffed by his friends on the playground, has to get a cavity fixed at the dentist, and has to eat lima beans for dinner. The difficult situations in which Alexander finds himself and his way of dealing with them are what makes this book ripe for philosophical discussion. The book addresses issues such as moods and emotions, envy, fight or flight responses, the concept of art, and making mistakes.

The concept of emotion is a particularly evasive one. It is notoriously difficult to comprehend, and even harder to articulate. Understanding the nature of emotions is a philosophical issue that is still under much debate. Traditionalists believe that inner states are important for emotions, while behaviorists believe that emotions are only comprised of our outer behavior. Alexander grapples with a number of different emotions during his day and handles some of them on the inside and some of them very outwardly.

Ethics is an area of philosophy which can be applied to nearly any situation and having a good background in ethics can help individuals respond to any given situation. Should Alexander punch his brother?The concept of violence is particularly interesting from an ethical standpoint, because it initially always seems like a bad thing in which to engage, but there are cases where it can be argued that violence is the only way to handle a particularly tricky issue.

Several times throughout the book, Alexander mentions his desire to move to Australia. This raises the question about whether or not it is appropriate to run away from problems and if that is the best possible response. The book also raises questions about making mistakes. This is particularly interesting because most children are at an age when making mistakes is a common occurrence, and although everyone can learn from mistakes, some mistakes are bigger than others. This may raise questions about the philosophy of learning. What does it mean to learn and what are the best ways to learn? Our society often puts a positive spin on things and attempts to learn from situations, but is this always possible or reasonable?

In the spirit of learning and being creative, the module also includes some questions about the nature of art. There are many varying opinions about art, and it seems impossible to come up with any one definition, though the book indicates that there are definitely things that should not be considered art. Children are particularly creative, and these questions are designed to trigger further thinking about what art is or isn’t.

The question set is designed to elicit responses from the children on what they think each of these topics means. It asks a series of how and why questions as well as a few more philosophically specific questions designed to get the children thinking. This book is particularly poignant for children because every child has had to deal with at least one of these issues in their life. Thinking about these issues will not only allow children to better understand them but also will allow them to think about their own experience with these issues and how to approach them the next time they come up. By thinking more critically about everyday issues, like whether or not to punch your brother for calling you a name, will hopefully help children think about what it means to be morally or ethically responsible citizens of the world, even in Australia.

The nature of emotions

Alexander has a bunch of bad things happen to him first thing in the morning, and they put him in a bad mood.

Alexander sounds jealous, because he only had cereal in his box, no toy.

Alexander gets really angry and is mean to his friends when they tell him that they don’t like him as much anymore.

How to deal with emotions

Alexander punches his brother for calling him a crybaby, and his mother gets angry with him.

The nature of art

Alexander draws a picture of an invisible castle and is disappointed when his teacher doesn’t like it.

Alexander gets upset when his teacher tells him he is making mistakes.

Original questions and guidelines for philosophical discussion by Marina Lawson. Edited June 2020 by The Janet Prindle Institute for Ethics. 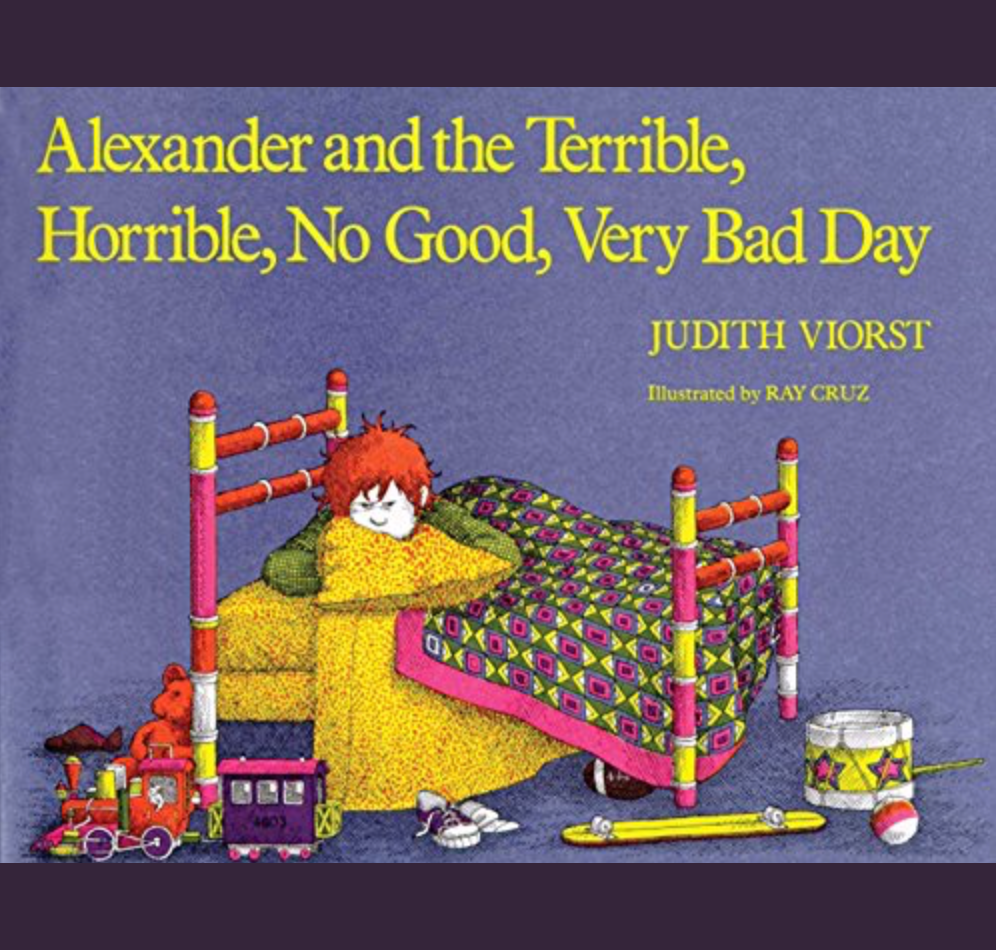