« Back to All Events 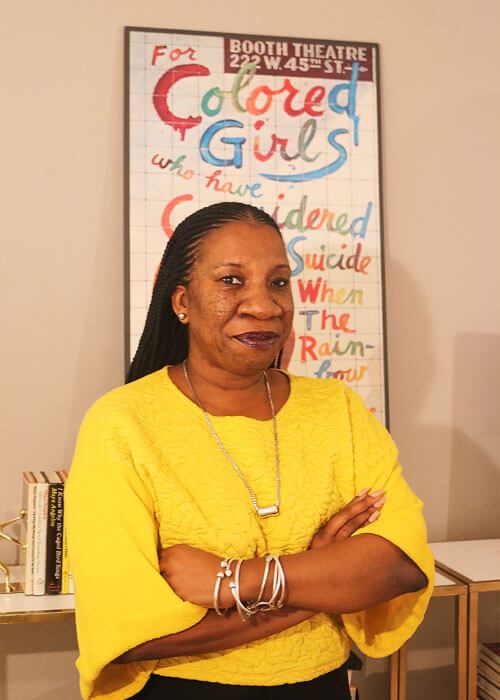 Tarana Burke, the woman behind the viral, 2017 TIME Person of the Year-winning ‘me too.’ Movement, is the 2018 Dorothy Garrett Martin Lecturer on Ethics and Values.

Tarana Burke has dedicated more than 25 years of her life to social justice and laying the groundwork for a movement that was initially created to help young women of color who survived sexual abuse and assault. The movement now inspires solidarity, amplifies the voices thousands of victims of sexual abuse, and puts the focus back on survivors.

A sexual assault survivor herself, Tarana is now working under the banner of the ‘me too.’ Movement to assist other survivors and those who work to end sexual violence. She is also senior director of programs at Brooklyn-based Girls for Gender Equity. On stage, she provides words of empowerment that lift up marginalized voices, enables survivors across all races, genders, or classes to know that they are not alone, and creates a place for comfort and healing to those who have experienced trauma.

Tarana Burke’s September 6 talk is co-sponsored by DePauw’s Women’s Center and will be one of the pre-events for DePauw’s annual Day of Dialogue event. This lecture series is hosted by The Janet Prindle Institute for Ethics in partnership with Delta Gamma and the Delta Gamma Foundation.