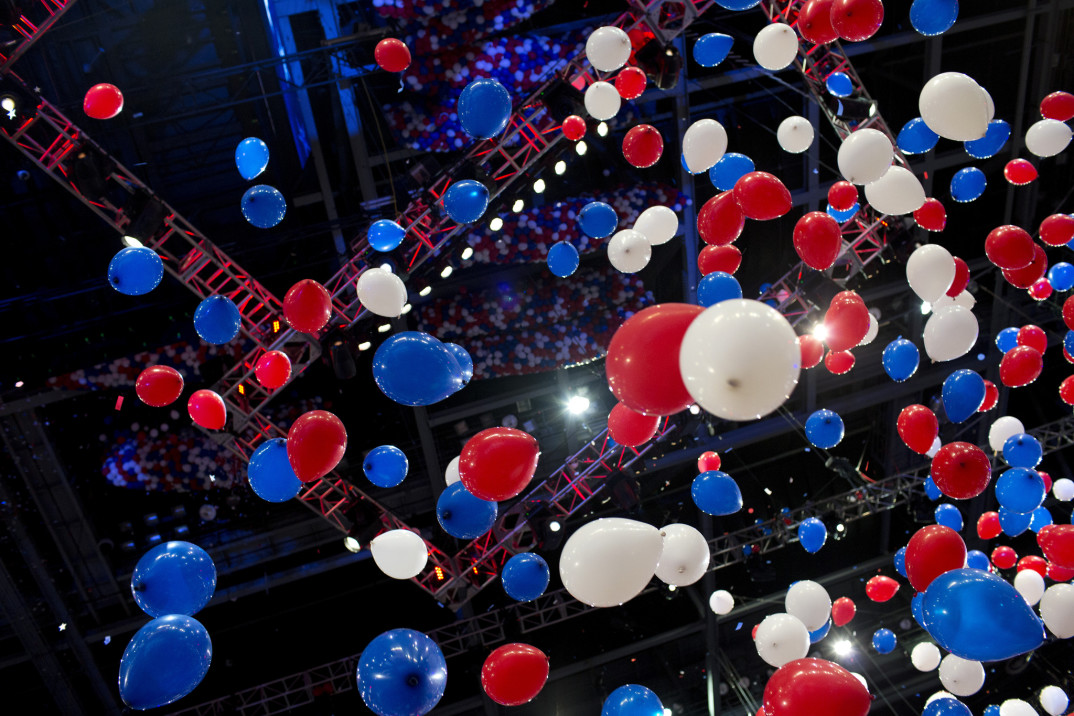 One should never underestimate Donald Trump’s taste for showmanship. Long synonymous with his brand, the candidate’s tendency towards spectacle was on display throughout the Republican National Convention in Cleveland last week. Seasoned politicians like Paul Ryan shared stage space with sports stars and soap opera celebrities. Highly stylized film trailer-esque clips emphasized the nominee’s expertise in a variety of areas. And, when Trump made his first appearance, he walked onstage to blinding lights and fog, a podium rising from the floor in front of him. In the background, Queen’s “We Are the Champions” sounded throughout the convention floor.

For a convention with no shortage of controversies, music choice probably seemed unassuming at the time. Yet observers were quick to note the irony of a candidate with strong conservative support using a song by an openly gay man who supported progressive social causes. Television host John Oliver, for instance, devoted a segment on Last Week Tonight to lampooning the campaign’s poor music choices throughout the convention – choices that also included playing The Rolling Stones’ “You Can’t Always Get What You Want” as the nominee and his family took the stage. And as Queen released a statement condemning the campaign’s unauthorized use of the song, it became clear that the seemingly innocuous choice had become a controversy of its own.

While Trump’s use of Queen’s music drew scorn from many commentators, his campaign is hardly the first to breach the norms of unauthorized song use. In recent years, prominent candidates like Mitt Romney, John McCain and Paul Ryan have all used or referenced music in a manner that ran afoul of the works’ creators. Perhaps most famously, Ronald Reagan’s 1984 campaign attempted to embrace Bruce Springsteen and his song, “Born In The U.S.A,” despite the lyrics’ blatantly anti-government themes. Springsteen himself disavowed Reagan’s fondness for his music, noting that he strongly opposed the economic policies that the campaign juxtaposed with the song. In this context, it seems that controversies over music choice have practically become a perennial issue for political campaigns, especially when the music’s creators disagree with the politicians walking onstage to their songs.

But was Trump’s campaign wrong to appropriate Queen’s music for their own ends? Your answer probably depends on how you read literature.

Legally, of course, the practice of using music in political campaigns without permission has its own problems. The permissions needed to play a song at a rally vary depending on the specific use and the publisher’s policy, a fact that has not stopped some politicians – including Trump – from using unauthorized music regardless.

Legal issues aside, however, the question of music at political campaigns speaks to a greater context in which we view creative works. And while examples like Reagan’s use of “Born In The U.S.A.” are no doubt relevant, misunderstanding of lyrics alone is not always at the heart of the issue. Of particular note is the ideological divide undergirding tensions between musicians and the politicians who use their songs. Contemporary examples – Paul Ryan citing Rage Against the Machine, Donald Trump walking out to Queen – make clear that the use of this music is controversial not because of its lyrical content, but of the context created by author’s intent. As musical guests put it during Oliver’s segment, misinterpretation of a song is another matter; at the heart of the issue is whether “you used it wrong,” as one of his guests sang. And as another artist in the segment put it, “we didn’t write these songs to make your campaign stops seem cool.”

Clearly, then, the debate around campaign use of songs is about more than licensing or misinterpretation. Author’s intent and the musicians’ own political views also matter; indeed, both are used to condemn the  politicians who ran afoul of musicians hostile to their policies. Using musician’s intent in this manner might seem like second nature. Yet, when other forms of media are examined, the role of creator’s intent is not so easily parsed.

Take literature, for example, where it is commonly argued that a work should be considered irrespective of author’s intent. While the author’s intentions traditionally have held some sway in literary analysis, some argue that consideration of a work should be partitioned from such considerations. According to this viewpoint, literary works are “boundless “texts,” to which no fixed or final meaning could be assigned,” as put in The New York Times. Writers and philosophers alike continue to argue whether the notion is accurate, but the issue of author’s intent continues to provoke controversy. For example, J.K. Rowling’s 2007 reveal that she wrote Albus Dumbledore as a gay character sparked debate around to what degree the revelation should play into readings of the Harry Potter books. Even in literature, then, such ideas are hardly settled. Yet applying such questions to campaign music choices reveals how much the debate is influenced by authorship itself.

Introducing the comparative lens of literature to understand unauthorized use of music also reveals how differently we treat the art form compared to other media. With music, lyrics are generally thought to be understood or misunderstood, not interpreted. There is usually a recognized and largely fixed meaning to many popular songs. And musician’s intent, unlike that of the author in literature, is seen as paramount in decoding what a piece of music might mean. Certainly, there is flexibility in this regard, especially in certain genres of music. Yet the boundaries for interpretation seem to be narrower for songs than literary works, explaining why the unauthorized use of music by politicians has proven so controversial.

It would seem, then, that the morality of using certain songs in political campaigns largely depends on one’s view of authorship. On one hand, it seems ironic that a politician as mainstream as the current Speaker of the House can espouse support for a decidedly anti-government group like Rage Against the Machine. So too would it be unethical to represent the interests of the two as one and the same, a point central to the view that juxtaposing certain songs with political campaigns is ethically suspect.

However, if debates around author’s intent from other media are taken into account, politicians’ use of certain songs could reasonably seen as a reflection of the disconnect between the creator and her work. Legal issues aside, if author’s intent is no longer central in interpreting a work, could the use of music in political campaigns be seen as justified? Or should the style of interpretation of music be considered, allowing musician’s intent to guide use of a work?