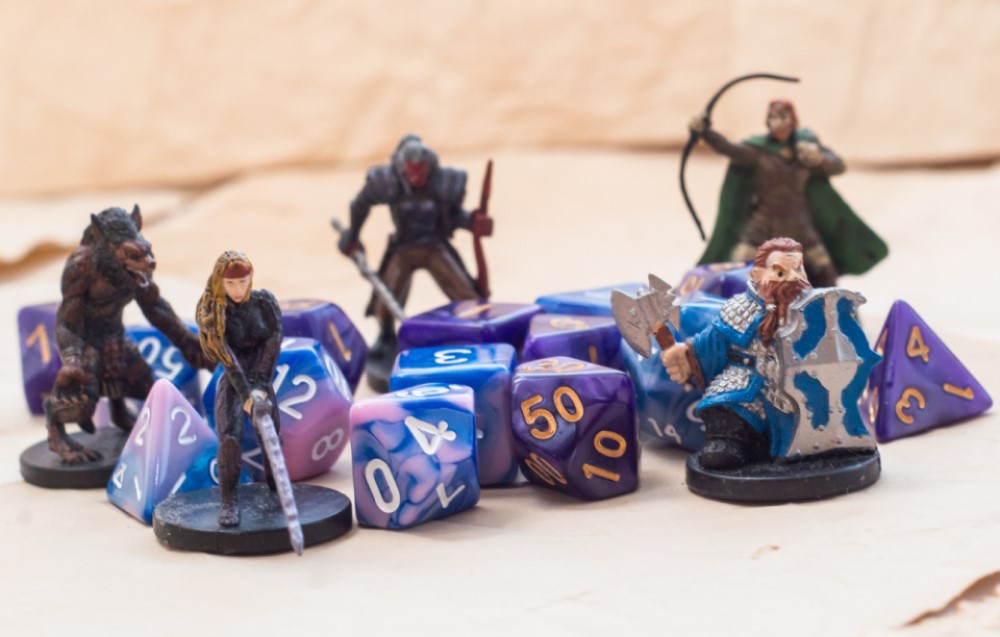 On June 17th, Wizards of the Coast — the company that owns and manages the role-playing game Dungeons and Dragons — released a statement about its plans to update the official rule sets and materials describing the fictional worlds of D&D. In addition to hiring new staff (including sensitivity readers) and altering the canonical depictions of some fictional people groups that “echoed some stereotypes” of real-world cultures, Wizards of the Coast is intentionally working to eliminate the role of racial attributes and cultural essentialism within the fantasy game. Specifically, this will mean shifting character-creation techniques to center individualized player choices about a character’s background (rather than making certain features dependent on the character’s race) and, most notably, recasting the two “evil” races within D&D as people groups that are “just as morally and culturally complex as other peoples.”

If you’re not already familiar with Dungeons and Dragons, much of that last paragraph probably sounds pretty odd. First published in the 1970s, D&D is a tabletop role-playing game (RPG) that offers a basic set of rules for players to follow as they collectively tell a make-believe story about heroes and villains in a fantasy world. Perhaps most famously, these sorts of RPGs use dice rolls to randomize the outcomes of various in-game events, allowing players opportunities to cooperatively and creatively react to unexpected elements of the imaginary scene. Often, those dice rolls are modified by various attributes of your player-character and, to date, at least some of those modifications have been pre-set based on which of the several fictional races (like elves, tieflings, and dragonborn) your character represents. And, while the story of each game of D&D is unique to the group of people (or “party”) playing, Wizards of the Coast regularly publishes a wealth of materials to help parties create the worlds of their stories.

The announced changes to D&D amount to a shift away from an essentialistic approach to race or culture within the game — an approach long-criticized in both Dungeons and Dragons and the fantasy genre writ large. Such a story-telling technique treats a character’s biology or social origin as necessarily constraining their personality, worldview, or moral compass, such as when Rowling’s giants or Tolkien’s trolls are treated as hopelessly evil enemies for the heroes to simply eliminate. According to the most recent Dungeons and Dragons Player’s Handbook, the drow (or “dark elves”) are a “depraved” race of people who are “universally reviled” after their ancestors followed a path “to evil and corruption;” players who choose to role-play as a drow are encouraged to treat their characters as unusual individuals who have “develop[ed] a conscience.” Similarly, D&D presents the orc race as a monstrous, violent culture bent on waging “an endless war against humans, elves, dwarves, and other folk.” If players choose to create a half-orc character to role-play (full orcs are not officially valid options), the Handbook advises that evil impulses and desires will necessarily “lurk within them, whether they embrace it or rebel against it.” Although it remains to be seen how Wizards of the Coast exactly plans on presenting the orcs and drow “in a new light” going forward, the way they have presented these races to this point is plain.

While the response to Wizards of the Coast’s announcement seems to have been largely positive, it has not escaped criticism. Most detractors argue that these rule shifts are unnecessary, either because they will do little to prevent actual racism in the real world or because the classic presentation of orcs in D&D isn’t racist in the first place. Some have suggested that the publishers of D&D have actually been fooled by supposedly-disingenuous protestors interested more in social control than social justice. One need only look to the responses on Wizards of the Coast’s Twitter thread or the comments on, for example, Breitbart’s coverage of the story to see such attitudes.

But these critiques fall flat. Even if used simply to promote seemingly-innocent story-telling tropes or to simplify morality narratives for easier digestion, any reliance on cultural or racial essentialism — even just narratively — is ethically perilous (and, incidentally, aesthetically lazy). The point is not that “racists portrayal of these fictional peoples will promote racist treatment of non-fictional peoples,” but rather that employing racial essentialism of any stripe legitimates — even unconsciously — an unavoidably immoral way of viewing the world (regardless of whether that world is Abeir-Toril, Arda, or Earth).

It is a way of viewing the world which W.E.B. Du Bois describes as “a vast veil” that shuts people out from the worlds in which they belong. Speaking from his own experience as a Black man at the turn of the 20th century, Du Bois traces how his personal experiences of racism in post-Reconstruction America mirrored wider social policies designed to maintain the cultural homogeneity of the United States in the wake of Emancipation. Time and again, Du Bois recounts stories of how relatively mundane — and, perhaps, unintentional, in some cases — choices led to him being routinely set apart from the people around him. Consider this anecdote from when Du Bois was a college student looking for work as a teacher in Tennessee:

“I remember the day I rode horseback out to the commissioner’s house with a pleasant young white fellow who wanted the white school. The road ran down the bed of a stream; the sun laughed and the water jingled, and we rode on. ‘Come in,’ said the commissioner,—’come in. Have a seat. Yes, that certificate will do. Stay to dinner. What do you want a month?’ ‘Oh,’ thought I, ‘this is lucky’; but even then fell the awful shadow of the Veil, for they ate first, then I—alone.” (The Souls of Black Folk, ch. IV)

The Veil comes from the often-unspoken set of assumptions about what counts as “normal” in matters of race and culture against which everything, including even relatively small and otherwise-unimportant actions, is tacitly judged. The Veil is also a manifestation of one form of racial essentialism that judges (even implicitly) individuals in virtue of their biology, rather than their unique personalities and histories.

Now, don’t misunderstand me: my point is not that a fictional orc is necessarily wronged by a Dungeons and Dragons player treating it like a monster (nor is it that a player who doesn’t care about orcs will also not care about flesh-and-blood humans). Instead, my point is that carefully considering both the intentional and unintentional messages of our cultural artifacts (like D&D) is an important part of being responsible people who care about our fellow citizens; this is precisely what Wizards of the Coast has started to do. Suggesting that the kinds of racial and cultural essentialism long-incorporated into Dungeons and Dragons is valid somewhere, even just in a fictional context, requires us to say (or at least operate on the assumption) that it is not inherently unethical — that is a morally indefensible position.

Echoing Fredrick Douglas before him, Du Bois famously wrote that “the problem of the twentieth century is the problem of the color-line — the relation of the darker to the lighter races of men in Asia and Africa, in America and the islands of the sea.” In this regard, the twenty-first century is no different: what Du Bois called the “race problem” remains, both in explicit, intentional acts of racist oppression and, far more frequently, in the unthinking assumptions that lead many to uphold the Veil, however accidentally. Defenses of racial essentialism, wherever they may appear, contribute to this in their own way by tacitly legitimating a fundamental component of the Veil’s operation.

(It’s also worth pointing out that the stereotypical depiction of orcs and “dark elves” likewise demonstrates Du Bois’ separate point about a curiously European theory of human culture wherein “Everything great, good, efficient, fair, and honorable is ‘white’; everything mean, bad, blundering, cheating, and dishonorable is ‘yellow’; a bad taste is ‘brown’; and the devil is ‘black.’” Considering the potential contributions of such imagery to the contemporary real-world Veil is an exercise left to the reader.)

Given both the inherent customizability of the game and its five-decade-long history, it is not possible for Wizards of the Coast to simply change by fiat how all parties will play D&D, but the company is taking visible steps to improve how racial diversity will be officially represented going forward. Given that the popularity of Dungeons and Dragons has skyrocketed in recent years (including being prominently featured in Netflix’s hit series Stranger Things) and the lockdowns resulting from the COVID-19 pandemic have only spurred greater interest, it is good to see Wizards of the Coast clearly demonstrate that it wants “everyone to feel at home around the game table and to see positive reflections of themselves within our products.” Analyzing how the Veil might nevertheless affect both the worlds and the players of Dungeons and Dragons, even unintentionally, is an important part of engaging with this sliver of our culture’s much larger race problem.