Intersectionality and the Problem of the MCU’s Ancient One 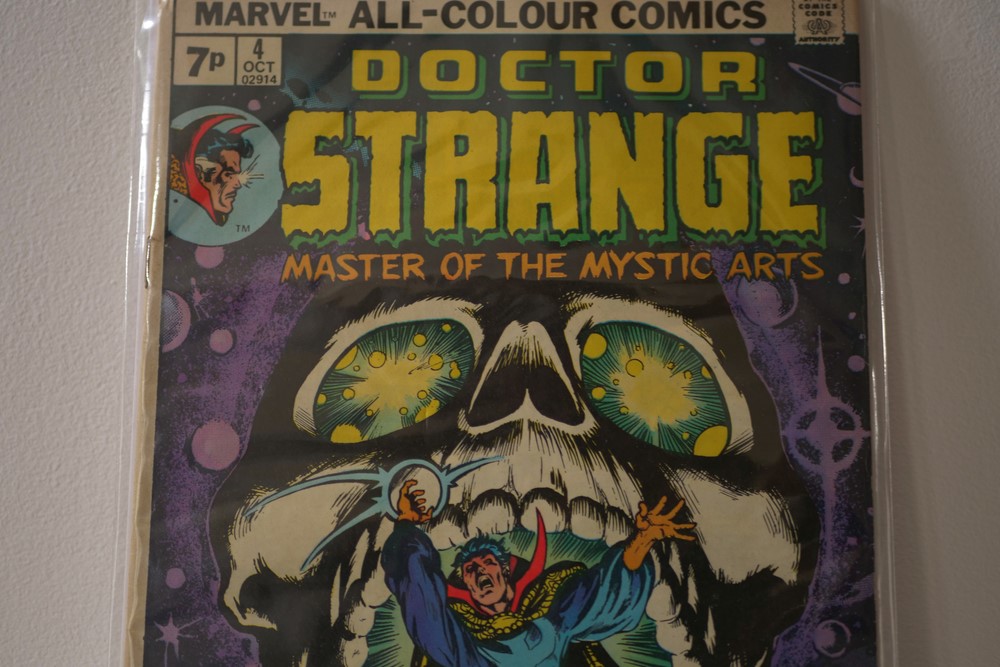 In 2016, Marvel Studios’ Doctor Strange introduced Benedict Cumberbatch’s eponymous hero to the Marvel Cinematic Universe. The film sees Strange learn how to harness magical energy as a sorcerer after journeying to the mystical city of Kamar-Taj and meeting its leader, the Ancient One (played by Tilda Swinton). This casting was controversial: in the comic books on which the movie is based, the Ancient One is an Asian man; Swinton is neither.

Swinton’s Ancient One is an example of what is sometimes called the “whitewashing” problem in Hollywood (where white actors are cast in non-white roles). Although Swinton’s portrayal of the character does not attempt to appeal to stereotypes about Asian people (and is explicitly described in the film as being of Celtic ancestry) — thereby setting it apart from straightforwardly racist performances like Mickey Rooney’s Japanese character in Breakfast at Tiffany’s — it nevertheless rewrites the backstory of a character long-depicted as Asian to instead substitute a white actor in the role. Much like how “whitewashing” a building involves covering it with white paint, the MCU’s portrayal of the Ancient One covers the character’s non-European background by giving them a Scottish face.

Granted, Swinton is a talented actor, but there is certainly no shortage of talented people available to act in the MCU; as Rob Chan, president of the Media Action Network for Asian Americans, pointed out, “Given the dearth of Asian roles, there was no reason a monk in Nepal could not be Asian.” (Notably, Doctor Strange is far from the only recent movie criticized for whitewashing: Wikipedia has a surprisingly long list of references available.) In May 2021, Marvel Studios President (and MCU mastermind) Kevin Feige officially acknowledged that casting Swinton as the Ancient One was a mistake.

(A quick note to anyone about to ask something like “Will Kevin Feige also apologize for Nick Fury, Heimdall, or Johnny Storm in the recent non-MCU adaptation of the Fantastic Four?” The answer is pretty clearly “No.” While it’s true that, like Swinton’s Ancient One, those are characters portrayed by actors (Samuel L. Jackson, Idris Elba, and Michael B. Jordan, respectively) of a different race than (at least some of) the source material, the problem of “whitewashing” is not simply a matter of casting a member of the “wrong” race to play a role. Instead, the issue is rooted in the lack of Hollywood roles — especially leading roles — for non-white actors in general. When a talented white actor is cast in a part that could easily (and historically has been) filled by a talented non-white actor, this only serves to further reduce the opportunities for non-white actors. (As Chan also pointed out, “Tilda Swinton can afford to turn down roles.”)

But perhaps the most unusual thing about Swinton’s casting was actually the attention that Doctor Strange director and co-writer Scott Derrickson thought he was paying in portraying the character as the film does; as he explained in a 2016 interview, “The first decision that I made was to make [the Ancient One] a woman, before we ever went to draft, before we ever had a script…There was a desire for diversity in making that decision.” After this choice, Derrickson was worried that casting an Asian woman in the role would actually end up perpetuating long-standing Asian stereotypes:

“I know the history of cinema and the portrayal of the Dragon Lady in Anna May Wong films, and the continued stereotype throughout film history and even more in television. I just didn’t feel like there was any way to get around that because the Dragon Lady, by definition, is a domineering, powerful, secretive, mysterious, Asian woman of age with duplicitous motives—and I just described [the MCU’s Ancient One]. I really felt like I was going to be contributing to a bad stereotype.”

I think this is where a little philosophy can be helpful to understand what’s going on. In 1989, Kimberlé Crenshaw, a legal scholar at the UCLA School of Law, argued that discrimination against Black women in Western culture is a particularly complex kind of injustice. While it might be tempting to think about racism against Black men and racism against Black women as essentially similar, this kind of oversimplification ignores the sexism that Black women also encounter (making their experience different than that of their male counterparts). Instead of analyzing the treatment of Black women along the single axis of “race,” Crenshaw argued that an intersectional analysis (that pays special attention to the multidimensional nature of a Black woman’s social identity) is necessary to fully capture the experience of people suffering from multiple kinds of oppression. As Crenshaw explains in the opening pages of the article that coined the term intersectionality, “Because the intersectional experience is greater than the sum of racism and sexism, any analysis that does not take intersectionality into account cannot sufficiently address the particular manner in which Black women are subordinated.”

Since 1989, intersectional analyses have proliferated to explain many different kinds of overlapping social identities and the complex ways that people navigate the social world. Although the term (and Crenshaw’s name) has become strangely misrepresented as an ominous threat by some politically-(or financially)-minded agents, the basic idea of intersectionality is relatively uncontroversial: people are complicated and simply treating any one person as simply one kind of thing will inevitably cause you to misunderstand (and potentially mistreat) them.

So, by simply thinking about “diversity” as a matter of casting a woman in a role traditionally played by a man, the creative team behind Doctor Strange was oversimplifying the complex nature of the Ancient One’s (and, for that matter, Tilda Swinton’s) social identity. The idea of intersectionality (and critical theories in general) does not argue that race or sex or gender or anything else about a person is central or primary or more important than anything else about them; they instead try to call attention to the complicated ways that diverse people’s different backgrounds and histories can interact to create unique and complicated experiences. Recasting the Ancient One by focusing only on the character’s sex ignored plenty of other relevant facts about him/her.

One final note: this is not a call to harangue Scott Derrickson, pillory Kevin Feige, or “cancel” Tilda Swinton — this is an attempt to understand how the makers of Doctor Strange might have made the decision that they now have openly (and repeatedly) called a “mistake.” And it’s a mistake that Marvel might have actually learned something from: not only has the recently-completed Falcon and the Winter Soldier miniseries on Disney+ explored racial tensions long-bubbling in the world of the Avengers, but the upcoming Shang-Chi and the Legend of the Ten Rings, a feature film slated for release in September, will introduce the MCU’s first Asian superhero. And while this film is not without a casting controversy of its own, many are hoping that its Chinese-Canadian star, Simu Liu, and its all-Asian cast will help the Marvel Cinematic Universe to move forward.