The Moral Messages of Violence in Media 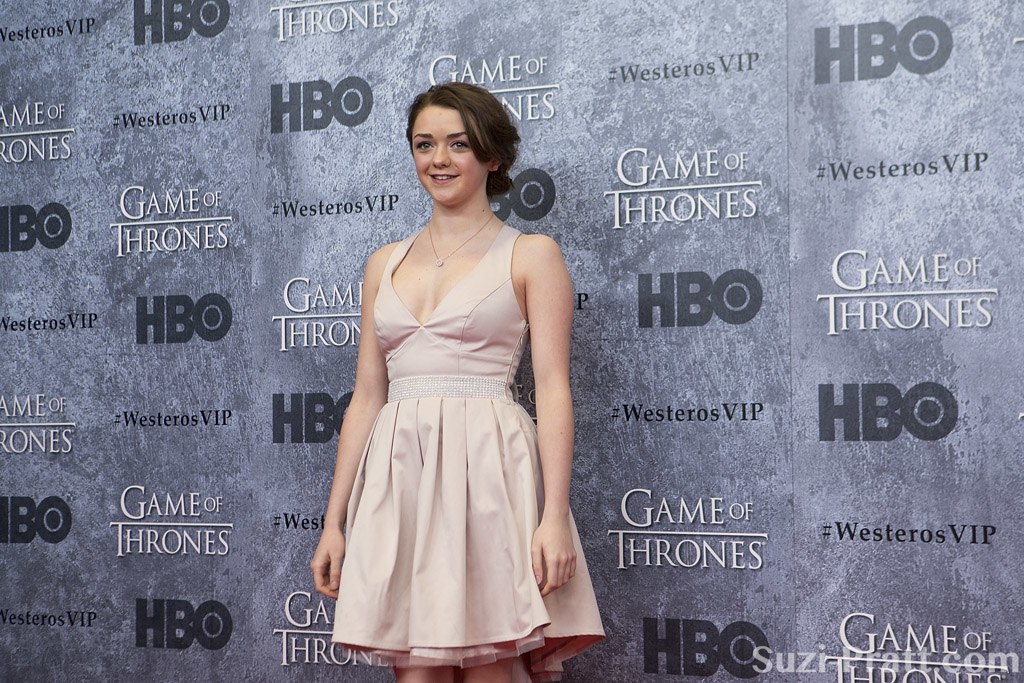 “Maisie Williams at HBOs ‘Game of Thrones’ Season 3 premiere” by Suzi Pratt is licensed under CC BY 2.0 (via Wikimedia Commons)

Season two of the The Handmaid’s Tale returns with darker themes and more overt torture and sexual violence directed at the majority female cast. The dystopian drama depicts the practical consequences of misogynistic theocracy that takes power in the face of environmental collapse and widespread infertility, set in an eerily similar near-future America.

The violence in The Handmaid’s Tale is often compared to another hulking series, Game of Thrones. Both use liberal amounts of violence against women to keep their plot moving, but to different effect:

“The Handmaid’s Tale isn’t glamorizing atrocities against women, exactly, or sanitizing them in the way that Game of Thrones or other prestige dramas might sanitize rape. The brutality is the point—the show wants us to experience the logical extension of institutionalized misogyny and theocratic governance.”

“In shows like True Detective and Game of Thrones, the focus on female debasement is often criticized precisely because female suffering is positioned as entertainment. What happens on The Handmaid’s Tale is different, as violence against women plays out as a kind of morality tale.”

Visceral scenes in books, TV, and movies are a way of conveying the lived experiences and realities that audiences might struggle to relate to. In speculative fiction like The Handmaid’s Tale, showing in detail what would result from misogynist value systems and authoritarian, theocratic regimes can bring home how horrible the lives of the oppressed would be.

Art helps us to relate to experiences and realities that are different from our own, and can have a positive moral impact for this reason. People that read more novels have been shown to have greater emotional intelligence. However, when the perspectives and experiences are particularly graphic and violent, or run the risk of normalizing or sanitizing the persecution or rate of violence against an oppressed group, this raises questions about the ethics of continuing to portray the experiences of violence in detail.

Should we need to experience the pain of others to have their suffering be morally salient to us?

Legislators who become more feminist when they have daughters occupy an interesting dialectical space. While it is a positive step — of course, it is good to adopt policies that recognize the fundamental equality of people — the fact that they had to care for a daughter in order to tap into the moral reality is more than a bit distressing.

A further complication is the notion that there may just be an epistemically unbridgeable gap between communities that rely on one another for support regarding their experiences. It may just not always be possible to fully grasp another person’s everyday reality. It would be a great misfortune to discover immovable obstacles might bar someone from fully sympathizing with another person and experiencing the appropriate moral emotions regarding their plight.

Moral emotions such as sympathy, indignation, care, and regret play different roles of significance depending on the ethical theory you favor. Consequentialist views such as utilitarianism focus not so much on the emotional or motivational landscape that leads to action, but rather the result of our behaviors. If you make people have a better life out of indifference or kindness, it amounts to the same thing from an ethical perspective for utilitarians. Other views on morality heavily favor the emotions; care ethics and feminist views focus on our relationships to one another and tending to our roles appropriately. A behavior done out of sympathy would have a different moral assessment than the same behavior done out of indifference.

Given these considerations, we could reflect on art that attempts to bring pain and suffering into view in different ways. If the value in question is one of developing the appropriate moral response to suffering, we may ask: is this really necessary? (Isn’t this a case where we should really be able to get to the moral emotions on our own, as in the case of the legislators realizing women are people only when they’ve faced a daughter of their own?) Or, are there countervailing concerns, such as those raised in the discourse around the sexual violence in Game of Thrones? (Is this violence normalizing an already troubling reality?)

There are rich and nuanced questions regarding the consumption of art that includes graphic and detailed violence against marginalized groups. It puts pressure on how we conceive of our moral burdens in relating to one another, and how we experience the messages media sends us.