Should the NFL’s Players Have to Pay to Protest? 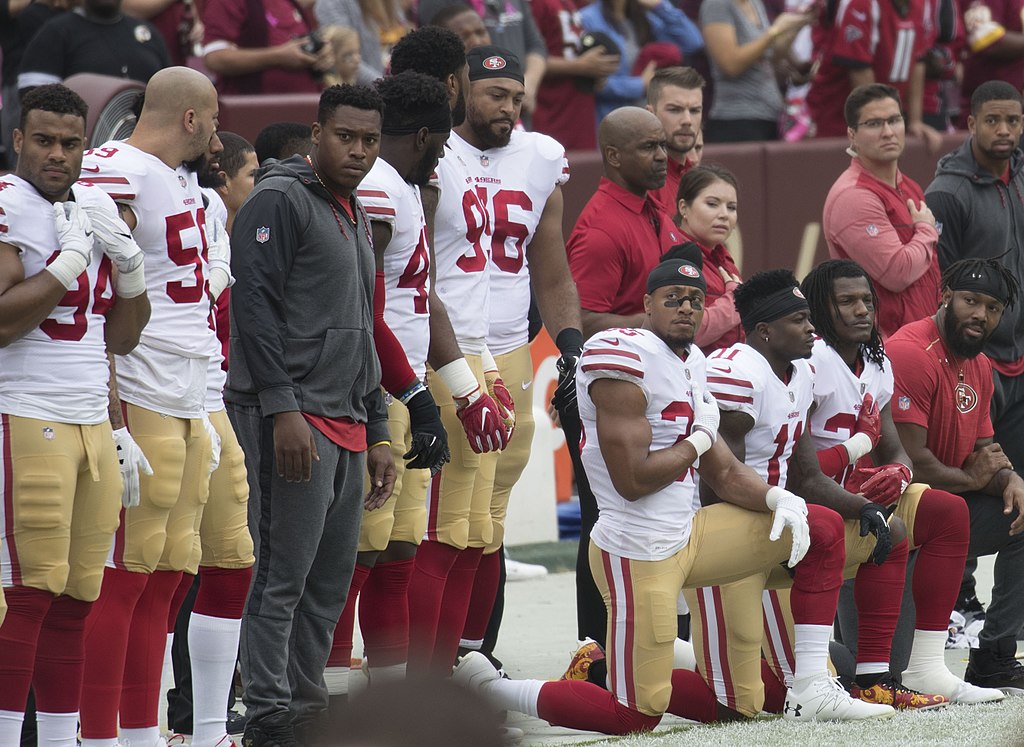 This May, the NFL announced a new policy—any team with a member who kneels during the National Anthem will have to pay a fine. The policy was decided by a vote of the team owners.  Union representatives for the players were not aware of the decision until it was announced. This new policy is a change in tone from the attitudes the league expressed last year and is a further development in an ongoing controversy sparked by players’ decision to protest by taking a knee during the National Anthem.  In August 2016, Colin Kaepernick made headlines for kneeling during the anthem in protest of violence perpetrated by police officers against people of color. Kaepernick no longer plays for the 49ers or any NFL team.  Amnesty International recently honored him with the 2017 Ambassador of Conscience Award.

The new policy mandates that players on the sideline “shall stand and show respect for the flag and the Anthem.” It may sound as if the players are being forced to express respect whether they feel it or not, but one key feature of the new policy is that it doesn’t require players to stand during the anthem.  Players who choose to protest may either willfully incur a fine on their team or may remain in the locker room while the anthem is played. Individual teams have the autonomy to decide how the fine is dealt with; the team can choose to pay it, or it can be imposed on the individual members who chose to protest.  On May 24, New York Jets owner Christopher Johnson announced that fines would be covered by the Jets rather than by players who saw fit to protest.  Moves like this by team owners are attempts to demonstrate respect for both sides of the debate.  Players may continue to protest without fear of punishment at the level of the individual, but the NFL and its teams will not have to deal with being viewed unfavorably by the public.

Some critics of Kaepernick and other players engaging in the same behavior argue that, though protesting is certainly warranted under some circumstances, and perhaps even that it is warranted under these circumstances, the form it takes, in this case, is inappropriate because it is unpatriotic.  The National Anthem is a potent symbol of our country. Kneeling while it plays disrespects the song and, by extension, the nation.  Some argue further that the United States was the country that made it possible for Kaepernick and other football players to make millions of dollars playing sports.  Protesting during the anthem of the country seems, to these people, to be ungrateful. They argue that this is simply not the forum to engage in this kind of behavior.

Supporters of the protest counter those claims in a number of ways.  First and foremost, they argue that the injustices faced by people of color in this country are far more pressing than any concerns about patriotism.  If injustices are happening (and they are), perhaps it is time that society at large stops telling people of color when and where it is appropriate for them to peacefully protest those injustices.  In fact, to many, it sure looks like this is exactly the right forum—these protests have generated widespread national discussion about racial injustice in this country.

Supporters argue further that kneeling is not a gesture of disrespect.  It’s not as if the protestors were extending the middle finger at the flag while the anthem played.  After all, kneeling is a posture that many people take when they pray. Protesters did not engage in the most outrageous form of protesting.  The simply assumed a prayer position rather than putting their hands over their hearts.

Many contend that it is not unpatriotic to exercise free speech rights.  In fact, taking advantage of the right to peacefully protest is perfectly consistent with the fundamental values of this country.  A smaller group of Kaepernick supporters argue that it is no real, justified criticism to refer to Kaepernick’s actions as “unpatriotic,” because blind patriotism isn’t something that we should value in the first place.  Nationalism can be an ugly thing. When a person commits to being blindly allegiant to their country, they are often willing to overlook bad actions performed in the name of that country. It also becomes easier to behave as if the interests of those who live outside of that country aren’t important.

Another point made by critics of this form of protest is that it could have been done in a way that didn’t insult the troops. For many people, the act of holding one’s hand over one’s heart during the anthem is an opportunity to show support and appreciation for those who fought and risked or even sacrificed their lives in service of the country.  In response to this argument, people are quick to point out that the National Anthem doesn’t have one and only one meaning. It means different things to different people. One of the most crucial guiding motivations behind the formation of our country was the value of freedom of conscience. People should be free to respond to the anthem in a way that is consistent with their values.

A further argument offered against the protests is that they are being done during work, not during the player’s private time.  What an employee does during the time that they are at work reflects on their employer. In most any other job, if an employee engaged in a speech act in their capacity as representative of their employer and that message was not something the employer wanted to be conveyed, the employee would be risking their job.  The new policy addresses this concern because it offers a third option. Players who don’t want to stand for the National Anthem don’t have to. They can stay in the locker room until it is over.

Major figureheads have weighed in on this controversy. In 2016, President Obama acknowledged the importance of the values emphasized on both sides of the debate but indicated that he respected Kaepernick’s exercise of his constitutional rights and encouraged both sides to listen to one another.  President Trump has repeatedly criticized the protests, and Kaepernick in particular. Nevertheless, Trump has extended an invitation to Kaepernick to participate in a summit on race later this year. 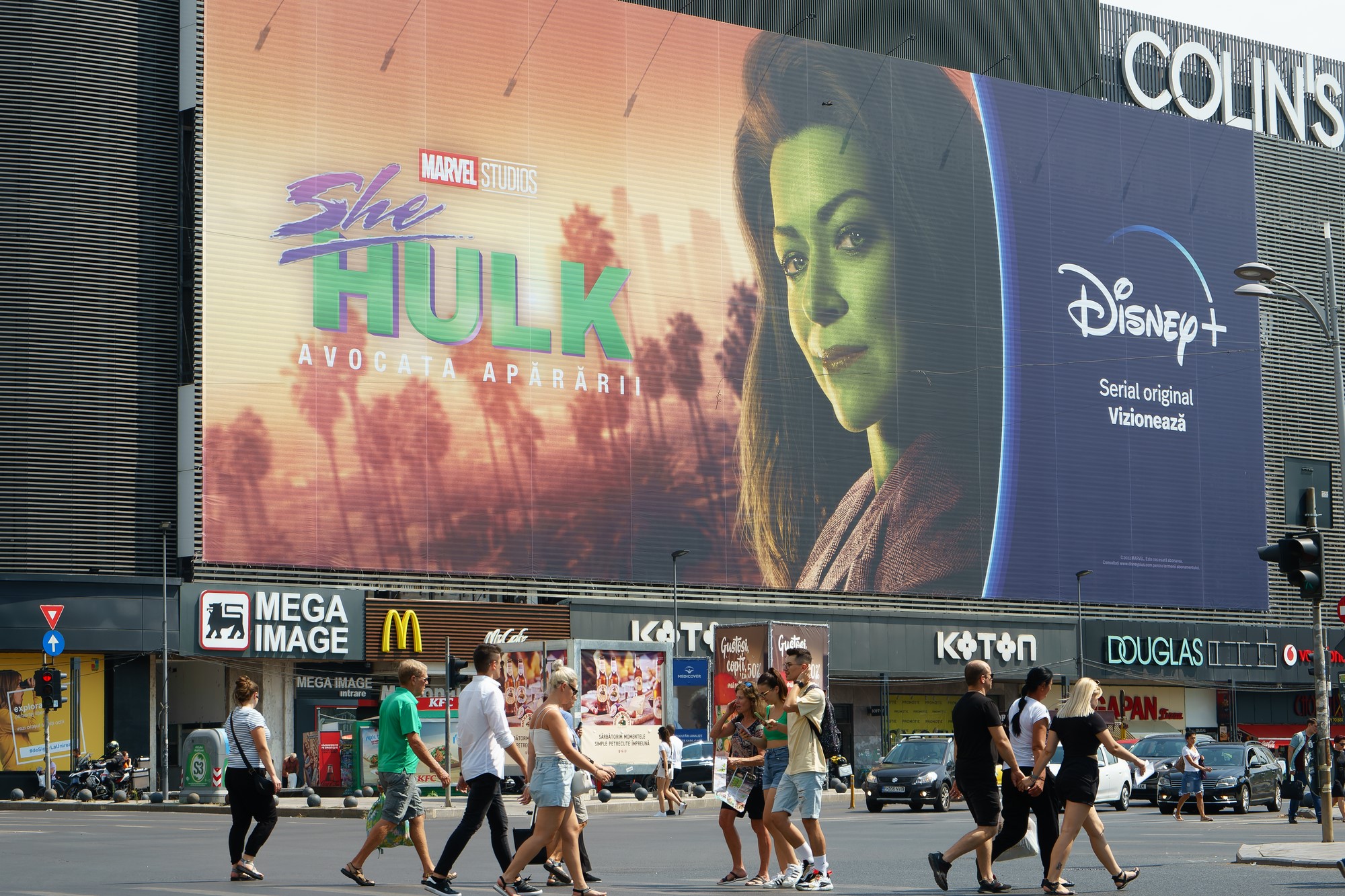 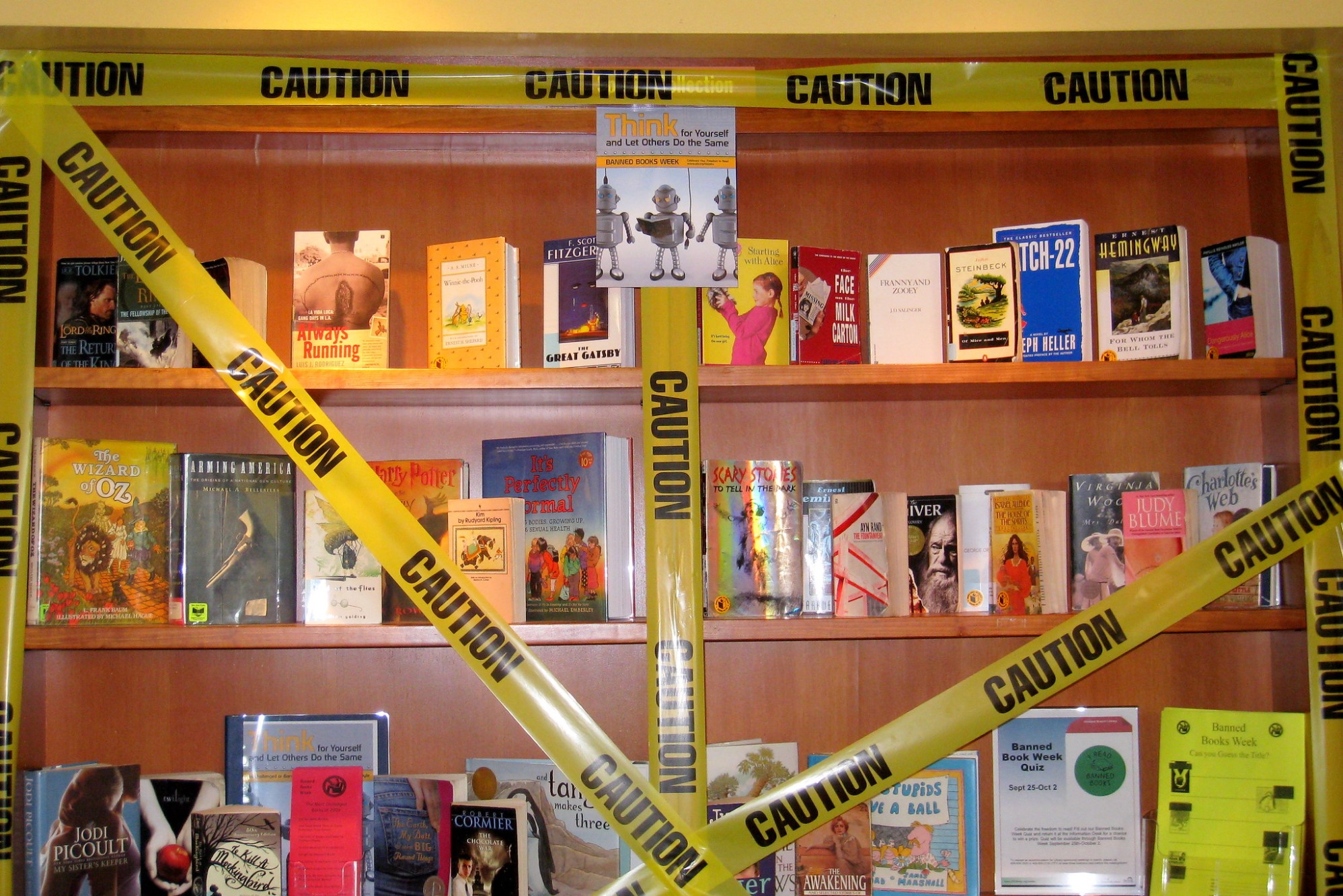 How do we tell which books facilitate or frustrate childhood education?
Benjamin Rossi
|