The Berkshire Museum and the Ethics of Selling Art 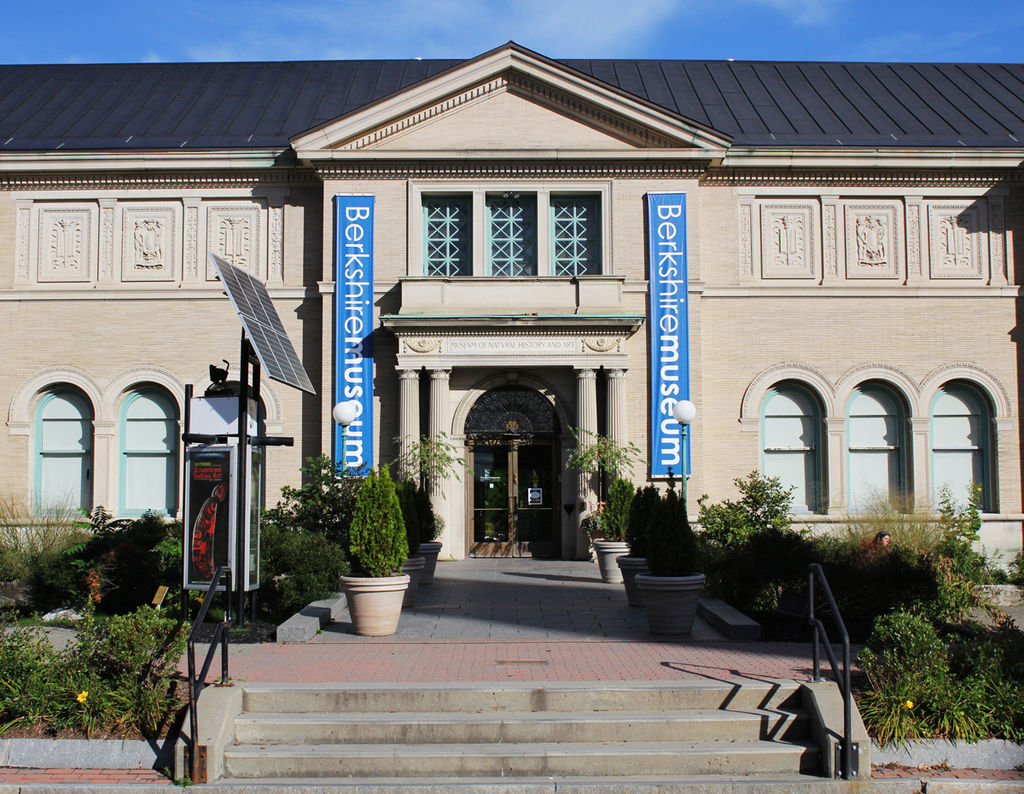 “Berkshire Museum 2013” by Berkshiremuseum is licensed under CC BY-SA 3.0 (via Wikimedia Commons)

The Berkshire Museum in Western Massachusetts, which has 40,000 objects in its collection, including both works of art and historical artifacts, plans to sell 40 works of art to help fund a building renovation and to add to its endowment. According to NPR, the museum sees this move as essential to its continued success and financial stability. Van Shields, executive director of the museum, claimed, “To survive, it is change, move, or die — we have to change… It is not about what we have. It is about who are we for.”

However, some in the larger world of art museums have protested the move. The American Alliance of Museums and the Association of Art Museum Directors reportedly urged the Berkshire to reconsider its decision. Particularly, some have objected to the fact that among the paintings to be auctioned are some paintings by Norman Rockwell, who lived his last 25 years in the same county where the Berkshire Museum is located.

The Alliance of Museums and the Association of Art Museums object to the Berkshire’s move primarily because they believe it violates the responsibility placed in the art museum by the public to care for, maintain, and protect its collection. The Code of Ethics for Museums from the American Alliance of Museums considers museum collections to consist in the common wealth of humanity, not the personal property of the museum itself. As such, a museum has the responsibility to ensure that the public has equal opportunity to enjoy and appreciate these works of art.

Consequently, museums cannot do whatever they please with the art in their collection. In fact, the Code of Ethics provides strict guidelines on when it is acceptable to sell works of art: “Disposal of collections through sale, trade or research activities is solely for the advancement of the museum’s mission. Proceeds from the sale of nonliving collections are to be used consistent with the established standards of the museum’s discipline, but in no event shall they be used for anything other than acquisition or direct care of collections.” Selling art to increase an endowment or renovate a building appears to violate this restriction in the Code of Ethics, because neither use involves the direct care of the collection or the acquisition of additional pieces.

Others in the museum world have argued that this guideline should be loosened. For one thing, the specific limitation that the proceeds of art works can only be used to acquire more art or directly care for the existing collection does not fully recognize possible financial threats to the continued existence of art museums. To carry out their mission of making it possible for the public to enjoy works of arts, museums must continue to attract donors and museum-goers. Patty Gerstenblith, a law professor at DePaul University in Chicago, makes a similar point in a 2009 New York Times article, discussing a different controversy involving a museum’s sale of art: “If it’s really a life-or-death situation, if it’s a choice between selling a Rauschenberg and keeping the museum doors open, I think there’s some justification for selling the painting.”

Of course, there were legitimate concerns that motivated the adoption of such a strict ethical guideline safeguarding works of art from the everyday financial pressures of running a museum. There is a fear, as expressed in the Times article, that allowing some museums to sell of works of art to pay the museum’s bills will be a slippery slope leading to a situation where museums routinely sell pieces of their collections to pay their general operating expenses. If such a practice became routine, the art museum’s central mission would seem compromised.

Thus, just because we agree on general moral principles, does not mean we will agree on how those principles are to be enacted in real life. I imagine most (if not all) directors of art museums believe that their mission is to safeguard the public’s common interest in our collective cultural heritage. Clearly such unanimity does not prevent sharp ethical disagreements from emerging, and professional societies would be wise to not grow complacent with the articulation of general principles. The devil is in the details.