On Thursday, August 18th, the NFL announced that DeShaun Watson, quarterback of the Cleveland Browns, will be suspended for the first 11 games of the upcoming season. In addition, he will be fined $5 million dollars and must enter counseling. The suspension follows an at least 25 women credibly accusing Watson of sexual assault, leading to two grand jury cases in Texas, as well as 24 civil lawsuits.

Watson has repeatedly denied these allegations, stating in a press conference after his suspension was announced that although he believes he did nothing wrong, he is sorry to “everyone that was affected about the situation. There was a lot of people that was triggered.” Both grand juries declined to indict Watson, and at the time of writing all but one civil case have been settled.

As per the collective bargaining agreement with the NFLPA, the NFL Commissioner has sole authority to determine punishment. After Commissioner Roger Goodell publicly stated that the league would pursue a full season suspension and appointed former New Jersey attorney general Peter C. Harvey to hear the appeal. Yet the league, the NFLPA, and Watson’s legal team agreed on this punishment prior to Harvey hearing the appeal.

Setting this particular punishment seems cynical at best. The first game Watson will be eligible to play sees the Houston Texans, Watson’s former team, host Cleveland. This game will likely be promoted as “must-see-TV.”

Further, the NFL previously offered Watson a 12-game suspension and ten million dollar fine, which his camp rejected. Despite having all the bargaining power, the NFL apparently decided it was appropriate to reduce the punishment they initially proposed. Perhaps they sought to avoid a court case which could have drawn further attention to numerous sexual misconduct allegations against team owners.

In response to what they perceive as the NFL’s failure of moral decency, many fans are left unsure of what to do. Some Browns fans have abandoned their fandom. However, since the league is under fire, this may affect fans of any team – admittedly, supporting the NFL through my lifelong Buffalo Bills fandom feels like a source of shame.

Some fans are trying to carve out a space which lets them watch games while avoiding complicity with wrongdoing. Many highly upvoted posts in a Reddit thread discussing the suspension call for, and celebrate, pirating NFL games.

By pirating (and piracy), I mean viewing games over the internet through unlicensed means.

What does piracy accomplish? The NFL gets billions a year in revenue from TV networks. The networks are willing to pay billions because the NFL dominates ratings – in 2021, regular season games averaged over 17 million viewers, NFL games made up the entirety of the top 16 most viewed programs that year, 48 of the top 50, and 91 of the top 100. However, because pirates do not contribute to these ratings – unlicensed viewers are not counted – it’s thought that they do not help the NFL profit.

A formal version of the argument implied by these posters might look like the following. Call it the argument for piracy:

1. The NFL is morally bad.
2. One should not be complicit with morally bad organizations.
3. Pirating NFL games does not financially support the NFL.
4. Financial support is a form of complicity.
// It is not immoral to pirate NFL games.

Proponents of this argument claim that they must avoid helping the NFL profit and will pirate games to fulfill this duty. Call them “principled pirates.” The behavior of principled pirates is somewhat similar to the behavior of people engaged in boycotts – which I have previously analyzed. However, there is an important difference. Unlike the boycotter, the principled pirate still consumes the products of the organization she is condemning. And therefore the two behaviors, and their morality, are distinct.

Before considering whether the argument for piracy succeeds, we should first briefly consider the argument against piracy. Piracy is illegal, which does not immediately imply immorality. Yet piracy is commonly viewed as theft, which is usually immoral (for discussion see Beatrice Harvey’s “Can Shoplifting Be Activism“). This is because the thief takes away something that others deserve, namely, their property. Suppose you stole the cash out of my wallet. I (hopefully) earned that money through my labor or just transactions, and as a result deserve to own it. Thus, your theft violates the moral principle of desert – you take something that I deserve, despite not deserving it yourself.

The argument for piracy undercuts this analysis in two directions. First, pirates do not take something. In the case of pirating sports broadcasts, they merely access something without permission.

So piracy might be more akin to sneaking into an empty movie screening than stealing cash – the theater still has the reel, and no one’s ability to watch the movie is impeded.

Second, the argument for piracy raises questions regarding desert. The NFL, as the Watson case suggests, seems willing to engage in immoral behavior for the sake of profit. So, the money they earn is not justly deserved according to the principled pirate. Thus, we should avoid contributing to the NFL’s profits and instead ensure our money goes toward more scrupulous organizations.

Ultimately, the argument for piracy, if correct, only justifies a particular kind of fandom. Specifically, one that does not contribute financially to the NFL – no attending live games, no watching legal broadcasts of games, and no purchasing officially licensed team apparel. Further, one should avoid buying products from the NFL’s sponsors. But given their sheer number, this is a difficult task.

Yet the argument for piracy faces even greater troubles. Closely considering line 4 – that financial support is a form of complicity – makes this apparent. We might call financial support “material complicity.” This occurs when one materially contributes to a cause, action or organization. If you, say, buy a jersey, a certain amount of that money goes to the NFL. Quantifying the effect of viewership is more complicated, but theoretically operates in a similar way.

There are other forms of complicity. Suppose that I pirate a game. The next day at work, I overhear some co-workers discussing the game and join in the conversation.

By doing so, I send a message to others: despite the league’s faults, their content is worth consuming and discussing with others. In this way, I am promoting their product and contributing to their success.

The argument from piracy outright ignores social complicity. Even illegal viewership, despite not benefiting the NFL directly, still promotes their interests in the long run – unless one watches the game and turns it off, never to think about it again, even piracy helps keep the sport front and center in the minds of others. And it is this primacy that makes the NFL perhaps the largest cultural juggernaut in the U.S.

So, what motivates the argument for piracy – the moral failings of organizations like the NFL – ultimately cause the argument to fail.

Principled pirates demonstrate a lack of integrity at best and are complicit in wrongdoing at worst. If watching legally is immoral, then watching in any capacity seems wrong.

Though perhaps there is some merit to the argument for piracy. One may instead view it as a matter of harm reduction. Principled pirates are not moral saints. But complicity comes in degrees; surely the person who is both materially and socially complicit is doing something worse than someone who is merely socially complicit.

Of course, the principled pirates could do less harm overall by not watching. However, they would likely turn towards consuming other content in place of NFL games. As media ownership becomes increasingly consolidated, it is more and more difficult to find content that is not linked to some morally troubling corporate behavior. Thus, it becomes harder to avoid complicity in wrongdoing via one’s media habits; the only way to have wholly clean hands may be to stop watching, listening, and reading altogether. 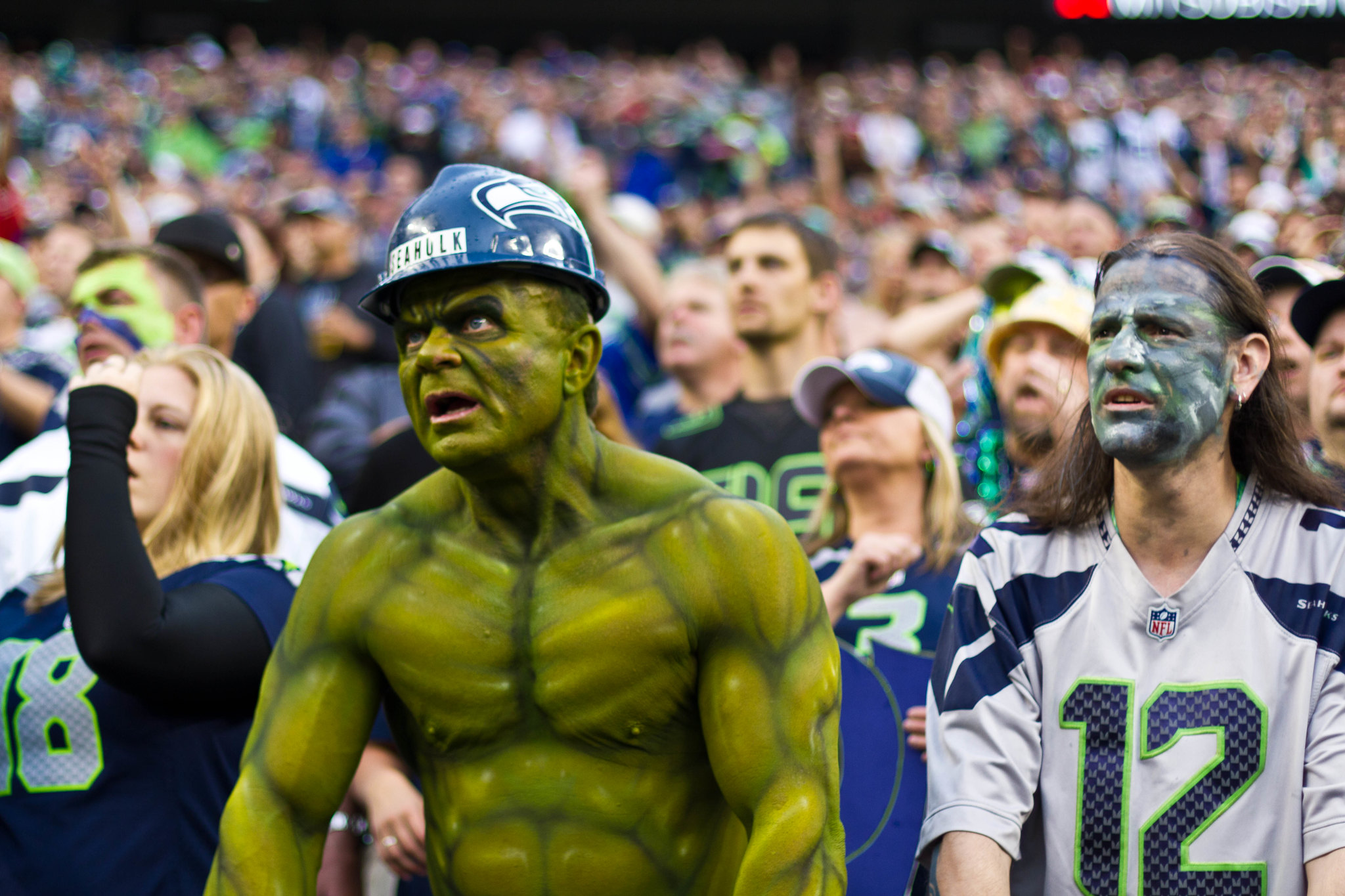