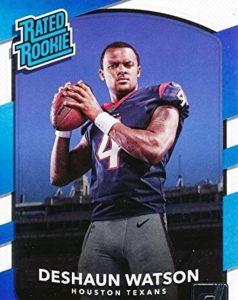 Deshaun Watson, the NFL quarterback who recently moved to the Cleveland Browns in a $230 million deal, has been credibly accused of sexual harassment or assault by 24 massage therapists. These allegations are not new: at the time that the Browns signed him this summer, there were 22 therapists who had accused him. Just this week, he settled out of court with 20 of his accusers, though several cases still persist.

Watson is not the only sports player to be accused of horrendous behavior. Manchester City’s Benjamin Mendy has been charged with raping five women; a player for their city rivals Manchester United, Mason Greenwood, is currently on bail after accusations that he raped and assaulted his then-girlfriend. (I have previously written about Ben Roethlisberger and Cristiano Ronaldo, the allegations they face, and how fans should respond.)

Neither player currently plays an active role for their club, but there have been calls for Greenwood to be reinstated – one only needs to search his name on Twitter to see those protesting for his return. The fans calling for his return either do not care that he has done something awful or they do not believe he could do such a thing (in spite of the video and audio clips his ex-girlfriend posted documenting his abuse).

Should these players be allowed to play after credible allegations?

That’s the question I want to take up – and, though I’ll focus on sex offences and hideous behavior towards women, my argument covers a whole range of bad behavior.

Relatedly, Kurt Streeter has argued in The New York Times that Watson should be barred from ever playing in the NFL: “A signal would have been sent: The N.F.L. is no longer willing to put the games and the myth and the money ahead of absolutely everything.” This needs to be a lifetime ban because previous suspensions for awful behavior – like domestic violence – have been for a few games, or half a season, and have had little impact and sent no such message. (There are reports that Watson will be banned for one year.)

Streeter’s argument really does seem to turn on sending a message: “The league needs to send the most potent message it can that sexual misconduct won’t be tolerated.” And his argument can generalize to all the other sports where players act with arrogance and impunity. But is this a good argument? And can it stand against the fact that Watson claims he is innocent and has yet to be found guilty in any legal realm?

Watson’s lawyer has claimed that “happy endings” were a common part of massage, while also claiming that Watson never had any sexual contact during a massage. A peculiar defense. Yet Watson was not charged on any of nine counts put before a grand jury in Texas. The importance of noting this is not, though, to argue that he did not do these things, rather it is to introduce an important distinction between the legal and the moral – and their standards of proof.

One potential response is that we should let the legal system do its job. This defense might carry some weight if we had a perfect legal system, but it is no surprise that rich and powerful sportspeople sometimes avoid appropriate legal sanctions. When Ben Roethlisberger faced allegations of sexual assault, the responding officer had earlier posed for a photo with Roethlisberger and arguably did not treat is accuser’s allegations with the seriousness we might expect – some witnesses claim that the officer was clearly on Roethlisberger’s side.

Further, there are issues with the standards of proof used in the legal realm. You need to show beyond a reasonable doubt that a crime has been committed. But in the moral realm, we might accept that there is a reasonable doubt over whether somebody has committed an offense while still thinking it is very likely they have done it – and wanting to distance ourselves from them as much as possible. You might not want to hang out with a former friend plausibly accused of murder who gets off on a technicality. We cannot rely solely on the legal system in making our moral judgments.

Still, this raises a further question:

should sports be in the moral business at all? Aren’t sports an escape from the rest of the world, a place where we can simply relax and enjoy the skills on display?

Well, no. This might be true of, say, a game of pick-up basketball or a pub league game of soccer. But it isn’t true of the major sports that deal in billions of dollars and attract millions of fans. These are major social institutions. And these institutions have influence.

Much as there’s a powerful objection to engaging with regimes that violate human rights – because to do so is to blemish ourselves morally – couldn’t there also be a similar objection to engaging with people who have shown themselves to be awful? One way of sketching this point is as Streeter’s argument: that major social institutions need to send a message that bad behavior won’t be tolerated. There might be a few reasons for this, but here’s a plausible one: social institutions should try to encourage morally good behavior!

But we can also sketch this in another way and extend Streeter’s argument. It isn’t just that the NFL needs to send a message that such behavior won’t be tolerated, it’s that the NFL’s own moral character is on the line. When FIFA, the world-governing body for soccer, placed the 2022 World Cup in Qatar, despite major concerns about workers’ rights (which have been validated in no uncertain terms), they signaled that they think it’s okay to engage with Qatar. But this isn’t just a signal, they revealed what they think is okay, and in doing so they blotted their own moral character. So, the Browns have blotted their own moral copybook by signing Watson, and the NFL blots its copybook by allowing him to play.

We can bolster this argument with one final important point: the fans are disgusted. Of course, some fans don’t care, some fans are willing to overlook this behavior. But many are appalled that the Browns have signed Watson and do not want him to play for the organization. Diehard Browns fan Robyn Lockher put the point forcefully:

It’s very difficult as a woman to love and support the team you grew up with, that’s been a family tradition your whole life, when it just feels like you’re not being respected or taken seriously by the organization at all.” She thinks Watson could have taken them to the Super Bowl, but thinks it isn’t worth it: :It’s just a shame we sold our soul to Deshaun Watson.

Fans want their teams to be the sort of thing they can respect, not employers of rapists or supporters of human rights abuses. And that solidifies the argument for why Watson should be banned:

we expect our sports and our teams to be morally decent and to care about where they spend their money and who they platform.

And we don’t just want our side to win, we want them to win in the right way, with players we can love and respect. That’s the point of these major sports institutions – the leagues and the teams – and when they fail to hit the standards fans expect they thwart the enjoyment they are supposed to provide.

Finally, I want to go over two potential rebuttals. Firstly, it’s worth noting the possibility of a mistake. The soccer player Ched Evans was found not guilty of rape on appeal after spending time in prison. This certainly does not show us that he had done nothing morally wrong, but it does open the possibility that some people will be credibly accused of a crime or a moral wrongdoing and not in fact have done it.

So, what should we do in those cases? Well, if an injustice is discovered, we should work to remedy it. But some injustices will be undiscovered, some good people will be banned while having done nothing wrong. My position is that it is a cost worth bearing. The alternative is to let rapists and abusers soak in the adoration of thousands of fans. The message that sends, what that indicates, might be more harmful than the possibility that someone unjustly has their career cut short.

Secondly, we need to be clear that this position does not undercut the possibility of redemption. On the one hand, we might think that even if a player is convicted and serves a sentence, we should allow them to reintegrate into society. America does a very bad job of this: it has high recidivism rates, people often struggle to find a job upon release, and many felons cannot even engage in the political system by voting after their release. Allowing sportspeople to return to a position of prominence once they have completed their sentences might be an important message against this punitive system.

But that doesn’t apply in our cases. Employing a sexual harasser who denies it, cheering for a rapist, idolizing a man who would assault his girlfriend and leave her bleeding – this is what we should seek to prevent. But were these figures to be found guilty, serve their time, and then reform, we would be dealing with a very different sort of case. One in which a person has shown that they recognize that what they have done is wrong. Though there may still be good arguments against allowing reformed abusers to compete, the argument above applies with less force: we would not be employing merely a wrongdoer, we would be supporting a wrongdoer who has shown us that they can recognize this wrongdoing and attempt to live their life in a better way. The moral story there is much more complicated.