In Defense of Space Tourism for Billionaires 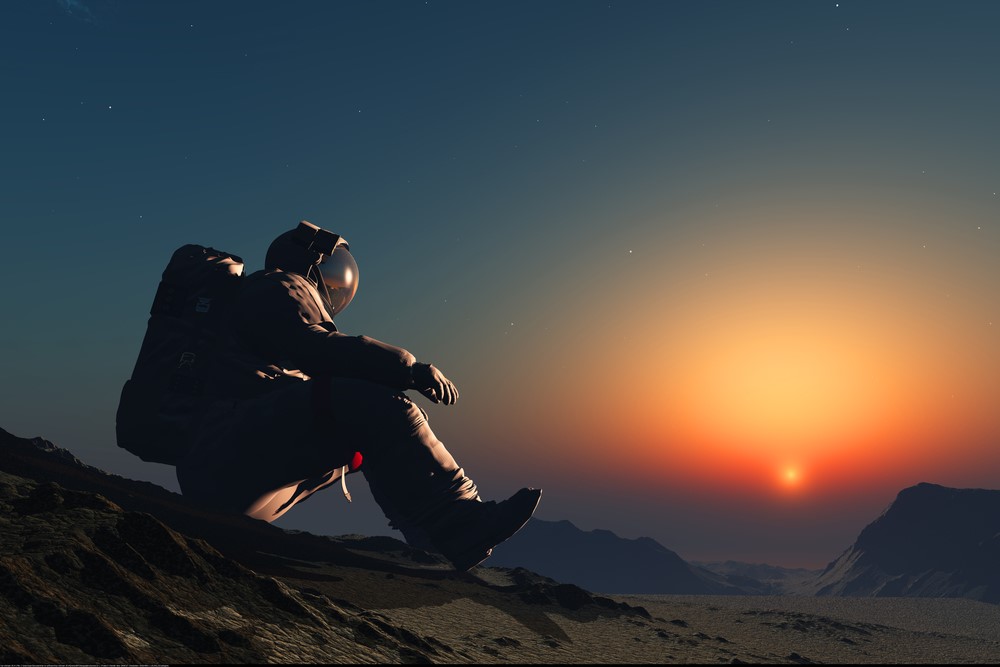 It is a powerful reminder of wealth inequality. It serves no direct scientific purpose. Yet, the billionaire class’s space tourism venture is cause for celebration.

Jeff Bezos, owner of Amazon and the richest man in the world, is heading to space today. Elon Musk and Sir Richard Branson, also multi-billionaires, have reservations for future spaceflights. This news has largely been met with a mix of amusement and negative moral judgment. Admittedly, it seems immoral for billionaires to spend large sums on the frivolity of space tourism while, here on Earth, there is such great need for their financial resources. A “fun trip to space,” our own A.G. Holdier writes, could “fully pay two years of tuition for thirty-three students at community college.”

This kind of consequentialist argument seems fairly convincing. Between the two options, it seems like community college would surely produce the better outcome. So, it seems like the moral choice. But a closer examination of this argument yields a more complicated picture.

Within consequentialism (of which utilitarianism is the best-known version), there are both “maximizing” and “non-maximizing” consequentialists. Each view suggests a different moral verdict on space tourism for billionaires.

Most of us seem to think that, with a few exceptions, ordinary tourism is generally above the threshold of moral permissibility. After all, every dollar spent is also a dollar earned. Tourism, besides being an enjoyable and enriching experience for the tourist, also creates jobs and income, and thereby reduces poverty and raises education and healthcare outcomes. Those all seem like good consequences that often compensate for the (e.g., environmental) costs.

In similar fashion, space tourism also generates jobs and income in the growing space industry. Like traditional tourism, it has certain environmental costs (a rocket launch releases about as much CO2 as flying a Boeing 777 across the Atlantic Ocean). The consequences of space tourism are largely comparable, in other words, to other forms of tourism.

Unlike other forms of tourism, however, space tourism has a morally significant added benefit: strengthening humanity’s capacity for space exploration. Given the choice between a billionaire funding the design, manufacture, and development of spacecraft and buying another luxury beachside holiday house, the former is surely preferable. Since space tourism produces a similar (or perhaps even superior) cost/benefit ratio to traditional tourism, that suggests that space tourism has a similar moral status. And most people seem to think that moral status is permissible.

But if producing the best consequences is what morality demands, then why should we stop at community college? Sure, that seems like a better way of spending money than sending a rich guy to space (and back). But we could instead spend that $250,000 a seat in the rocket capsule costs on the most effective international aid charities and save 50-83 lives. What’s more important? Reducing the student debt burden for thirty-three (disproportionately well-educated) people in the world, or saving 50-83 people’s lives? The argument against billionaires funding space tourism, it seems, works equally well against billionaires funding community college tuition.

The maximizing consequentialist position is now beginning to look extremely morally demanding. Indeed, even donating to moderately effective charities looks morally impermissible if we have the option of donating to the most effective ones. On this view, billionaire space tourism is indeed immoral because it fails to produce the best possible consequences. But that is a fairly uninteresting conclusion, given that this view also entails that just about everything we do is immoral. And this suggests there’s nothing particularly immoral about billionaire space tourism.

Of course, consequentialist moral arguments are not the only game in town. For example, A.G. Holdier provides a non-consequentialist argument against billionaire space tourism here. According to Holdier’s Aristotelian argument, we ought to focus more closely on the moral characters of those who would spend such large sums (of their enormous wealth) on something like space tourism instead of, for example, philanthropic causes. The sort who would do this, his argument suggests, are “simply not good people.” Someone who exhibited the Aristotelian virtues of “liberality” and “magnificence” would know how to use their money in the right kinds of way and at the right kind of scale. They would not spend it on “a fleeting, personal experience” while keeping it from “others who might need it for more important matters.”

While Holdier makes a strong case that Aristotle would condemn the space billionaires’ characters, I am less confident that he would condemn their spaceflights. On Aristotle’s account, our upbringing and life experiences contribute greatly to our character development and our acquisition of the virtues. Not everyone gets the right circumstances and experiences to fully develop the virtues, but the lucky few do.

The “Overview Effect” is an oft-reported and now well-studied effect of viewing the Earth from space. It is best summarized as a profound and enduring cognitive shift. Edgar Mitchell, an Apollo 14 astronaut, described the effect of seeing Earth from space as follows:

“You develop an instant global consciousness, a people orientation, an intense dissatisfaction with the state of the world, and a compulsion to do something about it.”

“I was really almost immediately struck with a sobering contradiction between the beauty of our planet on one hand and the unfortunate realities of life on our planet, for a significant portion of its inhabitants on the other hand.”

Yuri Gargarin, Scott Kelly and Chris Hadfield are among numerous astronauts who reported the same profound and lasting shift in their worldview upon looking back on Earth from space. Central to the effect is the sense that the world and humanity are a valuable whole that must be cared for and protected. If we really want these incredibly powerful individuals to do more for our planet and for humanity, indeed if we want their characters to improve, for them to become more virtuous, we should be cheering them all the way to their capsules — for their sake as well as for ours.