The Aristotelian Vulgarity of Billionaires in Space 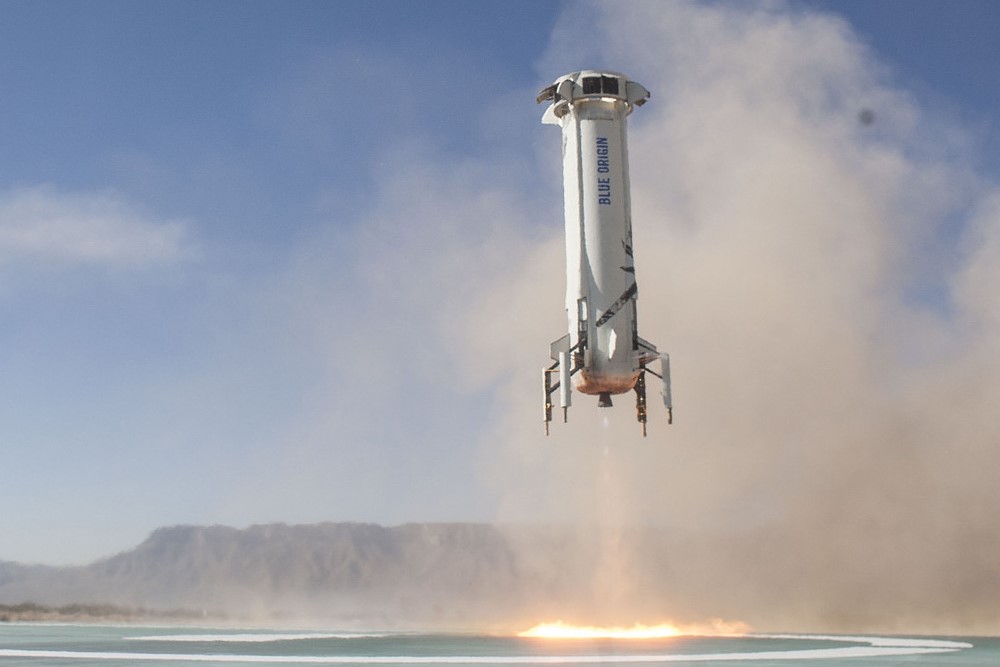 “Newshephard” by NASA is in the public domain

On July 11th, billionaire Sir Richard Branson (net worth: ≈$5,400,000,000) made history by becoming the first human to partially self-fund his own trip into space. An investor and entrepreneur who rose to fame after founding Virgin Records, Branson eventually expanded that enterprise into an airline, a passenger rail company, and — possibly in the relatively near future — a space tourism business. With a current price point of about $250,000 (and predictions that the price might nearly double), a ticket to space with Branson’s Virgin Galactic will cost roughly the same amount as the total annual grocery bill for 53 average U.S. families. A host of celebrities, including Tom Hanks (net worth: ≈$400,000,000), Lady Gaga (net worth: ≈$320,000,000), and billionaire Elon Musk (net worth: ≈$168,700,000,000) have already reserved their seats.

Recently, Carlo DaVia argued here that space exploration is, in general, morally impermissible (given the host of terrestrial problems that remain below the stratosphere). In March, Senator Bernie Sanders (net worth: ≈$1,800,000) criticized Musk (whose company is developing a space program of its own and whose personal wealth exceeds the GDP of 159 countries) for prioritizing interstellar tourism at the expense of ignoring needy families, telling the tech mogul that we should instead “focus on Earth.” (Musk’s reply was a textbook example of what DaVia calls the “Insurance” argument.) To make the kind of moral judgment Sanders is invoking, we could weigh the expected utility for “a fun trip to space” against the number of unhoused or uninsured people that the same amount of money could help. Or we could consider the duties we might have to our fellows and prioritize paying two years of tuition for thirty-three students at a community college instead of choosing to experience four minutes of weightlessness.

But Aristotle would say something different: billionaires who spend their money to take themselves to space are simply not good people.

While such a conclusion might sound similar to the other kinds of judgments mentioned above, Aristotle’s concern for human virtue (as opposed to, say, utility-maximization or respect for creaturely dignity) grounds this moral assessment in a fundamentally different, and also more basic, place. Rather than concentrating on the morality of a choice, Aristotle is persistently focused on the character of the person making that choice; insofar as your choices offer a window into your character, Aristotle believes them useful as potential evidence for a more comprehensive assessment, but it is always and only the latter that really matters when making ethical judgments.

Virtues, then, are the kinds of positive character traits that allow a human to live the best kind of life that humans qua humans can live; vices are, more or less, the opposite. Notably, Aristotle identifies that most, if not all, virtues are opposed by two vices: a deficiency and an excess. Just as the story of ‘Goldilocks and the Three Bears’ demonstrates, it is not only bad to have too little of a good thing, but it can be equally bad to have too much — real virtue, to Aristotle, is a matter of threading the needle to find the “Golden Mean” (or average) between each extreme. Consider a virtue like “courage” — when someone lacks courage, then they demonstrate the vice of “cowardice,” but when they have too much courage, they may possess the vice of “rashness.” On Aristotle’s model, learning how to live an ethical life is a matter of cultivating your habits such that you aptly demonstrate the right amount of each virtuous character trait.

In Book Four of the Nicomachean Ethics, Aristotle identifies at least two virtuous character traits that are relevant for thinking about billionaires in space: what he calls “liberality” and “magnificence.” Both are related to how a good person spends their money, with the first relating “to the giving and taking of wealth, and especially in respect of giving.” As he explains in NE IV.1, a good/virtuous person is someone who “will give for the sake of the noble, and rightly; for he will give to the right people, the right amounts, and at the right time, with all the other qualifications that accompany right giving.” Importantly, a good person will not spend their money begrudgingly or reluctantly, but will do so “with pleasure or without pain.” To lack this virtue is to have what Aristotle calls the vice of “meanness” (or caring too much about one’s wealth such that you never spend it, even to pay for things on which it should be spent); to have this virtue in excess is to be what he calls a “prodigal” (or a person who persistently spends more money on things than they rightly deserve).

So, while it might seem like Branson, Musk and others could be exhibiting prodigality insofar as they are spending exorbitant amounts of money on a fleeting, personal experience (or, perhaps, displaying meanness by stubbornly refusing to give that money to others who might need it for more important matters), Aristotle would point out that this might not be the most relevant factor to consider. It is indeed possible for a billionaire to spend hundreds of thousands of dollars on an orbital trip while also donating large sums of money to charity (Branson, in particular, is well-known for his philanthropic work), thereby complicating a simple “yes/no” judgment about a person’s character on this single metric alone.

But this is precisely where the Aristotelian virtue of magnificence becomes important. While many of the virtues that Aristotle discusses (like courage, patience, and truthfulness) are familiar to contemporary thoughts on positive character traits, others (like wittiness or shame) might sound odd to present-day ears — Aristotelian magnificence is in this second category. According to Aristotle, the virtuous person will not only give their money away in the right manner (thereby demonstrating liberality), but will also specifically spend large sums of money in a way that is artistic and in good taste. This can happen in both public and private contexts (though Aristotle primarily gives examples pertaining to the financing of public festivals in NE IV.2) — what matters is that the virtuous person displays her genuine greatness (as a specimen of humanity) by appropriately displaying her wealth (neither falling prey to the deficiency of “cheapness” or the excess of “vulgarity”). Wealthy people who lack magnificence will spend large sums of money to attract attention to themselves as wealthy people, putting on gaudy displays that are ultimately wasteful and pretentious; virtuous people will spend large sums of money wisely to appropriately benefit others and display the already-true reality of their own virtuousness.

So, when Aristotle describes the “vulgar” person as someone who “where he ought to spend much he spends little and where little, much,” he might well look to Virgin Galactic’s founder and soon-to-be customers as people lacking the kind of good taste relevant to virtuous magnificence. Such outlandish displays of extravagant wealth (such as the would-be tourist who paid a different company the non-refundable sum of $28,000,000 to ride to space, but then canceled their plans, citing “scheduling conflicts”) fail to meet Aristotle’s expectation that the magnificent person “will spend such sums for the sake of the noble” (NE IV.2).

Ultimately, this means that Aristotle can side-step debates over the relative usefulness of space travel versus philanthropy or deductive analyses of the moral obligations relevant for the ultra-wealthy to instead speak simply about how such choices reflect back upon the character of the person making them. For a contrasting example, consider MacKenzie Scott; since divorcing billionaire Jeff Bezos (net worth: $212,400,000,000) in 2019, Scott has donated over $8,500,000,000 to a wide range of charities and non-profit organizations. Asking whether or not Scott was morally required or otherwise obligated to make such donations is, on Aristotle’s view, beside the point: her choice to spend her money in noble ways is instead indicative of a good character.

Meanwhile, Scott’s ex-husband is scheduled to make a space flight of his own tomorrow.