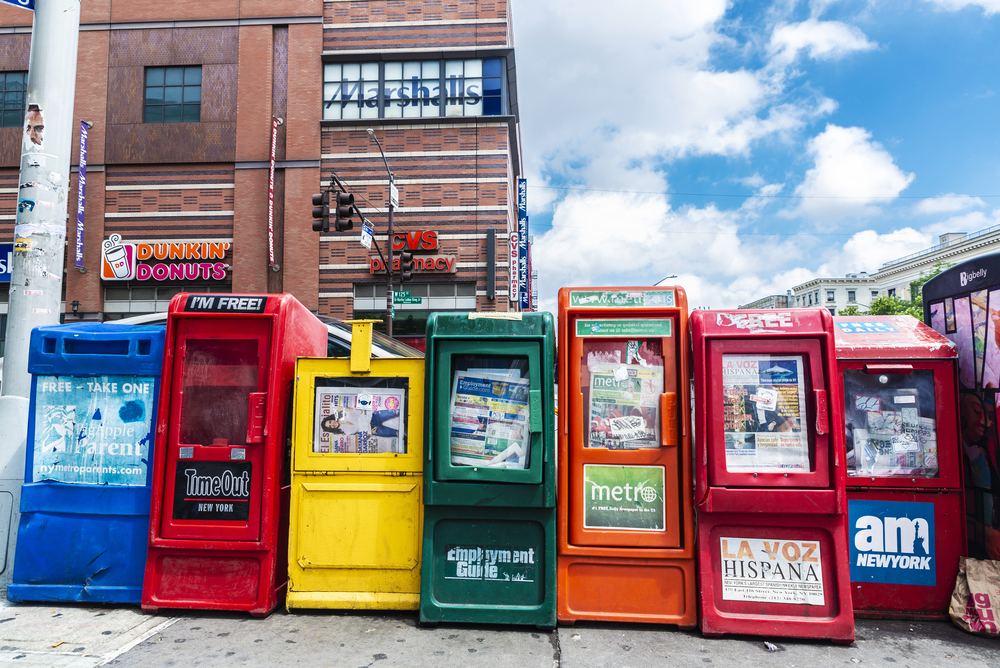 Not long ago it was revealed that David Brooks, well-known opinion columnist for The New York Times, and Malcolm Gladwell, long-time New Yorker journalist, had received financial compensation for lending their journalistic credibility to different corporate ventures. Brooks used his column on multiple occasions to talk up a project to which he had significant financial ties — a fact he failed to disclose to his audience or his editors — while Gladwell continues to feature prominently in General Motors’s recent environmental vehicle campaign. To many, these celebrity endorsements may not seem like grave offenses; Brooks and Gladwell simply leveraged their notoriety to their financial advantage like anyone else might. On what grounds could one possibly object? Surely it would be unfair to demand that journalists be held to a higher standard than their peers and forgo all those financial incentives that so many other professions unabashedly enjoy.

It’s often suggested that over-policing possible conflicts of interest leads to absurd results. We don’t want to demand that journalists be so disinterested as to require their withdrawal from public life. We would be doing ourselves a terrible disservice to bar those often best-informed and civically-minded from public work. We shouldn’t bind the hands of those best-positioned to do the most good. Everyone should have a stake in the social projects of their communities and feel free to get their hands dirty.

Following this line of defense, Brooks and Gladwell’s endorsements have been characterized as nothing more than the benign by-product of a personal hobby. Gladwell speaks of his private passion for autos (a self-professed “MASSIVE car nut”), and Weave is described as Brooks’s pet project. Their advocacy, then, is simply an immediate reaction to their emotional investment with, connection to, and curiosity in those specific enterprises. There’s no reason to assume nefarious intent; these writers were simply overwhelmed with zeal and couldn’t wait to share the good news with the rest of us.

But there’s a significant distinction that separates championing a cause from promoting a product. Believing in something and rallying support behind it doesn’t require reducing one’s audience to corporate marks. Journalists shouldn’t sully their reputations by engaging in manipulation. Confronted by these allegations, Gladwell has claimed that if he’s guilty of being bought, then all of journalism has been similarly corrupted by relying on advertising dollars to sustain itself. There is, however, a marked difference between the banner ads adorning a periodical’s website and a journalist voicing support and throwing their weight behind a brand. When reporters start delivering the testimonials, the line meant to establish journalistic independence gets blurred and the waters get muddied. (Consider, for instance, this ad presented as an interview and even invoking the name of one of Gladwell’s popular investigative works.)

That said, criticism of Brooks and Gladwell’s behavior tends to draw our focus to the wrong thing. Failure to disclose isn’t the most damning sin Brooks committed, and his after-the-fact admissions can’t rectify the harm. Likewise, the potential for conflicts of interest doesn’t adequately capture the risk Gladwell’s paid endorsement poses. These actions, at bottom, violate the cardinal rule of journalism: Journalism’s first obligation is to the truth, and its first loyalty is to citizens.

It would be naive to think Gladwell’s corporate partners fail to appreciate what they are buying. Gladwell’s position is decidedly different from that of his commercial co-stars. He is not a mere entertainer; the value of his endorsement isn’t based on his ability to define what “cool” is. People give weight to Gladwell’s words because he promotes himself (and is promoted by institutions of journalism) as having the inside track on truth. Gladwell’s work weaves a complex story uniting social science and statistics — connections that are unintelligible to the rest of us. He divines the true way of the world and delivers these pronouncements to the masses. What Gladwell is selling, then, is a unique capacity for truth-telling. His trustworthiness depends on the public’s faith in the profession. His credibility and the credibility of the institutions he represents (just like Brooks’s) relies on transparency, accuracy, and unerring loyalty to the public. We believe him insofar as we believe journalism aims to benefit we, the people. To serve another master is to break this sacred bond. It is fidelity to this purpose – pursuing truth in the people’s name – that separates the devoted journalist from the faithless mercenary or fanatical partisan.

This is hardly the first time Gladwell has come under scrutiny for failing to respect the firewall we’ve erected to divide truth-telling journalists from marketing shills. But whether it’s speaking engagements, product placements, celebrity endorsements, or faux journalism, the rules of neutrality never change. The Society for Professional Journalists code of ethics is uncompromising in its guidelines about preserving journalistic independence: “Remain free of associations and activities that may compromise integrity or damage credibility.” The profession’s ethical code exists to defend the virtue of the entire field from those who would undercut it. For journalism to capably serve its necessary functions – as public forum, watchdog, and voice for the voiceless – it must be above suspicion.

It would be easy to dismiss these actions as isolated, one-off transgressions, but the consequences extend far beyond the responsible parties. These dealings undermine not only Brooks and Gladwell’s credibility, as well as that of The New York Times and The New Yorker, but also erode confidence in the profession as a whole. They threaten the finite, shared resource of public trust — a good that we are in greater need of now than ever.