The Ethics of Escapism (Pt. 1) 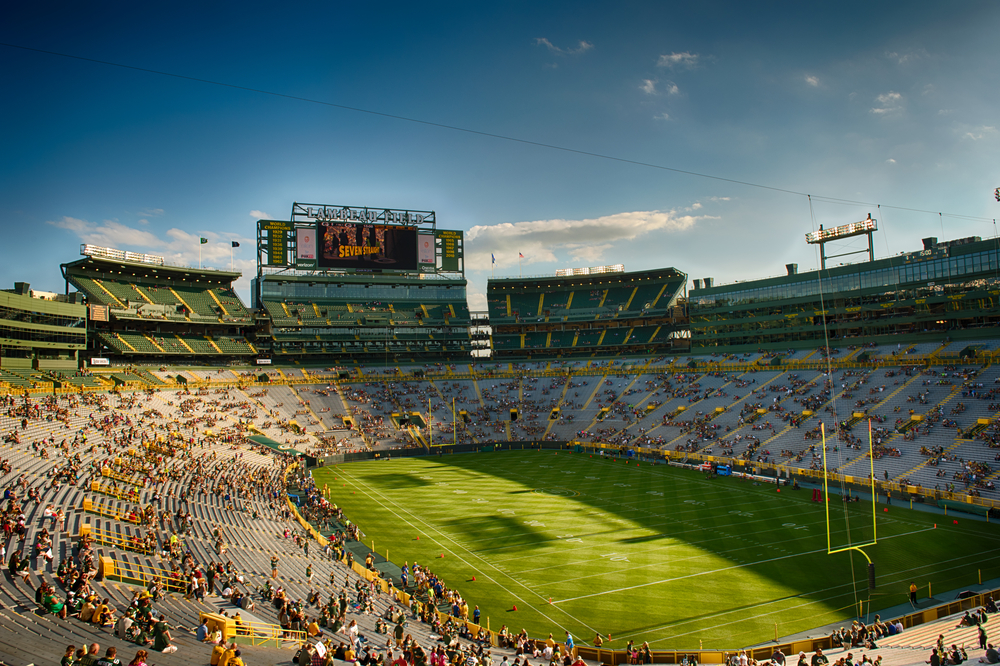 The NFL will imprint “End Racism” and “It takes all of us” in the end zones of stadiums in lieu of team logos. NFL Commissioner Roger Goddell stated that “the NFL stands with the Black community players, clubs and fans confronting systemic racism,” a commendable sentiment. The NFL will also allow coaches and officials to wear patches embroidered with “social justice phrases or names of victims of systemic racism.” Many coaches have signalled their support for the league’s latest policies and its general shift towards allowing sociopolitical issues into the game. Adam Gase and the entire coaching staff of the New York Jets will wear “Black Lives Matter” throughout the 2020 season. Mike Tomlin, head coach of the Pittsburgh Steelers, used this summer’s protests to speak with his team about social justice while also calling out the league’s lack of diversity. Even Bill Belichick, who is famously averse to “off-field distractions,” has welcomed these social justice conversations into the locker room. The NFL is but one example of the invasion of sociopolitical movements into entertainment.

The politically blank pages of one’s life are disappearing. No longer can one turn on late-night television to escape politics. No longer can one watch post-game interviews without being reminded of the social discord. No longer are Academy Award acceptance speeches devoid of political advocacy. These spaces are politicized. While late-night talk show hosts, athletes, and actors have undoubtedly revealed their politics and championed social values in the past, such revelations were notable because they were atypical. Now, they are the norm. As comedy writer Blayr Austin notes, “There’s never a moment reprieve from the chaos of news.”

Perhaps this transformation of those previously unscathed spaces of entertainment ought to be celebrated. There are at least three reasons to think so. Firstly, the entertainers — athletes, musicians, actors, and business personalities — are members of society, too. It may be unfair to expect them to silo their personal political preferences from their public work so that some of their fans can enjoy an escape from the so-called “chaos of the news.” But while entertainers are not entirely removed from society’s ills, they enjoy a comfortable arm’s length distance from it and the everyday reality of average civilians. Secondly, entertainers may be necessary catalysts for the desired change. But of course, the flipside is also true: entertainers may be necessary catalysts for undesired change (See my piece, “Novak Djokovic and the Expectations for Celebrity Morality”). Thirdly, some may argue that their silence will only serve to perpetuate the social ills debated today — systemic racism and racism injustice come to mind. But using this argument as a reason to compel entertainers to be political would obligate entertainers to “speak out” and raise awareness on a whole host of ills without any sense of how the ills should be prioritized, while also assuming that the classification of some social developments as “ills” is always beyond doubt. Ending racism and sexism are goals we might all agree on, but are inclusion riders equally unobjectionable? This third reason is also problematic because it conflates permissive conditions with obligatory participation. While silence on a social ill may permit the ill to continue unabated by criticism, silence is not an instrument of enacting that ill. In other words, silence is not the act that propagates the ill — even if it permits the ill to occur — which is an important distinction to understand when discerning proper responses to social developments.

But what about the fans who may find this blending of social justice and politics with entertainment suffocating (even if they do are sympathetic to the cause)? Is it wrong for them to feel that way? Is it wrong for a fan to seek a 3-hour reprieve from the omnipresent sociopolitical tumult by watching football? There are at least three reasons to think so.

Firstly, the ability to escape from the omnipresent sociopolitical tumult is not a luxury that every individual enjoys, especially if that tumult intimately affects an individual; therefore, the escapist fan should not want such an escape or, at least, the vehicle of entertainment (e.g. the NFL) should not address his or her escapist desire (e.g. not be reminded of the unjustified police killings and destructive demonstrations while watching the game). Yet the principle that underlies this reason would imply behavioral and attitudinal changes that others would find ridiculous. I should not complain to my landlord about the malfunctioning A/C in my apartment because, after all, some people suffer in far hotter climates without it. I should not want to go to the gym to clear my head because some people do not have access to gyms or other means of clearing their head. These examples are absurd, but so, too, is the argument.

Secondly, the fan should not be critical of the blending of social justice and politics with entertainment suffocating because he or she is not obligated to watch. Social media plays host to some version of the following exchange: “I don’t like how political football/the Tonight Show/the Oscars has gotten!” which is invariably followed by the retort: “Well, you don’t have to watch!” But of course, such a statement does not resolve the conflict. Suppose the conflicted spectator only watches professional football and finds pleasure in the 21 weekends of games from September to February. To tell him or her “You don’t have to watch!” is akin to saying “You don’t have to participate in your favorite hobby/interest/game/mode of necessary relaxation!”

Lastly, the fan should be held to the same standard as the entertainer: to be silent — to escape — only serves to perpetuate the existing ills that have fomented the never-ending barrage of news and the social fractures, therefore it is wrong to seek the reprieve. Do not sports, late-night talk shows, and award shows celebrating cinematic achievement pale in comparison to the problems yet to be resolved in our community? Maybe so. But does this mean that one is wrong to seek a political-free zone of entertainment? If the answer is yes, then it seems we must always be on-watch, always be advocating, always be consuming the news, always be active in resolving all of society’s ills, and always be denying ourselves an escape — however short, however trivial — from our contentious, divisive, and oft-disappointing reality.