Utilitarian Arguments During COVID: A Symptom, Not the Answer 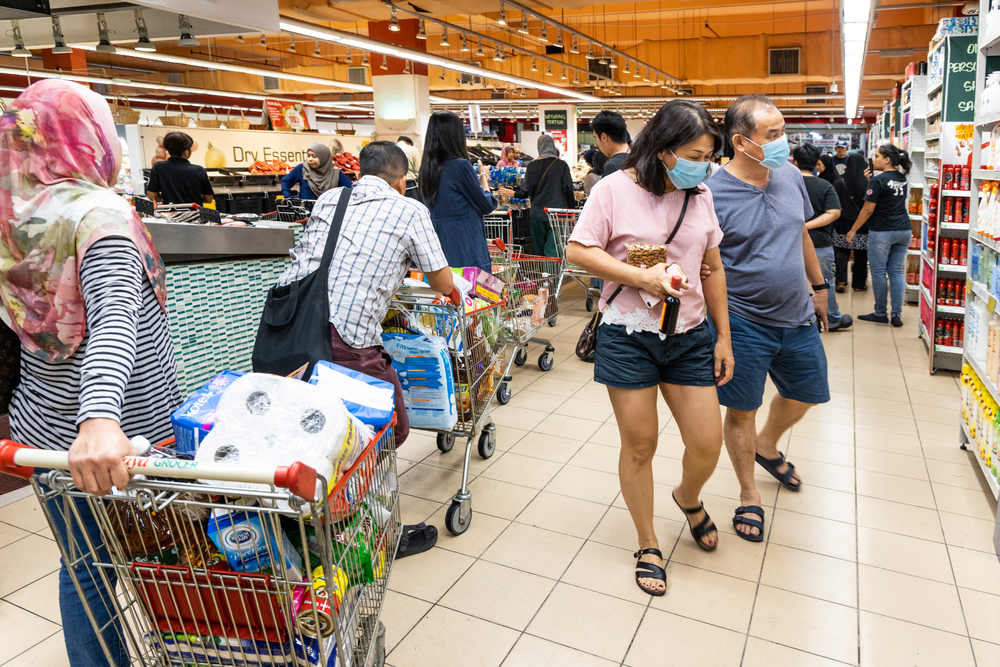 As the consequences of the spread of COVID-19 and of the economic recession that it has caused become slightly more clear to us, President Trump has emphasized his belief that American citizens should think of themselves as warriors as he believes that the economy should re-open, noting, “I’m not saying that anything is perfect, and yes, will some people be affected, yes, will some people be affected badly-yes but we have to get our country open and we have to get it open soon.” The upshot of this thinking is apparently that some may need to sacrifice their lives for the sake of economic recovery. Indeed, this has led many to begin analyzing this dilemma as a utilitarian one. Peter Singer has posed the issue this way, as have others urging for a re-opening. But is this really a helpful way to understand the problem being faced?

After all, even if restrictions were lifted today polls have shown that most Americans do not believe it is safe. If people are reluctant to return to work and reluctant to engage in economic activity, the economy will suffer anyways in addition to many more people dying. The choice is not between economic suffering or more death; that will happen no matter what. The choice is between how much economic suffering we can hope to mitigate and how much death we can hope to mitigate. We then have to face the “big” philosophical questions like how much a human life is worth? But consider a different moral dilemma: If an airline’s negligent policies led to a plane crash where there was no food and no hope of rescue, survivors may be faced with the prospect of eating those who died in the crash in order to remain alive. What should the public take away from an accident like this? Should it be investigating what policies need to be in place to prevent future crashes and to ensure that if one does occur that there are rations for survivors, or should the upshot of such an ethical dilemma be that there is a utilitarian argument for eating Steve? How should we define the problem?

According to American philosopher John Dewey, one of the defining characteristics of the scientific revolution is when we stopped taking observed phenomena as the final or conclusive by itself, and started to see them as problems to be experimentally investigated in terms of the means required to produce them and the effects that they produce. If we perceive a stick that bends as it is placed in water, we do not claim to know that the stick bends in water; the perception creates a problem for investigation in terms of how optics allows for such a perception. It is this intelligent investigation into the relationship between means and ends that allow us to control and regulate our experiences. Applying this lesson to ethics, Dewey notes in Experience and Nature that when we take what we value to be a problem, “it implies intelligent inquiry into the conditions and consequences of a value-object.” What does this tell us about how to define moral problems?

The present situation may lead us to believe that we are facing an ethical problem with two conflicting aims: do we re-open the economy in order to help reduce long-term suffering or do we keep lock-down regulations in place to prevent more deaths? The question has been posed by even the likes of Anthony Fauci who asked this week, “How many deaths and how much suffering are you willing to accept to get back to what you want to be some form of normality sooner rather than later?” As noted, either way there will be suffering and pain and we can try to figure out ways to mitigate that suffering, but perhaps the lesson to be learned is not how to choose between these conflicting aims, but how to prevent those aims from conflicting in the first place. The dilemma being faced between economic suffering on the one hand, and death on the other is not the definition of the ethical problem, but a symptom of it. When we examine the conditions that lead to this conflict and the consequences that follow from it, the moral conclusion to reach is determining what steps are necessary to prevent a conflict between keeping people alive and preventing economic disaster in crises like these.

It is no secret that one of the factors which exacerbates the dilemma between economic health and public health is the rise in economic desperation. Unemployment rates are hitting levels associated with the Great Depression. Food banks are being overwhelmed. 20% of Americans were unable to pay rent for May. It is no wonder that a growing number is desperate to return to work and this urgent need only makes the problem worse. But even before this year roughly 40 million people depended on food banks. Millions lived paycheck-to-paycheck and 30% of adults had no emergency savings. There are plenty of ways of measuring a successful economy, but had there been greater efforts to secure the economic stability of average citizens, the crisis they are facing would not have been as bad.

Government policies to help citizens facing an economic crunch is one way to help mitigate the problem. However, for most Americans a single $1200 check is insufficient. In Canada, the government response has been more comprehensive: the Canada Emergency Response Benefit (CERB) is providing $500 a week for 16 weeks. The government is also subsidizing wages to ensure that employees can retain their jobs. Efforts like this are a help in removing some of the urgency of re-opening compared to the situation in the United States, but such policies cannot be maintained forever. One of the lessons that perhaps should be learned is to focus less on isolated figures like GDP growth or unemployment rates, and more on ensuring individual economic security against threats to economic activity (this includes a potential second-wave, a future virus, armed conflict, or even climate change).

On the public health side of the dilemma there are also lessons that could be learned. In January, most public figures in North America were still downplaying the threat of the coronavirus. As a result, travel continued unabated, medical equipment was not stockpiled, and the public was not given a heads up about what was coming. As Fauci has admitted, the slow response did cost lives. Had governments and other institutions responded faster, the crisis would not be what it is now. The hard-moral work moving forward is going to be figuring out the conditions that were in place that allowed the problem to become worse. For example, the Trump Administration has no bio-ethics committee (something presidents have had going back to the 1970s). Such a board can help policy makers understand the potentially relevant ethical issues relating to preparation for a public health crisis. Improving methods of handling similar health crises may help prevent them from becoming serious threats to the economy.

The moral imperative for the public is not to go out and consume, but to make sure that that policy makers have plans in place to prevent the next crisis from becoming as bad. Much of this does not help the current dilemma, but that is sort of the point. Allowing the problem to get this bad means that options become limited, time becomes limited, and it makes the public more likely to panic and make rash decisions. Looking to utilitarian ethics in this situation is like relying on a rope made of bedsheets to escape a 10-story apartment fire; it may be a valid option (or not), but ultimately the wise thing is to make sure that future apartments have an adequate sprinkler system so that we do not need bedsheet solutions.