Novak Djokovic and the Expectations of Celebrity 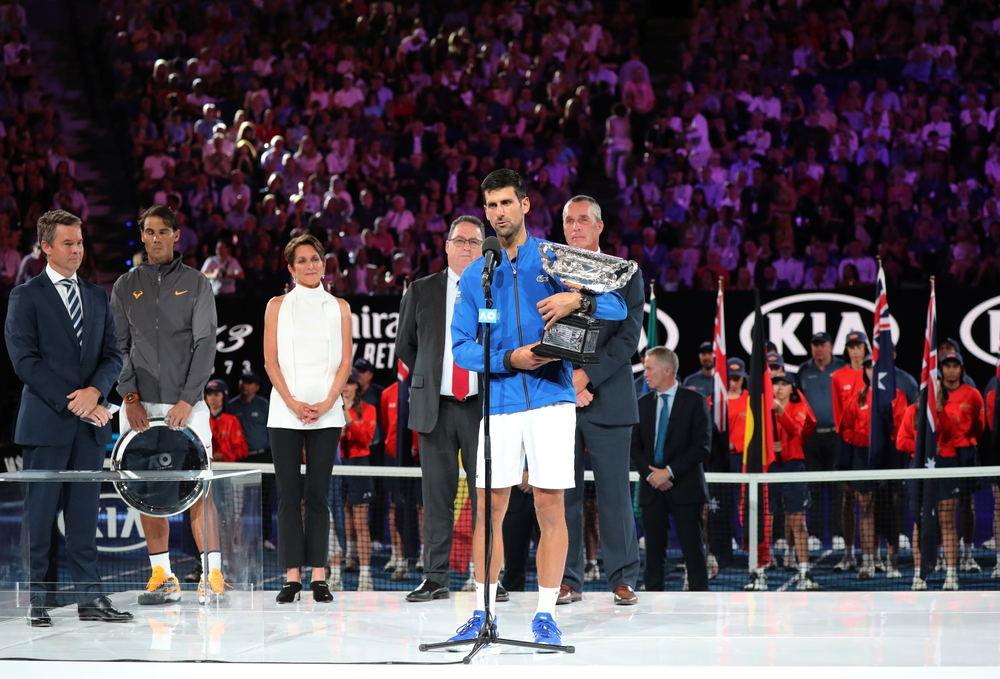 Novak Djokovic created controversy amidst the coronavirus pandemic. While a vaccine for COVID-19 has yet to be developed, the world No. 1 of men’s tennis expressed resistance to possible compulsory vaccinations for professional tennis players when the tour resumes. “Personally I am opposed to vaccination and I wouldn’t want to be forced by someone to take a vaccine in order to be able to travel,” he said in a live Facebook chat.

Rafael Nadal, the world No. 2, waded into the debate and rebuked Djokovic’s apparent refusal to comply with the potential compulsory vaccination. “If the ATP or the International Tennis Federation obligates us to take the vaccine to play tennis, then we will have to do it,” Nadal said. “It’s about following the rules, nothing more than that.”

Djokovic’s resistance to vaccinations is a manifestation of his both belief in natural healing and prioritization of personal liberty. That he would risk severe penalty or possible cessation of his career, prematurely interrupting one of the greatest runs in the history of men’s tennis—and all of the complimentary millions in prize money and endorsement deals—is telling of how seriously the world No. 1 holds this conviction. That an athlete of such esteem and renown would express this conviction at a turbulent time in the health of the world is nothing short of significant. His public stand against vaccinations for himself represents an ethical dilemma about celebrity morality. This dilemma is reflected in one of his comments: “I have expressed my views because I have the right to and I also feel responsible to highlight certain essential topics that are concerning the tennis world.”

Given his fame and stature, should Djokovic exercise caution in taking moral stands? Does greater fame demand greater responsibility from celebrities? Or should they enjoy the same freedom that normal civilians do to express publicly the views they hold privately?

There are at least three reasons to believe celebrities ought to be constrained by greater responsibility. Firstly, the internet is conducive to a rapid and unfettered spread of information. A comment, phenomenon, or craze can promulgate and take hold of the public psyche before there has been a chance to assess its virtue or utility. Writing for the Journal of Business Ethics, Chong Ju Choi and Ron Berger assert that the internet has allowed the influence of celebrities to extend far beyond their respective industries of work. Now, more than ever, celebrities can be heard and listened to.

Secondly, younger generations in particular are susceptible to the influence of celebrities. Choi and Berger observe that “the younger generation is experiencing a combination of consumer crazes and bandwagon effects.” During a global health emergency, this effect could be rather damaging and dangerous. Many young people were already dismissing the gravity of COVID-19, opting to proceed with their travel plans unabated rather than help to mitigate the virus’s spread. Seeing a world-renown athlete mull over refusing vaccination could help justify their behavior or motivate similar behavior. (However, it does not logically follow from a celebrity’s public expression of a stance that the celebrity’s fans will adopt that stance as their own.)

Relatedly, celebrity morality can confer credibility and cache upon movements that are thought to be dubious. Celebrities have supplanted traditional sources of moral guidance (such as religious figures). Their endorsement is a desirable commodity for any movement. In Novak Djokovic, the anti-vaxx movement has found a spokesperson. Djokovic arguably rivals all celebrity anti-vaxxers and vaccination-skeptics in terms of global fame.

Conversely, there are at least three reasons to believe that celebrities ought not to be constrained by greater responsibility. While the attention of a wide audience and the power of global influence might be a reason to constrain celebrity morality, it is also a reason for precisely the opposite. Those blessed with the megaphone of celebrity can prove to be an effective voice for good. Attention for issues oft-ignored and progress towards a morally righteous end can sometimes only be achieved by the intervention of someone who has many followers. University of Virginia religious studies professor John Portmann argues that celebrities are able to elevate the presence of particular issues, “making ethical and moral debates important” to a public that idolizes famous people.

Among other stars of their time, Sammy Davis, Jr., Nina Simone, and Marlon Brando are credited with increasing the visibility of and spurring on the civil rights movement in the U.S. Ricky Gervais has been lauded for the attention he has brought to animal welfare and his financial support of animal charities. Just recently, former NFL receiver Anquan Boldin commended legendary quarterback Tom Brady for signing his letter asking for the FBI and DoJ to investigate the murder of Ahmaud Arbery, calling the endorsement of such a figure “significant” for the cause of racial equality. The celebrity voice can be the necessary succor that pushes moral goals across the finish line, radically transforming society.

Secondly, if one could develop a comprehensive, incontrovertible, and universalizable standard by which the public moral stances of celebrities could be evaluated and deemed as either morally “Fit” or “Unfit” for public consumption, perhaps then there could be constraints on what positions they take publicly. While that is a ludicrous near-impossibility, backlash against particular stances, such as Djokovic’s, suggest that some critics think there is such a standard. Indeed, celebrity interventions on moral issues tend to draw alarm only if they do not conform with the mainstream, however illusory that may be.

Lastly, fame does not strip celebrities of their membership in society. And as members of society, they ought to enjoy the same freedom to participate in the public debate on moral and ethical issues as those who do not possess their fame.

Since his initial comments, Djokovic has demonstrated an evolution of thought on the matter. In a recent press release, he stated: “I am keeping an open mind, and I’ll continue to research this topic because it is important and it will affect all of us.” This attitude may serve as a useful reminder for the general public, too. The celebrity voice might be simply one thing to consider while researching amidst the cacophony of moral proclamations.

Regardless of the view on expectations for celebrity morality, one thing is true: fame does not endow celebrities with moral authority. Perhaps it is best for the fans to remember that.