A Time for Re-Imagining 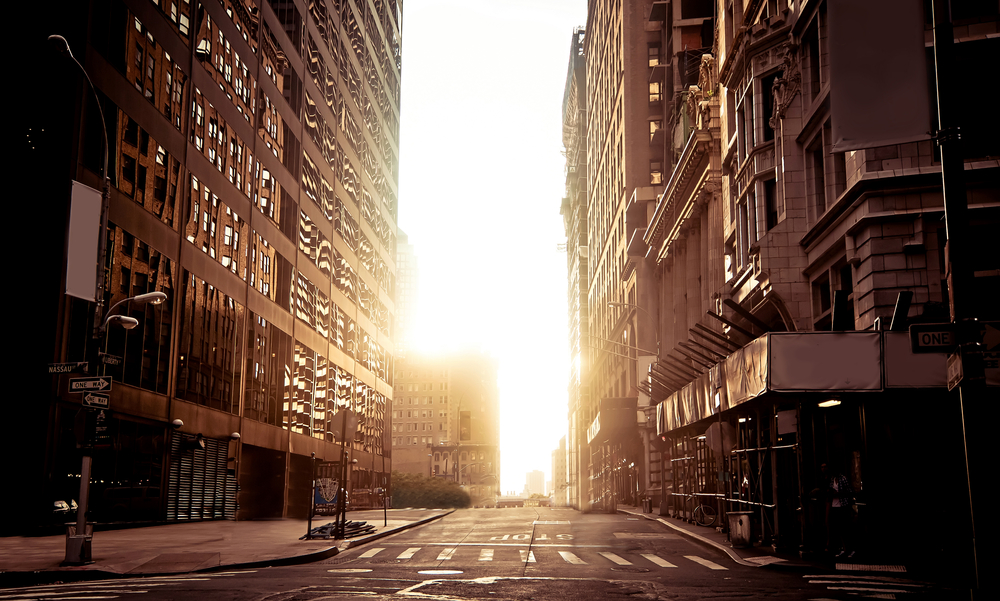 As coronavirus continues to change the world, and as some places begin to contemplate tentatively easing distancing measures, the implications of this event for societies everywhere are still being shaped. We are learning how to comprehend and respond to this new challenge.

What can we understand about the character of this new, unanticipated world, and what can we decide about how it takes shape from here?

It seems that we are being shifted, by big political, social, and environmental forces, into a new way of being. What we can understand and what we can decide about it will depend upon what we can imagine.

Rebecca Solnit writes in, Hope in the Time of a Crisis, that, in the altered reality brought on by global pandemic, we are “adjusting to the profound social and economic changes, studying the lessons disasters teach, equipping ourselves for an unanticipated world.” Our task, she writes, is to “understand this moment, what it might require of us, and what it might make possible.” I think we could reflect on Rebecca’s questions in the context of the role of the imagination in comprehending and solving the bigger crisis we face (and, therefore presumably imagining the end of capitalism).

We appear to be entering a paradigm shift–a process which was beginning, I think, before the pandemic but which is now, as a result, accelerating. This is a time of great existential danger, and of great change; the social, political, and moral concepts within which we operate are at issue in fundamental ways. We need to redress these failures of imagination to critically examine the concepts with which we have become used, in the current status quo, to order our world.

Thomas Kuhn in his 1962 book The Structure of Scientific Revolutions coined the term ‘paradigm shift’ to understand how scientific work is conducted at any given time and how science/scientific knowledge progresses, especially through big, revolutionary discoveries.

A paradigm is the prevailing conceptual structure within which scientific work is practiced; it is the whole set of assumptions according to, and by virtue of which, the scientific activities of experimentation, theory-building, evaluation, and verification take place; and which, taken together, constitutes the ‘world view’ in which science operates. The ‘everyday’ activities taking place within the overarching set of assumptions, Kuhn calls ‘normal science’. Normal science works within and further articulates or elaborates the paradigm. Anomalies can exist, but they are small or disparate enough not to put pressure on the whole system.

There is a clear application of this concept to a social paradigm, where a set of prevailing concepts, norms and values–which might be political, moral, economic etc., constitute the paradigm in which ‘normal life’ is conducted.

As with scientific paradigms, if anomalies multiply or magnify, if experimental outcomes, or experiences, can no longer validate the core assumptions, the integrity of the conceptual structure is weakened. When the overarching set of norms or concepts is put under strain, a crisis can emerge in which it is apparent that the paradigm is no longer supporting, or supported by, normal science or normal life. The resolution to the crisis is a shift to a new conceptual structure–a paradigm shift.

A ‘scientific revolution’ takes place when the old conceptual structure is replaced by a new one.

A crisis in the conceptual system of our social paradigm has been coming for some time, and gathering pace as we see the realities of the climate emergency begin to unfold; the conceptual system of, the (let’s call it) neo-liberal capitalist, neo-colonialist paradigm, has been experiencing pressure and disruption as normal life comes increasingly to seem impossible within its conceptual structure. The global pandemic has created a rupture in the system, so significant that normal life will not be able to resume.

If the breakdown of one conceptual structure is going to be followed by the adoption of new or re-ordered foundational concepts, we have to be able to imagine a new reality capable of replacing the old one.

A core part of this is the concept of value itself. The current socio-political paradigm, and its attendant economic paradigm, tends to be constructed around the economic unit as the fundamental anchor of value. Therefore, in our society economic values have been taken as foundational. But economic rationalism only serves a very shallow concept of well-being. Solving the climate crisis will require a renegotiating of these fundamental concepts of value, and will require a grounding of value in environmental and social goods. Solving the climate crisis calls for a ‘re-evaluation’.

Friedrich Nietzsche’s philosophy is instructive here: the re-valuation of values must occur when the realities that hold them in place shift. A restructuring of the moral, social, political concepts of value that hold our worldview, of the norms and practices in which we operate in normal life, is needed if and when the ground shifts.

Nietzsche endorses a kind of radical acceptance, which I read as a moral orientation to the world, and as the antithesis to resignation. We can take control of our destiny but only if we let go of our illusions. The point for Nietzsche is that we orient ourselves within the world as we find it.

Letting go of illusions is difficult, and the neo-liberal, colonialist/capitalist paradigm is largely built upon them. It is difficult to shake off a worldview in which we have been comfortable, and the fact that so many of us recognize this while also recognizing that it is ruinous, is disquieting. And there are two distinct failures of imagination at issue here–the failure to imagine the worst excesses and also the solutions to climate change.

The COVID-19 pandemic has brought the world into a dramatic encounter with large-scale response to an existential threat of global proportions and it is instructive. There are things happening right now, which would have to happen to address the climate emergency. A new paradigm that was post-carbon, post-capitalist, post-emergency would necessitate a general powering-down of life, slowing of travel and activity, shrinking of production, contraction of the economy around sustainability rather than growth.

Events that create an interruption to normal life, a disruption which can not be adequately described or accounted for within the conceptual structures that ground the norms and habits of normal life, bring us glimpses of something else: of what altered reality looks like, forcing us to confront the adequacy of our understanding and actions. An episode such as the global shutdown offers an opportunity to reflect upon what is really important. And these glimpses, these reflections are vital for the task of re-imagining.