Pandemic Sacrifices: It Matters Who Dies and Why 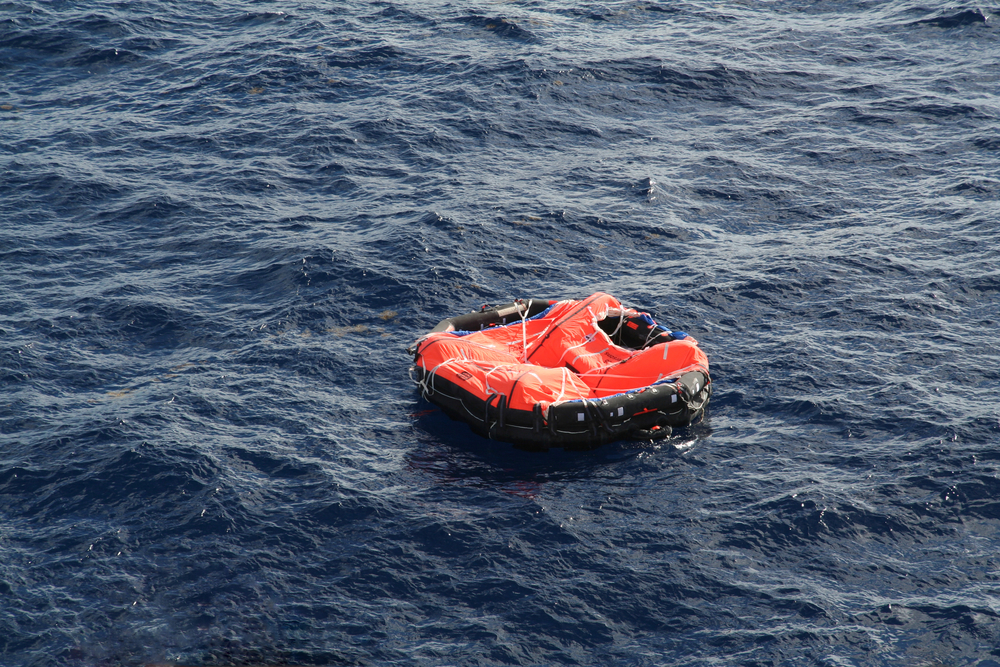 “Life raft” by Panmaule (via depositphotos)

Political leaders, faux medical experts, and pundits are advocating for a stop to isolation policies despite the real loss of life that would result from doing so.

They are weighing the impact that isolation is having on the economy. The longer we isolate, the more businesses will suffer, and the more corporations will not be able to benefit from the labor that previously was performed. Further, we are facing a catastrophic rise in unemployment—22 million due to the pandemic. Instead of looking towards social benefits and supporting those most affected from losing their jobs and health, these leaders are suggesting ending isolation and further exposing the workforce in the name of an economy that, experts warn, will just need to be shut down again—next time with further dead, made up of those apparently expendable and worth sacrificing for the economy.

These calculations stand in for rhetorical frameworks for moral analysis. We do have approaches for dealing with massive losses when they are the result of, say, natural disasters. These can be blunt instruments that weigh the impact of saving each individual human life against the resources that could otherwise be spent on the good of “society.”

Imagine you were on a lifeboat in a stormy sea. There is no way for everyone to survive, and the experts estimate that a certain percentage must be sacrificed for the survival of the majority. What is the ethical method for making this decision?

The stipulations here force us into “consequentialist” thinking—we would like to maximize the number of people alive at the end of the hellish scenario. However, most would find the “pure” consequentialist reasoning abhorrent. In other words, maximizing the number of people alive at the end is not where our ethical duties end. When stuck on a lifeboat and in a position where 20% of those on board will die, there is a moral difference in this 20% being determined randomly or at the will of a corrupt captain. (Or as a result of the previous decisions of the corrupt captain.)

Our current situation is, and isn’t, parallel to the lifeboat analogy. There isn’t an inevitable number of people that must be sacrificed. There isn’t a storm forcing us to weigh human life against a “greater good”—in this case, the economy. We could, in fact, stay on our boat and take the measures that experts are suggesting at avoiding the sacrifice the leaders are saying are “necessary.”

However, when there is inevitable harm, the procedure for allocating that harm matters morally. Say we do face a scenario where there is a percentage of human lives that will be lost given the pandemic, and a need to end isolation for the greater good of the economy. COVID-19 is the great equalizer we must endure, and while we will lose some, our country/lifeboat will endure.

It’s important to note that even with that stipulation, the metaphor breaks down. That isn’t even the position we are in, either. The actions of the leadership of our lifeboat continue to ensure that the amount of harm increases, and becomes more unavoidable, more inevitable. By defunding the WHO and pandemic response teams, but counteracting state efforts and absolving the federal government from its responsibility for action, the situation continues to be made worse.

Further, they’re able to do this by invoking the notion that it is just like the inevitability of a natural disaster while asking people to unequally bear the burdens of the harm. They’re banking on the support from those they don’t think will accrue the harm. As in the lifeboat analogy, the ones who survive will likely be grateful. But the decision-making for who will be sacrificed is not morally neutral.

Treating these losses as distant and abstract statistics is a strategy. There is force in calling the impact of the coronavirus the great equalizer, as celebrities and politicians alike have claimed. It evokes the frameworks of natural disasters or warfare where there is a limit to what we can do to intervene—lives will “just be lost.” Trump’s message has shifted from denial and buck-passing to attempts to frame casualties under 100,000 as a victory.

This is not an equalizer and is structurally and reliably affecting some groups of people more than others. Black Americans are dying at a much higher rate than non-Black Americans—33%, while only making up 14% of the areas analyzed. Thirty percent of COVID-19 patients are black despite representing only 13% of the population (the different data is the result of varying availability of data). These stark differences become more dire in some cities: In Wisconsin, for example, African Americans represent 6 percent of the population, but nearly 40 percent of COVID-19 fatalities.

Other over-represented vulnerable populations include those living in care facilities, such as disabled people and the elderly, and the incarcerated. Meanwhile, the rich are much safer than others.

This makes a moral difference. Just like on a lifeboat, the captain is not absolved of making every attempt to avoid circumstances where sacrifices must be made, and is responsible for ensuring that just burden-sharing is in place. Sacrifices cannot be justified for false reasons—saving the economy isn’t even a true reason in the sense that sacrificing people may not actually achieve the intended aim.

Anyone suggesting sacrificing 2-3% of the population needs to name family members and loved ones they are willing to sacrifice. They then need to indicate a further segment of their loved ones to live with the effects of a serious illness and extended ICU stay. Because if this is an inevitable sacrifice we all must make, treat it as the great equalizer they claim it is. This will affect us all.