US Exceptionalism, Foreign and Domestic 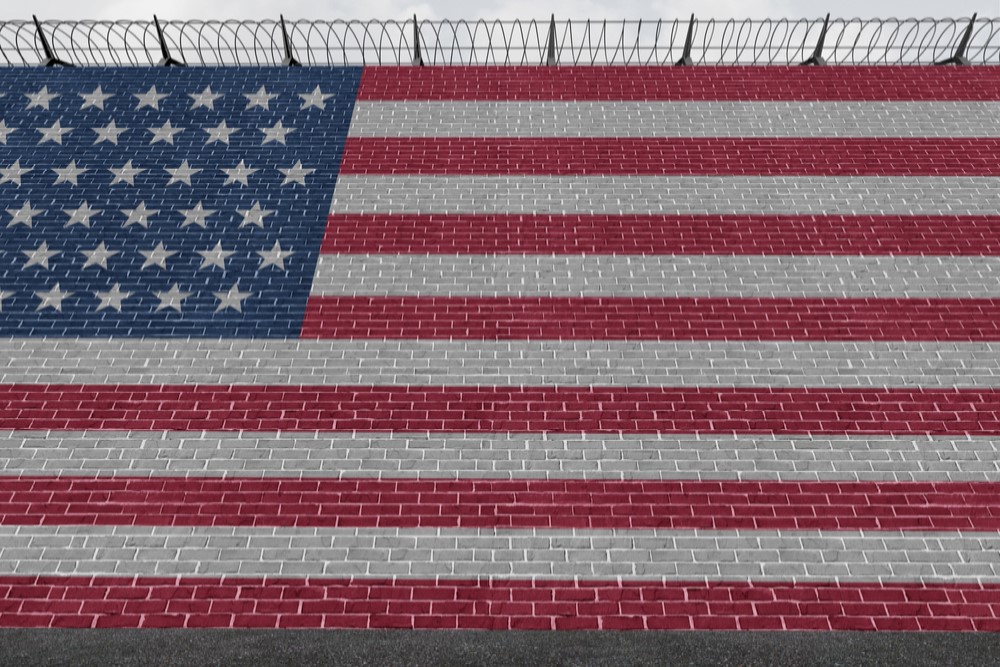 The Trump administration continues to reduce the US’s participation in cooperation and coordination schemes at home and abroad. Pursuing collective interests often satisfies private interests, especially in cases where what happens to someone else will have an impact on the interests of all individuals in the collective. That is the case with highly contagious and dangerous viruses like COVID-19. But coordinated action by the federal government has been in line with the American exceptionalism that has defined Trump’s presidency. During this crisis, however, it has been directed inward rather than outward.

During his tenure, Trump has removed human rights oversight from the UN despite clearly voiced concerns over the treatment of many groups of people under government care and jurisdiction. His administration has removed the country from treaties aimed to avoid military escalation with nations like Iran that we have historically tense relations with, and imposed sanctions that, during the current health crisis, have clearly caused more unnecessary suffering. He has also removed the US from agreements that represent the best chance of saving our planet from devastating environmental collapse.

The United States has now cut funding to the WHO during a global pandemic. Many analysts are attributing this move as a strategy for redirecting blame for horrible outcomes after months of federal inaction.

There are times that collaboration is necessary to improve individual well-being, but this fact is lost on the Trump administration. By having treaties, agreements, and collective procedures that may restrict individual latitude in decision-making for particular areas of life and government, this not only raises the welfare of the worst off, but ensures the welfare of the best off as well. In other words, collective bargaining is not charity. It is not supported merely by liberal principles of justice. We can see that it is in the best interest of all, as the suffering of the pandemic and the stakes of these other exceptionalist policies brings out.

Consider arms treaties. The US can consider it in our own best interests to pursue dangerous weaponry and balk at the constraints of collective treaties that curtail our production and economic interests that result. However, our interests are in fact undermined by avoiding such treaties because now we have created an arms race where everyone is put in more danger.

Further, we may balk at restrictions like international agreements that limit behavior causing damage to the environment. However, in pursuing our conception of our private interests, we actually are undermining the good that comes from the collective action – by having a common agreement, we recognize that the actions of all individuals do, in fact, affect each other: we are all jointly affected by the environment on earth. The air in Morocco doesn’t stay in Morocco. The water in the North Atlantic doesn’t stay in the North Atlantic. All of our interests are served by joint commitments to restrictions.

A final example is space exploration. An individual country may consider their best interests to go it alone and take advantage of the private or corporate pursuit of gathering resources or claiming land. Trump in fact issued an executive order to this effect on April 7th: “Americans should have the right to engage in commercial exploration, recovery, and use of resources in outer space.” However, conceiving of space exploration in single-country terms is impractical and undermines the individual state’s interests. The Center for Strategic and International Studies and NASA both argue that international cooperation is crucial for pursuing space exploration. As one expert states, “When there’s a hurricane, earthquake or other disaster, […] multiple countries with remote-sensing satellites — including the U.S., Japan, South Africa, Russia and the European Union — are part of a disaster charter. Whomever had a satellite passing over the disaster-ridden region before, after and during the event has agreed to share data to mitigate damage, saving lives and property.” Thus it is in the interest of each individual state to cooperate with the many.

In the last few years, Trump has removed federal regulations in a variety of domains that have effects in social welfare such as the EPA, education, and civil rights protections.

By distancing the federal government from regulating standards for environmental protection, this allows varying interventions depending on more local government interests and resources. The same goes for states. This results in public goods such as health and education—cornerstones of a democratic country that lead to democratic legitimacy—being denied to some and ensured to others. Democracy is served by a healthy and educated electorate. Social mobility is possible when residents are educated and healthy, and this promotes the welfare of everyone, not just the underserved. Trump’s removal of these different restrictions has made it unclear how we are distributing public resources, an ominous forecast of the mishandling of the pandemic now.

There are now three consortiums of states that are coordinating the pursuit of medical supplies and their strategies for policies regarding isolation and lifting of isolation policies. These groups make up about half of the population of the country, with one comprising the three West Coast states, one in the Northeast, and one in the Midwest. The impetus for these groups of states being formed was the obstruction that the federal government introduced to the “free market” for necessary lifesaving medical supplies. Governors found themselves bidding against each other, effectively driving up the price during a period when time and money were at a premium with lives at stake. The groups have coordinated to various degrees regarding developing criteria for when and how to lift isolation measures, given the lack of leadership from the federal government. Having consistent measures in place under the conditions of a medical crisis that is contagious has clear benefits. If, in one state, movement is unrestricted and businesses are widely open, the next state over is impacted.

Trump has actively promoted “liberating” the states with stay-at-home policies, despite all medical and expert advice. Actually, to the point of possibly inciting insurrections in some cases.  We could interpret this as a lack of value for human life because of the complacency being shown to the dire situations the states find themselves in. The administration has been willing to sacrifice millions of people for the nebulous “economic” value of folks returning to work (without acknowledging the impact on the economy of the millions of people impacted by the spread of disease). The brute neglect or rejection of the estimates of death and severe illness by medical experts will have lasting effects on the public health and faith in government long after the isolation policies are lifted.