The Questionable Morality of Gonzo Journalism 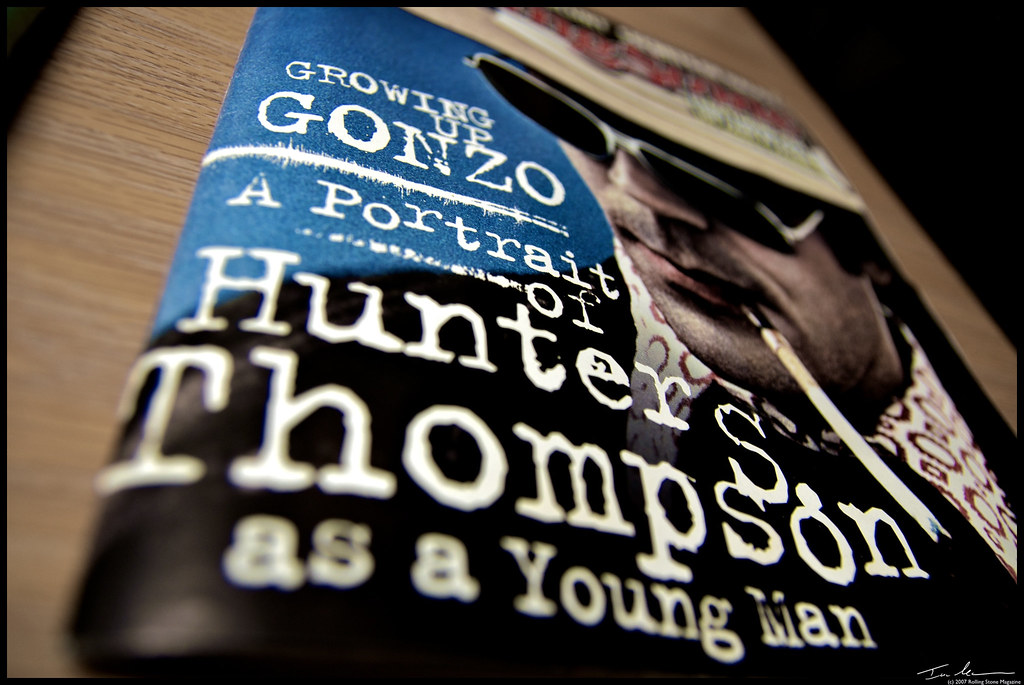 Hunter S. Thompson, the godfather of gonzo journalism, had his ashes shot out of a cannon under the supervision of Johnny Depp. He ran for sheriff of Aspen, Colorado, campaigning on a platform that included replacing the paved roads with grass, outlawing buildings that obstructed the view of the nearby mountains, and renaming the town “Fat City” to detract greedy investors. He detailed his own copious illegal drug use and the demise of the American Dream in his magnum opus, Fear and Loathing in Las Vegas. Thompson led, by almost any measure, a full and fascinating life. But while his lifestyle may be the envy of some, Thompson’s style of journalism ought not to be emulated.

Thompson defined gonzo journalism as “a style of ‘reporting’ based on William Faulkner’s idea that the best fiction is far more true than any kind of journalism,” a statement that falls pleasantly on the ears but does not actually make much sense. A genre of writing that is by definition untrue is more true than a style that seeks to uncover the truth? He later expounded upon his views on journalism in an interview with The Atlantic:

“I don’t get any satisfaction out of the old traditional journalist’s view — ‘I just covered the story. I just gave it a balanced view.’ Objective journalism is one of the main reasons American politics has been allowed to be so corrupt for so long. You can’t be objective about Nixon. How can you be objective about Clinton?”

Some events, some people are so incontrovertibly one way, that they ought not be reported on without a judgment attached. To fail to issue a judgment on whatever the news may be would be playing a role in obscuring the truth. Or so Thompson might argue. (The fallacy of his argument is the belief that objectivity necessitates balance; it does not.)

This sentiment of subjectivity was reflected in a scathing obituary Thompson wrote for President Nixon, in which he never missed an opportunity to display his contempt for the 37th President of the United States. At one point, Thompson suggested that Nixon’s “body should have been burned in a trash bin.” He went on to describe journalism’s role in the rise of President Nixon. “Some people will say that words like scum and rotten are wrong for Objective Journalism — which is true, but they miss the point,” he wrote. “It was the built-in blind spots of the Objective rules and dogma that allowed Nixon to slither into the White House in the first place.”

It is doubtless that some journalists today hold similarly negative opinions of our current leaders. And while many may blame generous media attention and lax scrutiny early on for President Trump’s unexpected rise to political prominence, Thompson would likely blame the standard of objectivity. One could just imagine him lamenting the allergy of traditional journalists to take a stand, allowing for election of the 45th president. Perhaps, then, for some there is a compelling case to be made for why subjective journalism should be adopted when reporting on politics.

Major newspapers have begun to flirt with this style of journalism, sneakily editorializing coverage of major events and assigning political significance to them. Some journalists have successfully blurred the line between reporter and activist, becoming characters in the story they are covering. Project Veritas founder James O’Keefe, who has a proclivity for entering property under false pretenses and secretly videotaping people, is an obvious example of this transformation. He is explicit in his desire to reveal the purported moral corruption of the American political left. But CNN Chief White House correspondent Jim Acosta, who recently published a personal narrative about covering President Trump, better exemplifies this blur.

In one passage of his book Enemy of the People, Acosta describes his exchange with President Trump following the Charleston protests of 2017. “I think we have reached the point where we can state definitively, that Nazis are bad people,” he wrote. “When it’s a matter of right versus wrong, there are not two sides to the story.” You would be hard-pressed to find a sensible person who does not agree that Nazis are bad people; Acosta is right in characterizing them as such. Yet modern journalists should resist the temptation to go gonzo, and not because their opinions are unwarranted.

There are many matters in which what is right and what is wrong is unclear, disputed, and not incontrovertible. There are other matters still in which the dichotomy of “right versus wrong” is not applicable. Adopting this subjective style of reporting transforms those who report the news into moral arbiters of the news, a role that ideally should be reserved by the public. If a journalist takes a stand on one matter, what principle is keeping them from taking a stand on every matter?

Additionally, Thompson and Acosta refer to this style of reporting as if there would be consistency among the subjective journalists on what is right and wrong, which is obviously absurd. Lacing reporting with subjective judgments would open the doors for a “matter of right versus wrong” to be reported as right by some and wrong by others. This phenomenon is reflected in the increasingly polarized and partisan media of the U.S. Subjectivity descends into people living within their own reality with no common base of information to which to appeal (see Kenneth Boyd’s “The Rise of Political Echo Chambers”).

Objective journalism avoids this undesirable fracturing and benefits the public in many ways. One of the greatest limitations that the average member of public faces is the inability to consistently gather reliable information. Journalists can do that for them. It is their profession; they are trained to seek out verifiable accounts of events. Fortunately, it is within the ability of the average member of the public to think for themselves, to make judgments, to form opinions. Journalists do not have to do that for them. Objective journalism provides the public with facts to base their opinions, rather than opinions to base their facts. Everyone is working with the same set of facts, the same story, the same events.

This relationship is especially important in civic engagement. It equips the public with the tools and information required to make political decisions and hold the powerful accountable when needed. But journalism also can help the public make a variety of other decisions about their safety, health, finances,  and life in general, which is precisely why it should strive to be free from bias.

Gonzo has its place. Thompson’s accounts are riveting, entertaining, and illuminating. They convey a certain relatable emotionality that detached observation cannot. But if this were to become the predominant form of journalism – and there is evidence it is trending towards that in everything but name – judgments and opinions of news would be ready-made for the reader.

Distinguishing between a verifiable account of what happened and one’s personal assessment of the significance of what happened is important. It is for this reason that this piece will fall under the “Opinion” section of this publication rather than sitting among the news articles. My opinion of gonzo journalism is not fact. And society is better off not getting that confused.