Opinion: Kavanaugh Was the Wrong Choice 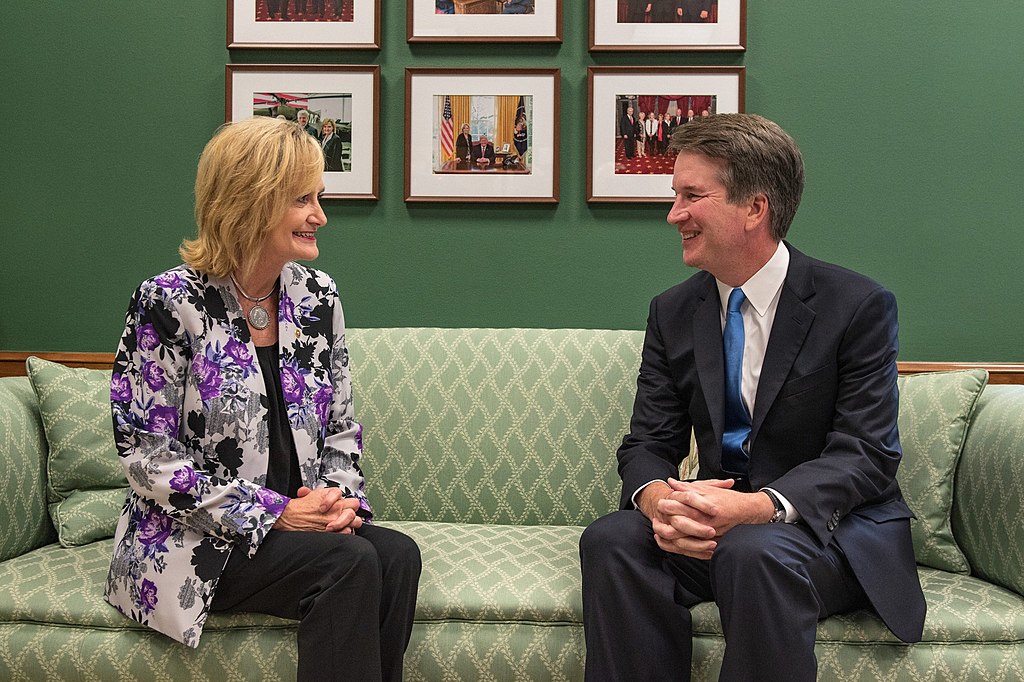 It’s a headline we’ve all probably seen in some form during the past month: allegations of sexual assault against nominated justice Brett Kavanaugh disrupted his confirmation to the Supreme Court of the United States. Updates on the interruptions surrounding his confirmation have dominated news cycles since alleged victim of Kavanaugh’s forceful advances, Christine Blasey Ford, testified against him in front of the Senate Judiciary Committee last month. To quickly recap, here is a timeline of significant events that have transpired with Kavanaugh’s confirmation:

September 16: Christine Blasey Ford’s accusations of Kavanaugh sexually assaulting her while they were both in high school go public in a Washington Post report.

September 23: A second woman, Deborah Ramirez, comes forward with sexual misconduct allegations from when the two were in college together. Kavanaugh subsequently denies these allegations.

September 27: Both Kavanaugh and Christine Blasey Ford testify before the Senate Judiciary Committee.

October 1: White House directs FBI to interview anyone deemed relevant in their investigation of Kavanaugh.

October 6: The Senate confirms Kavanaugh to the Supreme Court.

These events have brought the push against the #MeToo movement to a head, as Kavanaugh’s defenders elicited many similar arguments that were used in defense of the men who were accused of rape/sexual misconduct soon after the movement’s birth including Louis CK, Al Franken, and Matt Lauer. Perhaps the most commonly-used of these arguments is the presumption of innocence. Actor, comedian, and producer Jeremy Piven stated after being accused of sexual assault that “lives are being put in jeopardy without a hearing, due process or evidence.” In this, Piven refers to the subverting of formal legal processes in these accusations by publicly labeling men as sex offenders when there is no concrete proof or general consensus supporting the accusations. Thus, to Piven, the notion of “innocent until proven guilty” seems to have been wrongly undermined in these situations. More relevant to Kavanaugh’s case, Hans A. von Spakovsky of Fox News writes, “if you believe in the presumption of innocence, based on what we know now it would be unfair to assume that Kavanaugh is guilty of sexual assault and deny him a seat on our nation’s highest court based on uncorroborated accusations.”

Furthermore, Kavanaugh’s backers argued that the instances of sexual assault his accusers detail occurred in 1982, when Kavanaugh was only 17 years old and the culture surrounding sexual assault was much different than it is today. Rod Dreher, an editor at the American Conservative, tweeted, “I do not understand why the loutish, drunken behavior of a 17 year old high school boy has anything to tell us about the character of a 53 year old judge…This is a terrible standard to establish in public life.” In 1982, long before the #MeToo movement and American society’s mainstream prioritizing of sexual consent, forced sex between young people was merely seen as “fooling around” or “boys being boys.” The extent and severity of sexual assaults on young women had not yet been exposed to the public, so most people were not engaged in discourse about the issue. In fact, the first nationally-observed Sexual Assault Awareness Month was not until April of 2001. Therefore, as Kavanaugh supporters argued, how could Kavanaugh have understood the need for consent before discussions about consent were even being had in the mainstream?

Whether for the sake of partisan politics, women’s rights, or molding the future of conversations about sexual assault, Democrats in Congress fought vehemently to block Kavanaugh’s confirmation to the Supreme Court. Dianne Feinstein, a Democratic Senator from California and ranking member of the Senate Judiciary Committee, wrote in an article for The Los Angeles Times, “Supreme Court justices should not be an extension of the Republican Party…I strongly oppose Judge Kavanaugh’s nomination to the Supreme Court.” Feinstein’s argument raises a fair partisan concern, but there are other, more ethically-grounded reasons why Kavanaugh should not have been confirmed to the Supreme Court and why the previously-mentioned defenses of him fall short.

What Kavanaugh’s supporters seem not to realize is that Kavanaugh was not being tried as a criminal, although he and Ford’s testimonial process bore great resemblance to a criminal trial. Rather, Kavanaugh was undergoing intense scrutiny to deem whether he is worthy of holding one of the most prestigious and permanent offices in the United States’ government. Therefore, the presumption of innocence does not apply to this situation. There will be no verdict of “guilty” or “innocent,” but rather one of “fit” or “not fit” to serve on the Supreme Court. Being denied the confirmation would not have “ruin[ed] Judge Kavanaugh’s life,” as Republican Senator Lindsey Graham of South Carolina believes it would have, rather it would have prevented a potential sexual deviant from holding one of the most ethics-centered positions in the U.S. Even if one holds a sound belief that Kavanaugh is innocent of committing sexual assault, why should our country take the risk? Especially in a political climate where sexual assault cases are at the forefront, we cannot afford to do so. Politics aside, President Trump and the Republican Senate could have nominated and confirmed a judge with similar politics and competency as Kavanaugh, but without his questionable past.

Should Kavanaugh’s past be allowed to affect his future? The short answer is that it shouldn’t matter. The extended answer requires us to step back and look at Kavanaugh’s confirmation from a broader view. Bearing the entire country’s already horrific rape culture in mind, Kavanaugh and his individual life should have no bearing on the nation’s future. According to the National Center for Victims of Crime, approximately one-third of perpetrators of juvenile sexual abuse are themselves juveniles, with an overwhelming majority being male. By confirming Kavanaugh to the Supreme Court, the President and Congress have sent a resounding message to the rest of the nation that high school boys can sexually assault their female peers and still grow up to hold one of the highest offices in the nation. The danger of sending this message greatly outweighs threats to Kavanaugh’s individual future.

Unfortunately, the Senate disregarded these points and sided with partisanship over morality and logic to confirm Kavanaugh to the Supreme Court anyways. While the future of our nation looks bleak with the lifetime appointment of Kavanaugh, what can this debacle teach us about the intersection of ethics and politics? Perhaps the most important lesson to take is that public officials, especially politicians, should be judged based on the ethicality of all of their actions, and how they react to those actions. Kavanaugh, vying for the most ethics-centered position in the nation, was accused of an unethical action, and reacted with anger and brute denial rather than understanding and acknowledgement of a social climate in the United States that is dangerous for women. Whether he is guilty or not, his refusal to recognize the backlash that survivors of sexual assault commonly face implies that he does not see consent to be tied directly to ethics. In today’s politics where sexual assault is at the forefront of modern law, the U.S. needs a new justice who will view these cases with objectivity and poise, will set a good example for the rest of the nation, and will have a sound moral compass. Brett Kavanaugh is not that justice.