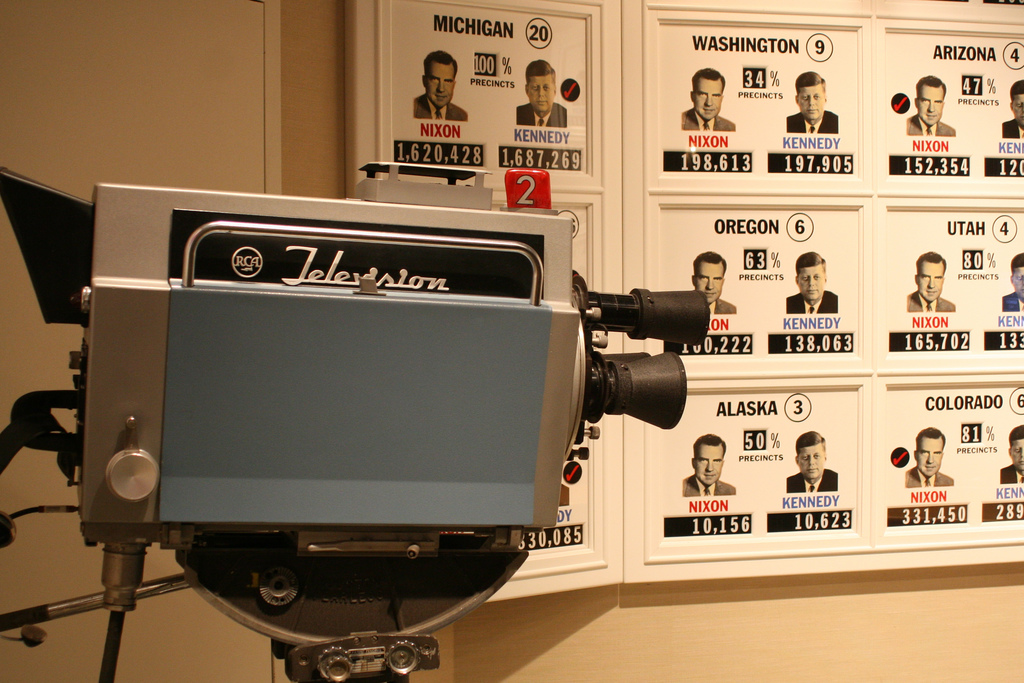 Nixon/Kennedy Debate Display by Randy Robertson (via Flickr, CC BY 2.0)

This post originally appeared in USA Today on July 29, 2015.

Political wonks and junkies breathlessly await the first televised “debate” of the primary season. But sensible voters will do something more productive on debate night. Taking a walk or going to a ballgame will be better than watching 10 overprepared GOP candidates try to upstage each other with verbal brickbats and one-liners.

Political debates have become nothing more than media events that do little to promote reasoned, in-depth discussion. Cable news channels stand in line to program them to promote their brand, get a ratings boost, showcase their talent, and insert themselves into a political brawl. Their producers make the events look like a cross between the Super Bowl and Dancing With the Stars, hardly a venue for thoughtful political dialogue.

Television is a medium of emotion, and as such, warps the process of selecting who is best suited to lead the nation. Candidates are advised by slick handlers to stick to simplistic catchphrases, and toss in a few zingers along the way. Television forces candidates to worry more about their on-screen image than about how to explain their policy for improving the economy. Any candidate who seriously tries to make debating points and explain the nuances of a complex matter will come off as boring and calculating.

Afterward, the media will immediately start declaring who “won,” as if winning a debate 15 months before Election Day will help the electorate decide who’s best suited to confront Islamic State terrorists. There is little transferability of television debating skill into international diplomacy, working with Congress, or any other presidential duty that matters.

The candidate who can make the most noise on debate night will be viewed as having advanced his candidacy, and the less showy but more sensible candidate will be dismissed. Remember, many pundits thought Newt Gingrich won the early GOP debates in 2012.

John Kennedy warned in 1959 that television would force politics into the realm of public relations and “gimmickry.” Televised debates are all of that. These concocted events will not be the stuff of Lincoln-Douglas. Our nation’s political process suffers as a result.