Diversity in Children’s Books: A White Author’s Quandary (Part I) 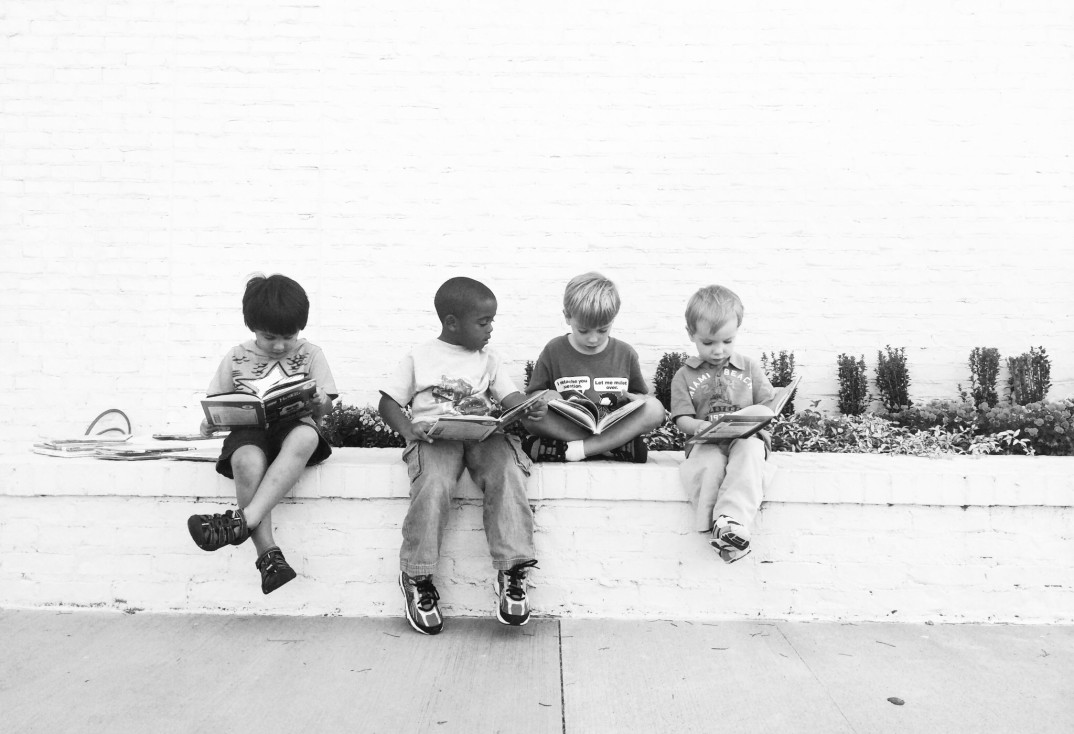 For the first time in census history, the majority of children living in the United States are now children of color. But the vast majority of children living within the pages of American children’s books are white. According to the Cooperative Children’s Book Center of the University of Wisconsin-Madison, which releases annual statistics on the number of U.S. children’s books by and about people of color, in 2014 only 8 percent of children’s book authors were nonwhite (African American, Asian American, American Indian, or Latino), and only 11 percent of characters. Little progress has been made in diversifying children’s book publishing since librarian Nancy Larrick published her famous 1965 essay, “The All-White World of Children’s Books,” fifty years ago.

Why does this matter? Rudine Sims Bishop uses the following metaphor to explain. For children of color, diverse books serve as mirrors: “When children cannot find themselves reflected in the books they read, or when the images they see are distorted, negative, or laughable, they learn a powerful lesson about how they are devalued in the society of which they are a part.” For white children in a white-dominant society, diverse books serve as windows: “They need books that will help them understand the multicultural nature of the world they live in, and their place as a member of just one group, as well as their connections to all other humans. . . . If they see only reflections of themselves, they will grow up with an exaggerated sense of their own importance and value in the world.”

As a children’s book author and professor of children’s literature, I’m going to take it as ethically uncontroversial that we – all those who work in some way to produce and disseminate books for children – should strive to remedy the current situation. This means prioritizing the recruitment and retention of diverse editors and the encouraging and fostering of diverse authors. It means supporting organizations such as We Need Diverse Books, “a grassroots organization created to address the lack of diverse, non-majority narratives in children’s literature.” It means accepting the challenge posed by Prof. Michelle H. Martin, one of the speakers in last year’s Prindle Institute symposium on Race and Children’s Literature, to buy diverse books as holiday and birthday gifts for the children we love.

As a white children’s author, however, I want to focus on the thorny question of what I can do to make my own books more representative of my readers. First I need to ask the hard question of whether white authors have the ability to write convincingly about characters of color, or the cultural authority to do so.

Can white authors write about non-white characters and “get it right”? It’s hard to know what would even count as “getting it right,” as the experience of any cultural, ethnic, or racial group is not one uniform, monolithic thing, presenting a single clear comparison point against which various representations can be judged. There are as many ways of being Black as there are of being white. It’s somewhat easier, perhaps, to see what would count as getting representation of another group wrong. It would be to write in a way that relies on stereotype and cliché, especially in a way that perpetuates negative assessments and expectations. Here the judges, in my view, can only be members of the non-dominant group themselves (noting that disagreement here is to be expected). Thus, as children’s books can’t be put into the hands of young readers without prior gatekeeping by editors, booksellers, librarians, and teachers, this speaks to the importance of having a significant number of non-white persons serving in these positions.

But are white authors even entitled to write about the experience of non-white people? Do we have, as it were, the right to do so? While surely we need to reject the general principle that nobody can write outside of the confines of his or her own narrow, insular, personal experience, when white people write about people of color, we face the further issue of cultural appropriation: exploitation of members of marginalized groups by privileged members of the dominant group. White authors writing about non-white characters can seem one more example of white people taking what belongs to others: bodies, land, artifacts, and now, stories.

I myself would feel cautious about writing a book about a non-white main character that focuses centrally on that character’s experience of racism. Maybe it’s because I think I’d be bound to get it wrong, because I can’t imagine being able fully to know what it’s like to be a Black person in the United States in 2015. So maybe it’s the previous concern about accuracy of representation that is doing the work here. It just feels hubristic to think that I could tackle that experience, “whitesplain” it to others, with any confidence. Another, more imaginative writer might legitimately feel otherwise.

That said, I’m no longer willing – ethically willing – to write an all-white world into creation in my books. Children need and deserve diverse books. I have to do what I can, within these limits, to provide books that reflect the classrooms and families of the real world in which my readers live.

In the next post, I look at the ethical challenges that arise in trying to do this.

Claudia Mills is the author of over 50 books for young readers, including recent titles Zero Tolerance, The Trouble with Ants (launch title in the Nora Notebooks series), and Izzy Barr, Running Star (third title in the Franklin School Friends series). Her books have been named Notable Books by the American Library Association, nominated for dozens of state readers’ choice awards, and translated into half a dozen languages. Claudia, who holds a Ph.D. in philosophy from Princeton University, recently left her full-time position as a professor at the University of Colorado at Boulder, where she published many scholarly articles on ethical and philosophical themes in children’s literature. She is now a frequent visiting professor at DePauw University as well as a former Frederick Professor.
View All Articles By Claudia Mills
Related Stories