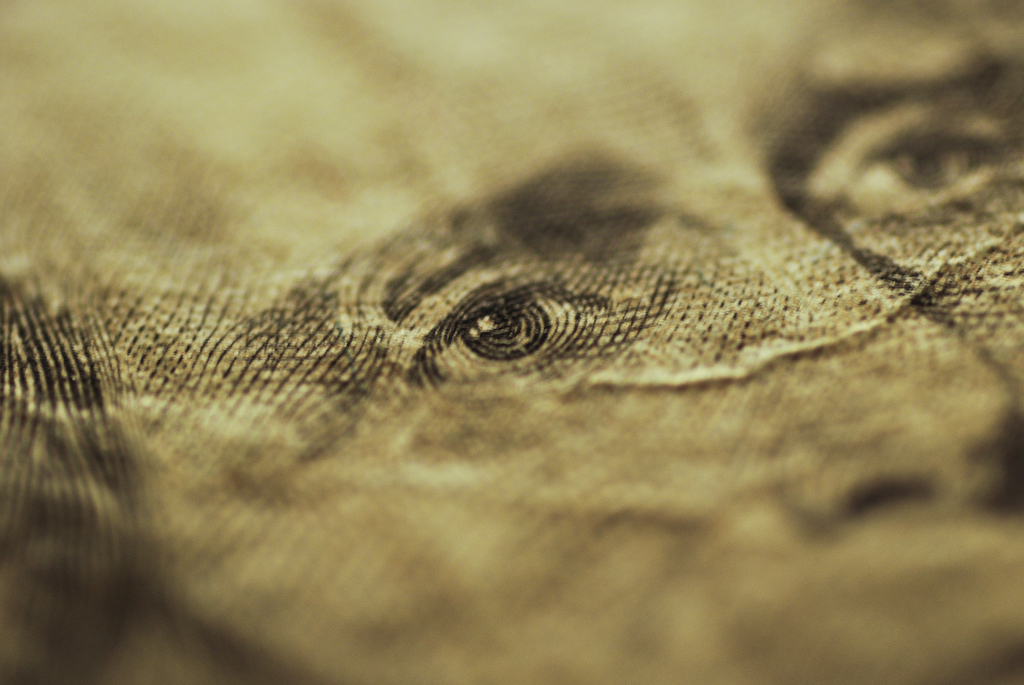 This is the fourth in a series about American History and the Ethics of Memory. This post originally appeared on February 9, 2016.

It was a hotly contested presidential election, and the mudslinging was fierce. There were allegations of fiscal corruption, sexual impropriety, and—perhaps most damning of all—bad writing.

The Democratic candidate, it was rumored, spelled Congress with a K. Couldn’t construct a complete sentence. Had to hire someone to write his letters for him. Was almost entirely illiterate.

The charges went viral. They even inspired snatches of satirical poetry in the newspapers:

Then a nice writing-man I have hired for my use,

And them are as says how my grammar is bad,

Don’t know nothing of it all.

The man the poem was mocking, the one supposed to be guilty of these several crimes against the English language, now appears on the $20 bill. The John Quincy Adams campaign’s efforts to smear their upstart rival’s literacy did not stop Andrew Jackson from winning the White House.

Modern scholars have actually tried to figure out, “Could Andrew Jackson Spell?” The evidence is inconclusive, but the question doesn’t seem especially important for us now. What is relevant today is what the episode suggests about how we evaluate candidates—the role ideas about literacy play in political discourse, and to what effect. Left-leaning commentators’ gleefulness over Sarah Palin’s recent display of verbal clumsiness, in her speech endorsing Donald Trump, doesn’t look very different from the hilarity that ensued among Adams supporters when they heard about a 25-line letter by Jackson that included 23 misspellings.

Spelling Congress with a K doesn’t by itself seem like a disqualifier from the presidency. An effective chief executive must be able to do many things with Congress, but spelling is lower on the list than cooperating, negotiating, persuading, and maneuvering. The general idea behind the Adams campaign’s gambit was that by portraying Jackson, born in the backwoods of Tennessee, as illiterate, they could persuade voters he lacked the aptitude to manage the complexities of the national government—as the incumbent Adams, scion of one of the founding families of the republic, obviously could.

Arguably there was some truth to this. By all appearances, Jackson failed to comprehend the function and importance of the Bank of the U.S. when, with devastating economic results, he effectively destroyed it in the 1830s (one of the reasons many people would like to see an American woman replacing Jackson on the $20 bill, rather than Alexander Hamilton on the $10). But this may have been a coincidence. People who did grasp the ins and outs of central banking in the 1830s probably were highly literate, but the converse isn’t necessarily true. Plenty of people who knew the correct spelling of Congress still didn’t understand what the Bank of the U.S. was good for, just as many well-read and eloquent people in 2008 had no idea what a collateralized debt obligation was.

Besides, it didn’t work. Jackson beat Adams. The election of 1828 proved to be an early installment in the long American tradition of affection for politicians who are “regular guys” (or, in the lexicon of pollsters during the election of 2000, people you’d like to have a beer with). Not for the last time, a bookish and bespectacled candidate inspired more distrust among voters than a rough-edged, inarticulate one. Never mind that the supposedly effete Bostonian went on to serve nine terms in Congress and successfully defend the Amistad rebels, while the manly frontiersman earned a reputation for exterminating American Indians. Maybe the Adams camp would have done better for their candidate, and the country, by talking more about principles than orthography.

Which may be useful to remember in our own era. The whirlwind of attention paid to Sarah Palin’s recent speech has been dominated by derision of her odd phraseology and general incoherence—which is a perfectly legitimate (and certainly amusing) subject for Saturday Night Live (“She sounds like a greeting card from a Chinese dollar store!”). But even the venerable New York Times’s coverage devolved into a listicle called “The Most Mystifying Lines of Sarah Palin’s Endorsement Speech.”

The first question about that speech or any other politician’s shouldn’t be whether or not it’s a fluid sequence of grammatical sentences (as nice as that would be) but whether or not it’s bullshit—a word I use here in its technical sense to refer to indifference to truthfulness. Misused and made-up words are great fodder for social-media mockery (refudiate! squirmishes!), but they’re less outrageous than (to choose just one example from Palin’s speech) the claim that military veterans are not “treated better than illegal immigrants are treated in this country.” And they’re far less damaging than an attitude toward political discourse that doesn’t care whether that claim, or any other, can even be backed up. Sarah Palin may be inarticulate, but there is  more important work to be done than pointing that out.

Christopher Hager served as the Schaenen Scholar at the Prindle Institute for Ethics from 2015-2016. Dr. Hager received his bachelor's degree from Stanford University and his Ph.D. from Northwestern University. He is an Associate Professor of English at Trinity College in Hartford, Connecticut, where he teaches courses in American literature and cultural history and, for the past three years, has co-directed the Center for Teaching and Learning. He is the author of Word by Word: Emancipation and the Act of Writing (Harvard Univ. Press, 2013), a study of the writing practices of enslaved and recently emancipated African Americans, which won the Frederick Douglass Prize and was a finalist for the Lincoln Prize.
View All Articles By Christopher Hager
Related Stories