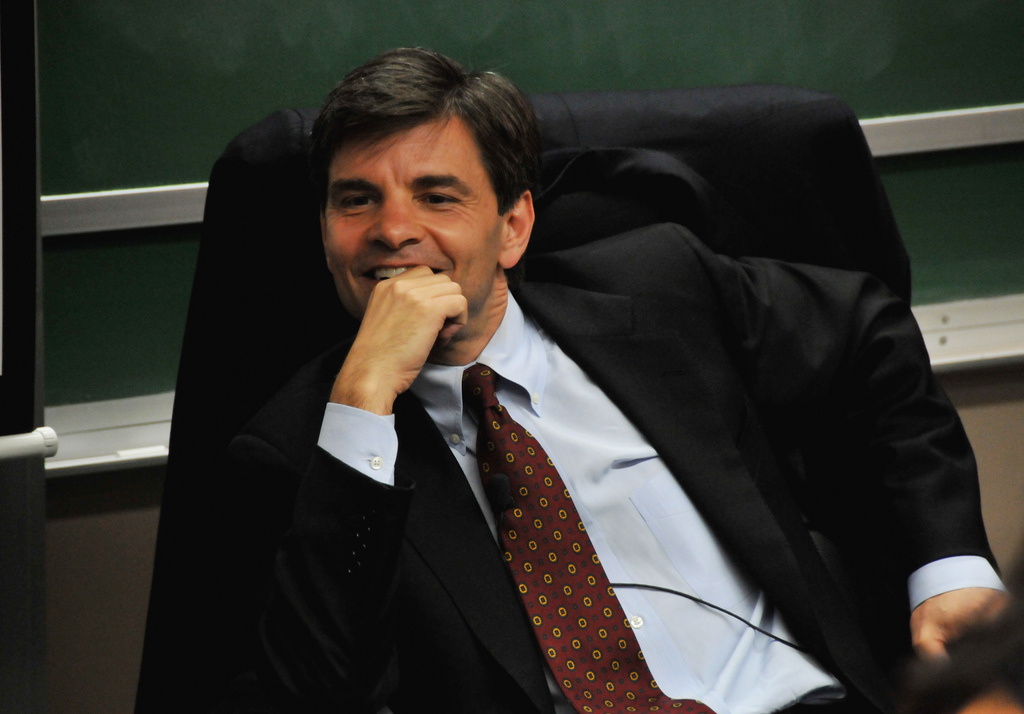 George Stephanopoulos by Tulane Public Relations (via Flickr, CC BY 2.0)

The real damage done by ABC’s George Stephanopoulos’ vacuous ethics – as shown by his revelation of gifts to the Clinton Foundation – won’t be to him or his network. ABC will still get its ratings. George will still make his mega- millions in his cushy anchor seat, convinced he is a real news reporter and has done nothing wrong. It is the citizenry who once again takes it on the chin because of misdeeds of the powerful and pompous.

It’s a throwback, for sure, but there was a time when the voting public put its trust in the powerful media organizations to report news fairly and fully. The mainstream press was counted on to provide the information flow that empowered citizens in a democracy.

Proof that the public is victim to journalistic dereliction comes from a new Rasmussen Reports survey. It finds that 61 percent of American voters distrust the political news they receive from the media. That’s an increase of 16 points since last fall. As survey respondents look ahead to the 2016 presidential campaign, only 23 percent think reporters will offer unbiased coverage.

When high-profile network names such as Stephanopoulos and NBC’s Brian Williams ignore basic journalistic ethics standards, the well of trust is poisoned across the industry. News consumers conclude that the misguided moral compasses of the big shots represent the values of the news industry as a whole. Citizens thus lose faith in news sources and disengage from the public sphere. Knowing that ABC’s chief political correspondent has ethics issues no doubt makes news consumers wonder about what other network reporters are hiding.

ABC’s brass wrote off Stephanopoulos’ ethics breech as just a “mistake,” the network statement adding ABC “stands behind him.” The failure of the network to see the broader implications of Stephanopoulos’ chummy connections with the Clinton Foundation exposes a groupthink in ABC’s hierarchy. A quote from prominent 20th century journalist and social observer Walter Lippmann captures the ABC situation: “Where all think alike, no one thinks very much.”

The Radio Television Digital News Association is the nation’s premiere professional electronic news organization. Its Code of Ethics is apparently not posted at ABC’s news headquarters. Under its Fairness section, the code states that reporting should be based “on professional perspective, not personal bias.” With regard to integrity, the ethics code warns electronic journalists to not “engage in activities that may compromise their integrity or independence.”

Stephanopoulos’ weak response to this flap shows how oblivious he is to the seriousness of the situation. He explained away to his ABC audience that his donations to the Clinton Foundation simply reflected his interest in stopping AIDS, helping children and saving the environment. A heck of a nice guy, sure, but he apparently doesn’t know that less politically charged organizations also take donations for these causes. His self-imposed penalty was to remove himself as moderator for an upcoming Republican primary debate. And Tom Brady won’t be the referee in the Patriots’ next NFL playoff game.

Nobody expects reporters to be blank slates with no personal opinions. But regardless of a journalist’s personal political leanings, the professional reporter can still strive to be fair. At the least, reporters must excuse themselves from stories in which they have hardened attitudes or clear conflicts of interest. All of this takes a high degree of integrity, hard work and foundational principles by the people who make up the news industry.

The citizenry is powerless when it operates in a void of accurate and full information. The free press was created by the nation’s founders to serve as the citizens’ watchdog over the government and the powerful. Public confidence in the press and government is collapsing, leaving the public with no suitable surrogates and nowhere to turn.

James Madison once wrote, “Government, without popular information, or the means of acquiring it, is but a prologue to a farce or a tragedy.” If the great United States experiment ever becomes a farce or tragedy, big media’s role in stifling and warping the information of the day will be a major factor.