The Deterioration of TV News 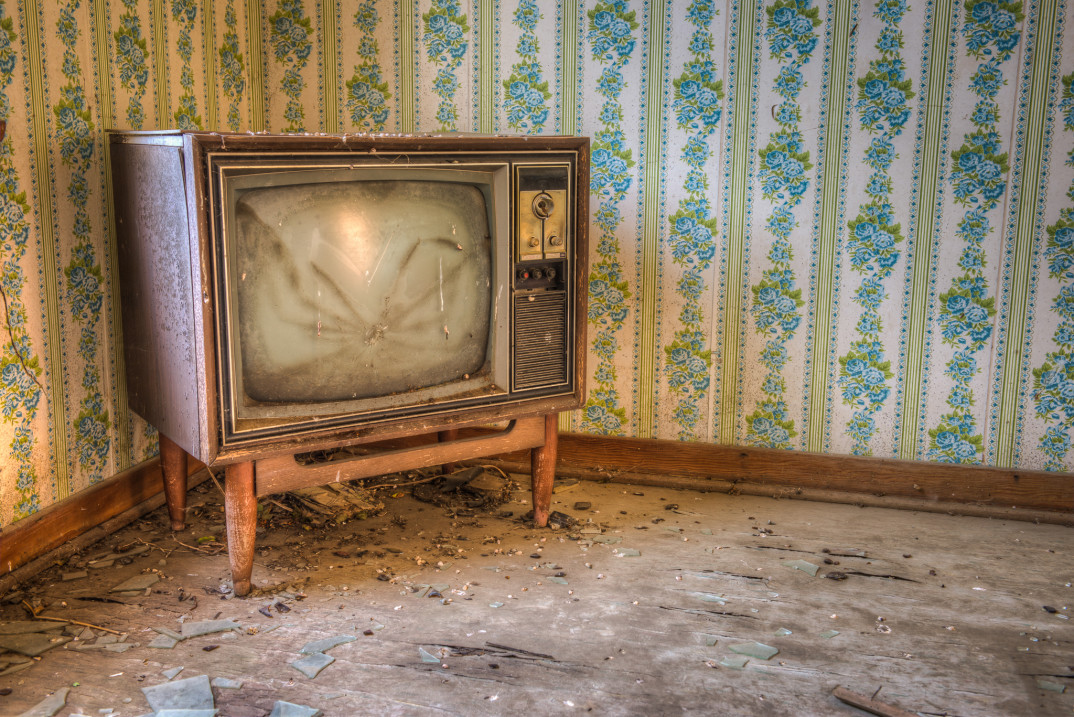 This Guest Author post by Dr. Jeff McCall was originally published in The Indy Star on April 24, 2015.

NBC’s high-profile anchor, Brian Williams, has been suspended for telling tall tales. ABC’s highest-profile news personality, Diane Sawyer, has gone super-hype with her two-hour, prime-time interview of Bruce Jenner. CNN has redefined news to include travel and cooking shows, and multi-hour reports on marijuana. Reporters sprint like groupies to catch up with Hillary Clinton’s van in a remote part of Iowa, even though the presidential election is still 18 months away.

Somewhere, Edward R. Murrow is saying, “I warned you this would happen.”

This month (April 27) marks 50 years since the godfather of broadcast news died. Murrow is often considered the standard setter for professionalism in electronic news. Murrow’s influence is remarkable, given that he spent little time in administration at CBS, and he was never a lead anchor for radio or television. Still, he established himself as the model for how to use audio and video to report real news. His reports from London in World War II riveted the nation. His prime-time television documentaries in the 1950s took on the tough issues of the day, including McCarthyism.

He identified and hired dedicated reporters who reflected his passion and dedication to serving the public interest. He hired intellects who could think critically and fearlessly. His World War II hires for CBS – Eric Sevareid, Charles Collingwood, Howard K. Smith, Richard C. Hottelet and others – became known as the Murrow Boys. Collingwood and Smith were Rhodes Scholars. All were seasoned reporters hired away from major wire services or newspapers.

He told CBS executives he was hiring reporters, not merely announcers. After the war, Murrow was put in charge of CBS News, and he hired Walter Cronkite, Daniel Schorr and Robert Pierpoint. One must wonder if any of the Murrow Boys could get hired in the glamorama that is television news today.

Murrow’s visionary speech in 1958 to the Radio Television News Directors Association warned of the growing influence of corporate power in news reporting. He said the public interest could not be served when news was only “a commodity” to be sold for advertisers. He said electronic news was “an incompatible combination of show business, advertising and news.” Journalism has been the loser in this combination ever since.

Broadcast news in the Murrow era was not a profit center for the networks, nor was it intended to be. His prime-time documentaries were produced at a financial deficit for CBS, but Murrow’s clout got them produced anyway. That would be unthinkable today. Imagine how the quality of television news could be improved if Disney, the parent company of ABC, steered the profits of ABC News back into the news division to underwrite real journalism. The mega media giant Comcast can surely afford to use some of NBC’s news profits to better serve the information needs of the nation.

Murrow was not perfect. He caved for a time and did prime-time personality interviews. He was an inefficient administrator in the CBS corporate office and got out of those duties quickly. After leaving CBS in the early 1960s, he abandoned objective journalism, going to work for the Kennedy administration as head of the U.S. Information Agency, the organization charged with getting America’s spin on the news distributed around the world. He was a chain smoker and died from cancer at age 57.

Beyond his war reporting, hiring practices or documentaries, Murrow’s greatest contribution to the electronic news industry was a moral compass. His grounded view of the world was gained through blue-collar work as a youth in logging camps in the American northwest. He insisted that journalism be based on facts and that those facts be analyzed with fairness. He knew then that the speed of communication often led to the distribution of false information.

Fifty years after his death, the electronic news industry has no person or organization that can provide a professional conscience as Murrow once did. The nation suffers for this lack.