Wanted Dead: Should We Place Bounties on Invasive Species? 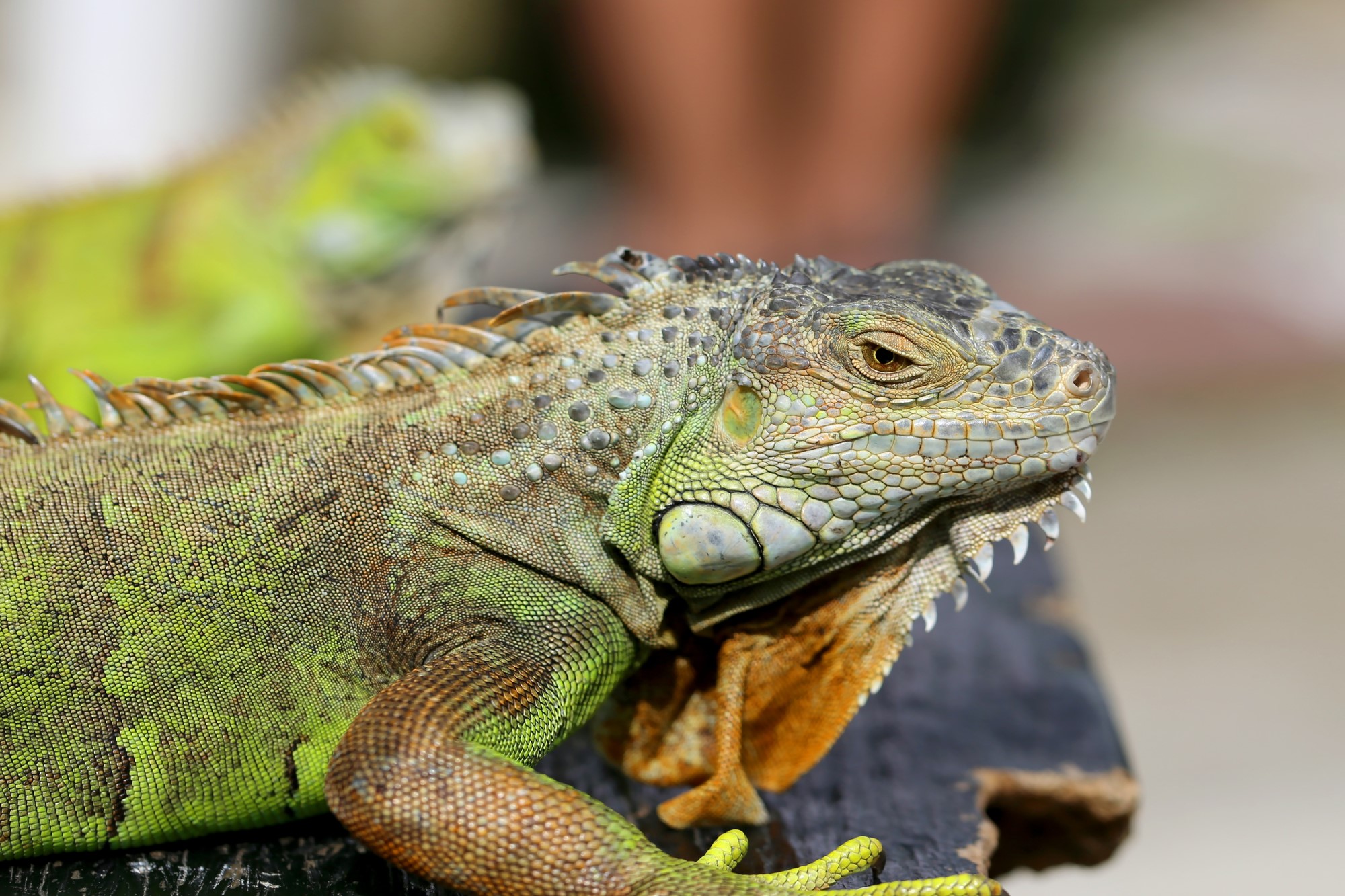 Iguanas in South Florida have become a problem. Green iguanas, a species native to Central and South America have made their way to Miami Beach. They may have started as exotic pets that were released after growing too large (adult green iguanas may be as long as 5 feet), or perhaps arrived as stowaways on ships importing fruit. Regardless, their numbers have exploded in recent years.

Officials are trying to address the iguana population. Dan Gelber, the Mayor of Miami Beach, says the city is quadrupling its budget for iguana removal – up to $200,000 annually from $50,000. In addition, the city commissioner, Kristen Rosen Gonzalez, has suggested implementing a “bounty” program. The plan would be to pay hunters to kill iguanas, with pay coming at a per iguana rate.

There are some concerns about implementing a bounty program. Some worry about potential cruelty towards the iguanas. In 2019, the Florida Fish and Wildlife Conservation Commission “encourage[d] homeowners to kill green iguanas on their own property whenever possible.” The commissioner at the time, Rodney Baretto, later noted that people should not shoot iguanas, but offered no description of what methods of extermination would be humane. Further, the policy could threaten human safety – a worker servicing a pool in Boca Raton was shot by an errant pellet from the gun of someone hunting iguanas.

Yet most troubling is that the bounty program could simply fail. It stands to create what economists call a perverse incentive structure.

Perverse incentives occur when a policy or intervention aimed to address a particular problem instead rewards acting in ways that do not contribute to solving, and may even worsen, the problem.

Bounties on pest animals are literal textbook examples of perverse incentive structures. In 1902, the French placed a bounty on rats in Hanoi. Anecdotes describe British governors in Delhi putting bounties on cobras. Both had similar results – after initial success in reducing populations, the policies eventually led to citizens breeding the bountied animals, to continually collect rewards. After the bounties were ended, breeders released their captive animals into the wild. Something similar could occur with iguanas.

The bounties, after all, do not incentivize reducing the wild population. They simply incentivize killing iguanas.

Suppose we could guarantee the bounty program would succeed. Would that make it desirable? First, we should consider why some call for the program. It’s because iguanas are a nuisance. The iguanas burrow underground, potentially causing damage to buildings and structures like sidewalks and seawalls. They destroy landscaping, eat plants on people’s property, and leave droppings wherever they walk. One woman found an iguana sitting in her toilet, it having apparently climbed through the pumping or other pipes connected to her home.

This way of justifying the policy does so by claiming it resolves a conflict of interest. The iguanas, by posing a destructive nuisance, threaten human interests in South Florida. However, it is not immediately obvious that the solution to this conflict is to declare open season on the iguanas. We are, if we endorse this reasoning, saying that the human interest in avoiding nuisance counts for more than the interests these iguanas have in their lives.

If we think the interests of the iguanas count for something – which is suggested by the fact that officials want to ensure iguanas are killed humanely – then it is not immediately obvious that our interests in avoiding a nuisance are sufficiently weighty to justify large scale elimination of the iguanas.

Perhaps an appeal to human interests would be more powerful if iguanas posed a risk to public health or safety. Though as of now they seem to merely be an annoyance.

A more compelling argument might come from the fact that these iguanas are an invasive species. Invasive species are both non-native to a region, and well-suited to live in that environment. As a result, their populations expand rapidly, and crowd out the native species in the area due to a lack of natural checks on their population like predators. The idea here is that the iguanas pose a risk to plant and animal life as well as the local ecosystem. Within any ecosystem, beings compete for finite resources like food, territory, and nests. Because invasive species have no predators, and their food sources lack defenses against them, they outcompete and overconsume local flora and fauna.

The interests at stake are all vital interests, namely, the interests that both the iguanas and native species have in an environment capable of supporting them, ensuring their continued survival.

So, the idea may simply be that, on the balance of animal interests alone, it is better to remove the iguanas from the South Florida ecosystem. When invasive species experience population booms, it can cause native species to die through slower, more painful processes like starvation as they are outcompeted for resources. Indeed, continued explosive population growth may also result in harm for the iguanas themselves in the long run. For instance, deer populations in the U.S. are overabundant, leading to greater rates of disease and parasites among deer, in addition to poorer general health due to lesser access to food. So, it may be better for all animal parties involved to reduce the number of iguanas in South Florida through humane killing.

However, this view of the situation may suffer from a lack of imagination. In some cases, population booms of invasive species have led to the rebounding of predator species – saltwater crocodiles in Australia, and Florida panthers have experienced population resurgences, as a result of feeding on invasive feral pigs. Given the ecological role of predators, there is at least some potential that, on a long enough time horizon, the presence of green iguanas could ultimately help rebalance the local ecosystem. There may also be other methods of reducing iguana populations that do not require killing. For instance, despite the ecological damage they cause, feral cats are often trapped, neutered, and returned to the wild in order to reduce their numbers. Showing that we ought to reduce the iguana population does not demonstrate that we should kill them.

Overall, there are several questions we must answer before endorsing a policy like the bounty program. First, we should ask whether it would be effective, or if it may lead to unintentional consequences. Second, even with a well-designed policy, we must determine why we believe the policy is necessary. But before committing to a single course of action, we should carefully consider the options available to us rather than settling on what seems to be the simplest or easiest idea.