Trophy Hunting Is Immoral Only If Hunting for Meat Is Immoral 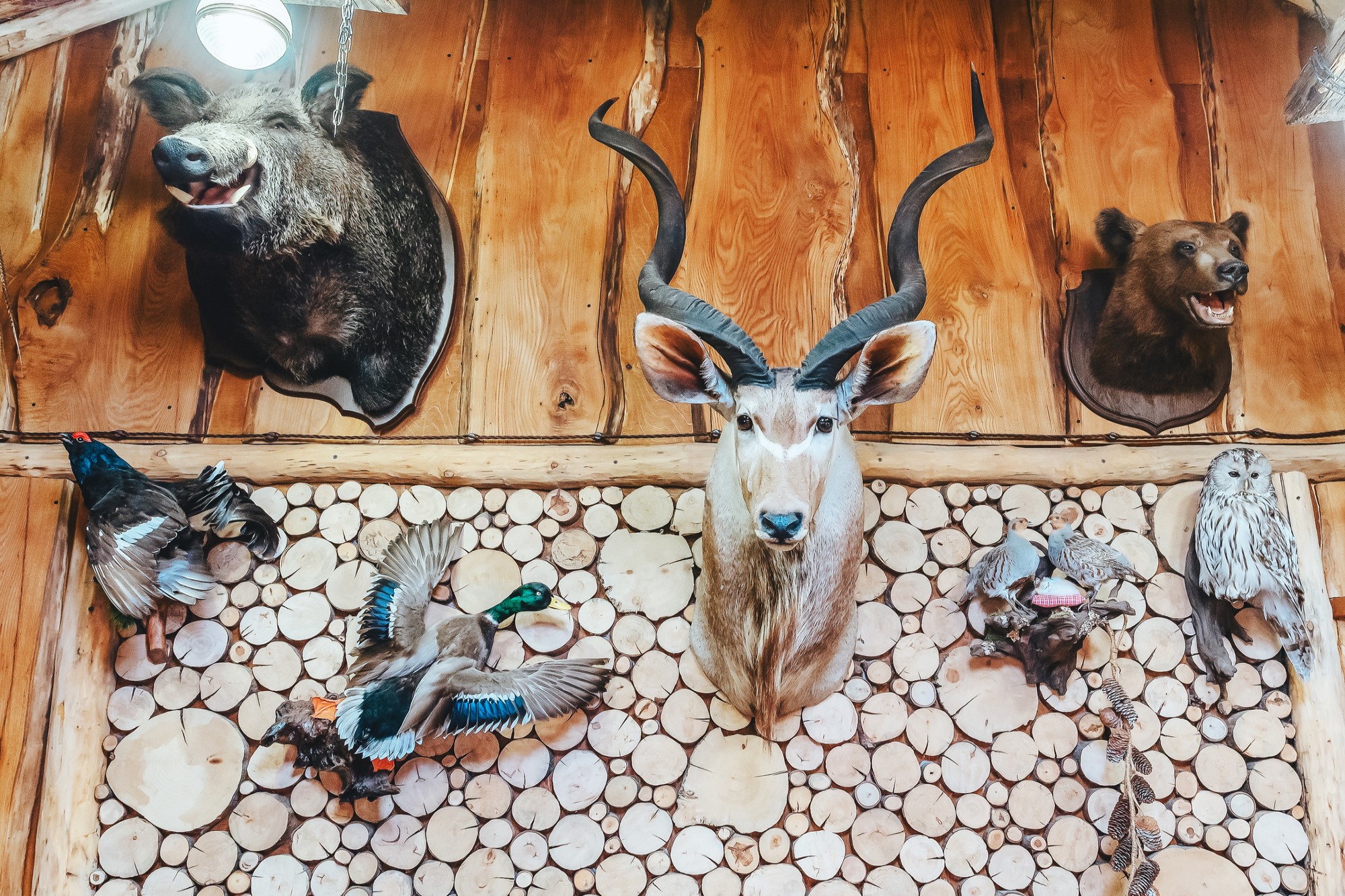 On July 2nd, 2015, American dentist Walter Palmer (legally) killed a lion named Cecil, a favorite of visitors of Hwange National Park in Zimbabwe. The news of Cecil’s death and several unsavory pictures of Palmer went viral, prompting a vicious backlash against Palmer and an international discussion about the morality of trophy hunting. People all over the world condemned the practice, and many people became convinced that trophy hunting is immoral.

My topic in this post is the morality of trophy hunting. Instead of denouncing or defending the practice, I argue that a distinction sometimes drawn by opponents of the practice cannot be maintained.

First, let’s get clear on some terms and the scope of my claims. By ‘trophy hunting,’ I mean recreational hunting (or fishing) for trophies, sport, or prestige, without the intention of keeping meat for consumption. By ‘meat hunting,’ I mean recreational hunting (or fishing) with the intention of keeping some meat for consumption. Crucially, I limit my discussion to hunting as it is practiced by well-to-do Westerners and others who do not need to hunt to sustain themselves.

Now, to the argument.

Most people believe that animals matter, morally speaking. Although people disagree about how much and in what ways animals matter, there are zones of clear consensus. For instance, almost everyone would agree that it would be wrong to vivisect a stray dog in order to amuse guests at a party (as it is rumored the philosopher René Descartes did), mainly because the great harm that would be done to the dog by such an action would not be outweighed by other sufficiently important moral considerations.

Likewise, almost everyone would agree that hunting is permissible only if the harm or setback to the hunted animal is outweighed by other morally important considerations.

If hunting were, in general, perfectly analogous to frivolous vivisection, everyone would universally condemn it.

As it stands, hunting is not perfectly analogous to frivolous vivisection. While both activities involve animal suffering and death, the former but not the latter is associated with morally important goods. For one, hunting can have beneficial environmental and social effects. Hunting can be used to control invasive species, raise money for conservation, and so forth. Then there are the benefits to the hunter. I’m told hunting can be deeply pleasurable. Reportedly, it can be exhilarating, relaxing, challenging, satisfying, even transcendent. I’ve never been hunting, so I can’t speak from personal experience. But the philosopher José Ortega y Gasset can:

When one is hunting, the air has another, more exquisite feel as it glides over the skin or enters the lungs, the rocks acquire a more expressive physiognomy, and the vegetation becomes loaded with meaning. But all this is due to the fact that the hunter, while he advances or waits crouching, feels tied through the earth to the animal he pursues, whether the animal is in view, hidden, or absent.

Unlike the experience of partygoers watching a frivolous vivisection, the experience Gasset describes seems significantly valuable. Apart from the experience of hunting, the projects, skills, activities, and communities connected with the practice are part of what makes life meaningful and interesting to many hunters. And finally, there are the spoils. Trophy hunters obtain war stories, heads, antlers — that sort of thing. Meat hunters obtain meat. Hunters desire these spoils and are pleased when they obtain them, and since we have moral reason to care about whether a person is pleased and gets what they want, these spoils are morally important, too.

Now, you might think that the goods associated with recreational hunting can never outweigh its morally objectionable features. If so, then you probably already agree with me that there is no fundamental distinction between trophy and meat hunting. Both are always wrong. Many people, however, believe that hunting is permissible if and only if it yields some particular combination of the goods just enumerated. In other words, the overall benefits of hunting can (but won’t always) outweigh the harm to the hunted animals. For instance, you might think that deer hunting is permissible so long as the practice benefits the ecosystem and the hunter eats the meat.

I believe that ideas of this sort are what usually lead people to conclude that there is some inherent moral difference between meat hunting and trophy hunting.

Somehow, the fact that the hunter consumes parts of the hunted animal is supposed to justify the harm done to the animal in a way that nothing else, except perhaps direct environmental or social benefits, can.

The problem with this line of reasoning is that the value gained by eating hunted meat is not relevantly different from the value associated with the hunting experience itself or with the procurement of trophies. Eating hunted meat may be especially pleasurable, but it does not provide a well-off Westerner with any more sustenance than could be obtained by eating beans and a B12 supplement. Thus, when trying to determine if the suffering and death of a hunted animal is compensated for by the good that comes of it, we shouldn’t count the fact that the hunter will obtain sustenance by hunting, since the hunter will obtain sustenance either way. All the value gained by eating a hunted animal as opposed to letting the animal live and eating beans comes from the special pleasure obtained by eating the hunted animal.

An analogy may help make this last point clearer. Suppose you are trying to decide between eating dinner at two equally nutritious but differently priced restaurants. The fact that you will eat something nutritious if you go to the more expensive restaurant cannot play a part in justifying the extra money you would spend in going there, because you will eat something nutritious in either case. Spending the extra money is worth it only if the more expensive restaurant will provide you with a sufficiently more pleasurable gustatory experience.

And here’s the thing.

In principle, a trophy hunter can get the same amount of pleasure out of admiring a stuffed lion’s head or telling a great story as the meat hunter can get from eating hunted meat.

In fact, the trophy hunter’s pleasure is likely to be longer lasting, since trophies, unlike meat, needn’t be consumed to be enjoyed. So, if trophy hunting is universally morally problematic because the suffering and death of the animal can never be outweighed by the benefits of the practice, then recreational meat hunting is universally problematic, too, since both produce basically the same types of benefits. It looks as if there is no inherent morally important difference between recreational meat hunting and trophy hunting.

An objector might point out that trophy hunting is more likely than meat hunting to produce negative environmental and social effects since trophy hunters are more often interested in targeting endangered species, megafauna, and so on. If so, then trophy hunters need to be more careful than meat hunters when selecting their targets so as to avoid producing these effects. But the issue at hand is not whether it is morally acceptable to hunt this or that animal (in this or that context). The issue is whether eating the meat of a hunted animal makes any deep moral difference. And trophy hunting (as I’ve defined it) needn’t produce any special environmental or social effects. For example, someone who hunts deer in Putnam County and secretly throws the meat away is going to produce the same basic environmental and social impact as someone in Putnam County who consumes the deer they hunt.

An objector might argue that eating a hunted animal’s meat is the only way to properly respect its dignity. I find this hard to accept. First, it’s likely all the same to the dead animal; unlike humans, most animals do not have wishes or customs concerning the handling of their corpses. Second, a carcass left in the field by a hunter undergoes the same fate as a carcass of an animal that died naturally. How, then, can this fate constitute an indignity?

My argument, if successful, shows that from a moral perspective there is nothing special about trophy hunting. When an incident like the one involving Palmer and Cecil next captures the world’s attention, I think it would be a mistake for us to focus on the trophy hunting aspect. The relevant questions concern the morality of hunting the type of animal killed and of hunting (by well-to-do Westerners and others who don’t need the meat) generally.