Should Monarchies Be Abolished?: The Argument from Equality 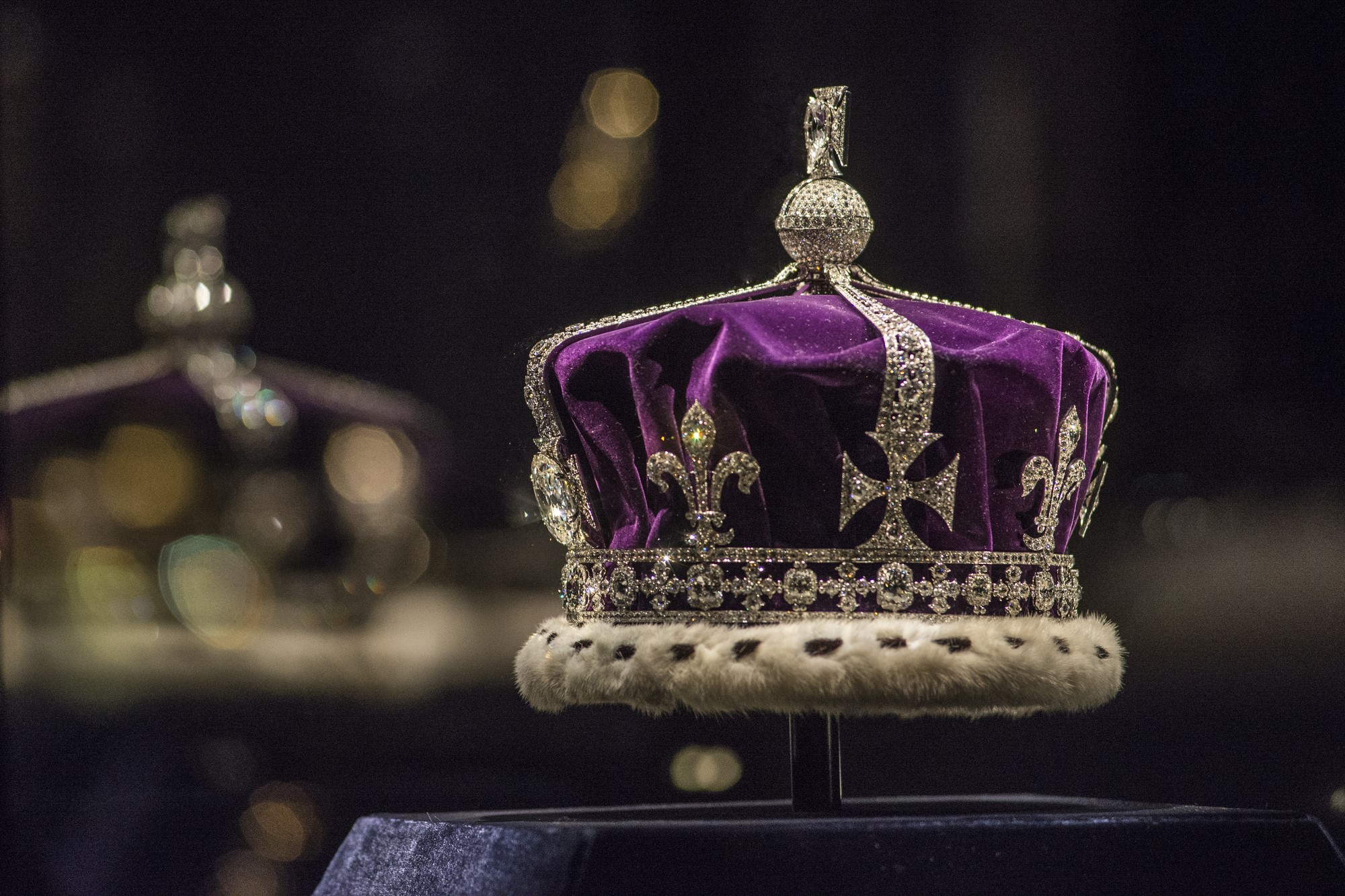 On September 8th, 2022, Queen Elizabeth II of England died at the age of 96. She held the crown for 70 years, making her the longest reigning monarch in the history of Britain. Her son, now King Charles III, will likely be coronated in mid-2023.

The death of the British monarch has drawn a number of reactions. Most public officials and organizations have expressed respect for the former monarchies and sympathy towards her family. However, others have offered criticism of both the Queen and the monarchy itself. Multiple people have been arrested in the U.K. for anti-royal protests. Negative sentiment has been particularly strong in nations that were previously British colonies – many have taken to social media to critique the Crown’s role in colonialism: the Economic Freedom Fighters, a minority party in South Africa’s parliament released a statement saying they will “not mourn the death of Elizabeth,” and Irish soccer fans chanted that “Lizzy’s in a box.” Professor Maya Jasanoff bridged the two positions, writing that, while Queen Elizabeth II was committed to her duties and ought to be mourned as a person, she “helped obscure a bloody history of decolonization whose proportions and legacies have yet to be adequately acknowledged.”

My goal in this article is to reflect on monarchies, and their role in contemporary societies. I will not focus on any specific monarch. So, my claims here will be compatible with “good” and “bad” monarchs. Further, I will not consider any particular nation’s monarchy. Rather, I want to focus on the idea of monarchy. Thus, my analysis does not rely on historical events. I argue that monarchies, even in concept, are incompatible with the moral tenets of democratic societies and ought to be abolished as a result.

Democratic societies accept as fundamentally true that all people are moral equals. It is this equality that grounds the right to equal participation in government.

Equal relations stand in contrast to hierarchical relationships. Hierarchies occur when one individual is considered “above” some other(s) in at least one respect. In Private Government, Elizabeth Anderson distinguishes between multiple varieties of hierarchy. Particularly relevant here are hierarchies of esteem. A hierarchy of esteem occurs when some individuals are required to show deference to (an) other(s). This deference may take various forms, such as referring to others through titles or engaging in gestures like bowing or prostration that show inferiority.

Generally, hierarchies of esteem are not automatically impermissible. One might opt into some. For instance, you might have to call your boss “Mrs. Last-Name,” athletes may have to use the title “coach” rather than a first name, etc. Yet, provided that one freely enters into these relationships, such hierarchies need not be troubling. Further, hierarchies of esteem may be part of some relationships that one does not voluntarily enter but are nonetheless morally justifiable – children, generally, are required to show some level of deference to their parents (provided that the parents are caring, have their child’s best interests in mind, etc.), for instance.

To live in a country with a monarch is to have an individual person and family deemed your social superiors, a group to whom you are expected to show deference, despite your moral equality. This is not a relationship you choose, but rather, one that is thrust upon you. Further, the deference we are said to owe to, and the higher status of, monarchs is not earned. Rather, it is something that they are claimed to deserve simply by virtue of who their parents are, who in turn owe their elevated status to their lineage. Finally, beyond merely commanding deference, monarchs are born into a life of luxury; they live in castles, they travel the world meeting foreign dignitaries, and their deaths may grind a country to a halt as part of a period of mourning.

So, in sum, monarchies undermine the moral foundation of our democracies. We value democratic regimes (in part) because they recognize our equivalent  moral standing. By picking out some, labeling them as the superiors in a hierarchy of deference due to nothing but their ancestry, monarchies are incompatible with the idea that all people are equal.

However, there are some obvious ways one might try to respond. One could object on economic grounds. There is room to argue that monarchies could potentially produce economic benefits. Royals may serve as a tourist attraction or, if internationally popular, might raise the profile and favorability of the nation, thus increasing the desirability of its products and culture. So perhaps monarchies are justified because they are on the whole beneficial.

The problem with this argument is that it compares the incommensurable. It responds to a moral concern by pointing out economic benefits.

My claim is not that monarchy is bad in every respect. Indeed, we can take it for granted that having a monarchy produces economic benefits. However, my claim is that it undermines the moral justification of democracy.

Without a larger argument, it does not follow that economic benefits are sufficient to outweigh moral concerns. This would be like arguing that we should legalize vote-selling due to its economic benefits – it seems to miss the moral reason why we structure public institutions the ways that we do.

Another objection may be grounded in culture. Perhaps monarchies are woven into the cultural fabric of the societies in which they exist; they are part of proud traditions that extend back hundreds or even thousands of years. To abolish a monarchy would be to erase part of a people’s culture.

While it’s true that monarchies are long traditions in many nations, this argument only gets one so far. A practice being part of a people’s culture does not make it immune to critique. Had the Roman practice of gladiatorial combat to the death for the sake of entertainment survived to this day, we would (hopefully) think it ought to be eliminated, despite thousands of years of cultural history.

When a practice violates our society’s foundational moral principles, it ought to be abolished no matter how attached to it we have become.

Finally, one might argue that abolition is unnecessary. Compared to their status throughout history, monarchies have fallen out of grace in the 20th and 21st centuries. Of the nations with monarchies, few have a monarch which wields anything but symbolic power (although some exceptions are notable). This argument relies on a distinction between what we might call monarchs-as-sovereigns and monarchs-as-figureheads. Monarchs-as-sovereign violate the fundamental tenets of democracy by denying citizens the right to participate in government, while monarchs-as-figureheads, wielding only symbolic power, do not, or so the argument goes.

The issue with this argument is that it underappreciates the full extent of what democracy demands. It does get things right by recognizing that the commitment to democracy arises from the belief that people deserve a say in a government that rules over them. However, it is just not that all citizens deserve some say, but rather, that all citizens deserve an equal say. One person, one vote.

Part of the justification for democracy is that individuals ought to be able to shape their lives, and thus deserve a say in the institutions that affect us all.

Although individuals may vary in their knowledge or other capabilities, to give some greater say in our decision making is to give them disproportionate power to shape the lives of others. No one individual should automatically be someone to whom we all must defer. We might collectively agree to, say, regard someone as an expert in a particular matter relevant to the public good and thus defer to her. However, this only occurs after we collectively agree to it in a process where we all have equal say, either by voting directly for her, or voting for the person who appoints her. Unless we have a parity of power in this process, then we diminish the ability of some to shape their own lives.

On these grounds, perhaps a monarchy could be justified if the citizens of a nation voted the monarch into power. This would simply be another means of collective deferment. But since electorates are constantly changing, there would need to be regular votes on this to ensure the voters still want to defer to this monarch. Yet current monarchies, by elevating the monarch (and family) above others while leaving this outside the realm of collective decision-making, violate the moral justification of democracy – some are made superior by default in the hierarchy of esteem. The establishment of democracy and abolition of all monarchy are proverbial branches that stem from the same tree. Our recognition of human equality should lead us to reject monarchy in even innocuous, purely symbolic forms.