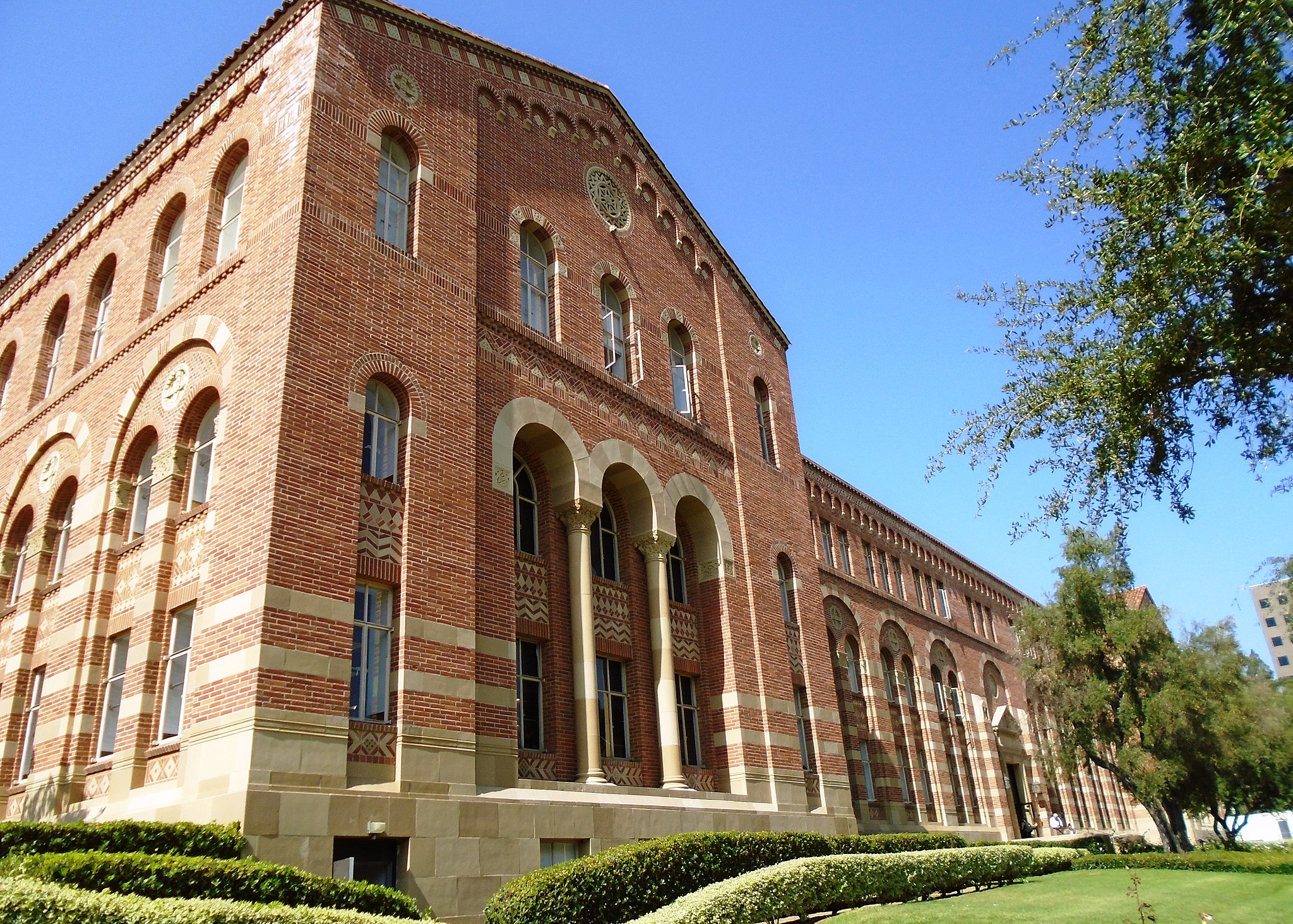 “2019 UCLA Haines Hall” by Beyond My Ken is licensed under CC BY-SA 4.0 (via Wikimedia Commons)

“The Department of Chemistry and Biochemistry at UCLA seeks applications for an assistant adjunct professor,” begins a recent job listing, “on a without salary basis. Applicants must understand there will be no compensation for this position.”

The listing has provoked significant backlash. Many academics have condemned the job as exploitative. They have also noted the hypocrisy of UCLA’s stated support of “equality” while expecting a highly qualified candidate with a Ph.D. to work for free. For context, UCLA pays a salary of $4 million to its head men’s basketball coach, Mick Cronin.

UCLA has now responded to the growing criticism, pointing out:

These positions are considered when an individual can realize other benefits from the appointment that advance their scholarship, such as the ability to apply for or maintain grants, mentor students and participate in research that can benefit society. These arrangements are common in academia.

It is certainly true that such arrangements are fairly common in academia. But are they ethical?

The university’s ethical argument is that the unpaid worker receives significant compensation other than pay. For example, having worked at a prestigious university might advance one’s career in the longer term – adding to their “career capital.” The implication is that these benefits are significant enough that the unpaid job is not exploitative.

Similar arguments are given by organizations that offer unpaid internships. The training, mentoring, and contacts an intern receives can be extremely valuable to those starting a new career. Some unpaid internships for prestigious companies or international organizations are generally regarded to be so valuable for one’s career that they are extremely competitive, sometimes receiving hundreds of applications for each position.

Besides the sheer usefulness of these jobs, there is also a libertarian ethical case for unpaid positions. If the workers are applying for these jobs, they are doing so because they are choosing to. They must think the benefits they receive are worth it. How could it be ethical to ban or prevent workers from taking jobs they want to take? “It shouldn’t even need saying,” writes Madeline Grant, “but no one is forced to do an unpaid internship. If you don’t like them, don’t take one—get a paid job, pull pints, study, go freelance—just don’t allow your personal preferences to interfere with the freedoms of others.”

On the other side of the debate, the opponents of unpaid jobs argue that the practice is inherently exploitative. The first Roman fire brigade was created by Marcus Licinius Crassus:

Crassus created his own brigade of 500 firefighters who rushed to burning buildings at the first cry for help. Upon arriving at the fire, the firefighters did nothing while their Crassus bargained over the price of their services with the property owner. If Crassus could not negotiate a satisfactory price, the firefighters simply let the structure burn to the ground.

Any sensible homeowner would accept almost any offer from Crassus, so long as it was less than the value of the property. The homeowner would choose to pay those prices for Crassus’ services. But that doesn’t make it ethical. It was an exploitative practice – the context of the choice matters. Likewise, employers may find workers willing to work without compensation. But that willingness to work without compensation could be a sign of the worker’s desperation, rather than his capacity for autonomous choice. If you need to have a prestigious university like UCLA on your C.V. to have an academic career, and if you can’t get a paid position, then you are forced to take an unpaid adjunct professorship.

Critics of unpaid jobs also point out that such practices deepen economic and social inequality. “While internships are highly valued in the job market,” notes Rakshitha Arni Ravishankar, “research also shows that 43% of internships at for-profit companies are unpaid. As a result, only young people from the most privileged backgrounds end up being eligible for such roles. For those from marginalized communities, this deepens the generational wealth gap and actively obstructs their path to equal opportunity.” Not everyone can afford to work without pay. If these unpaid positions are advantageous, as their defenders claim, then those advantages will tend to go toward those who are already well-off, worsening inequality.

There are also forms of unpaid work which are almost universally seen as ethical: volunteering, for instance. Very few object to someone with some spare time and the willingness to help a charity, contribute to Wikipedia, or clean up a local park. The reason for this is that volunteering generally lacks many of the ethical complications associated with other unpaid jobs and internships. There are exceptions; some volunteer for a line on their C.V. But volunteering tends to be done for altruistic reasons rather than for goods like career capital and social connections. This means that there is less risk of exploitation of the volunteers. Since volunteers do not have to worry about getting a good reference at the end of their volunteering experience, they are also freer to quit if work conditions are unacceptable to them.

On the ethical scale, somewhere between unpaid internships and volunteering are “hidden” forms of unpaid work that tend to be overlooked by economists, politicians, and society more generally. Most cooking, cleaning, shopping, washing, childcare, and caring for the sick and disabled represents unpaid labor.

Few consider these forms of unpaid work as directly unethical to perform or request family members to help carry out. But it is troubling that those who spend their time doing unpaid care work for the sick and disabled are put at a financial disadvantage compared to their peers who choose to take paid forms of work instead. An obvious solution is a “carer’s allowance,” a government payment, paid for by general taxation, to those who spend time each week taking care of others. A very meager version of this allowance (roughly $100/week) already exists in the U.K.

These “hidden” forms of unpaid work also have worrying implications for gender equality, as they are disproportionately performed by women. Despite having near-equal representation in the workforce in many Western countries, women perform the majority of unpaid labor, a phenomenon referred to as the “double burden.” For example, an average English female 15-year-old is expected, throughout her life, to spend more than two years longer performing unpaid caring work compared to the average male 15-year-old. This statistic is no exception. The Human Development Report, studying 63 countries, found that 31% of women’s time is spent doing unpaid work, as compared to 10% for men. A U.N. report finds that, in developed countries, women spend 3:30 hours a day on unpaid work and 4:39 hours on paid work. In comparison, men spend only 1:54 hours on unpaid work, and 5:42 on paid work. Finding a way to make currently unpaid work pay, such as a carer’s allowance, could also be part of the solution to this inequality problem.

Is unpaid work ethical? Yes, no, and maybe. Unpaid work covers a wide bandwidth on the ethical spectrum. At one extreme, there are clear cases of unpaid work which are morally unproblematic, such as altruistically volunteering for a charity or cooking yourself a meal. And, at the other extreme, there are cases where unpaid work is clearly unethical exploitation: cases of work that ought to be paid but where employers take advantage of their workers’ weak bargaining positions to deny them the financial compensation to which they are morally entitled. And many cases of unpaid work fall somewhere between these two extremes of the moral spectrum. In thinking about these cases, we have no alternative but to look in close detail at the specifics: at the power dynamics between the employers and the employees, the range and acceptability of the options that were available to workers, and the implications for equality.