Celebrity, Wealth, and Meaning in Life 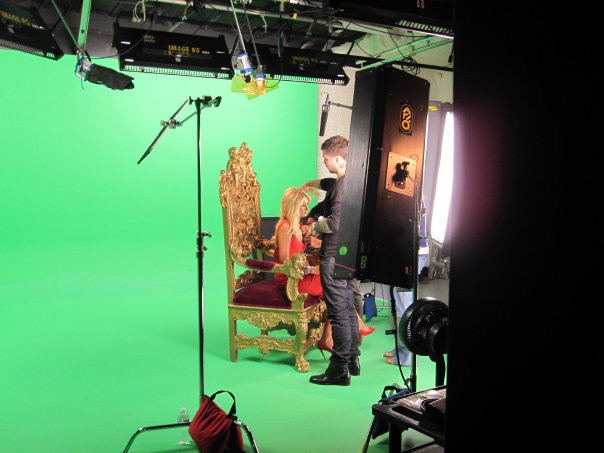 People love celebrity and, in particular, they love rich celebrity. Reality TV makes a fortune by playing on people’s voyeuristic desires to see how rich people live. Paris Hilton, the Kardashians, and the Jenners are noteworthy simply for being rich and famous. “The Real Wives” franchise has been so successful that it has launched iterations of its brand in at least 10 different states. Many people admire and hold a high opinion of the capacities of Donald Trump simply because he’s perceived as being wealthy. Our culture is less likely to convict or to require the rich and famous to do any hard time for their criminal behavior. We live vicariously through them; we don’t want for them that which we wouldn’t want for ourselves under the same circumstances. After all, each one of us may be inclined to reason, “I myself am just a temporarily embarrassed billionaire.”

This is an attitude that people have long taken toward the rich, and it is one that we would do well to reflect carefully upon. The 18th-century philosopher Adam Smith is a figure that people often associate with capitalism, but Smith was not impressed with the ways in which people in his day viewed wealth. He wrote not only about markets, but also about moral behavior and the kinds of things about which people are inclined to express approval and disapproval. In The Theory of Moral Sentiments, he writes:

This disposition to admire, and almost to worship, the rich and the powerful, and despise, or, at least, to neglect, persons of poor and mean condition, though necessary to both establish and maintain the distinction of ranks and order in society is, at the same time, the great and most universal cause of the corruption of our moral sentiments. That wealth and greatness are often regarded with the respect and admiration which are due only to wisdom and virtue; and that the contempt, of which vice and folly are the only proper objects, is most unjustly bestowed upon poverty and weakness, has been the complaint of moralists in all ages.

Though there may be much to criticize in the idea of necessary distinction in terms of rank, Smith speaks to our times when he points out that while we venerate the wealthy, we are more likely to engage in what we might today call attribution bias when it comes to the poor. We seem inclined to attribute bad behavior on the part of others to their enduring personality characteristics (for example, their laziness, their self-indulgence, their lack of vision, etc.), and might be contemptuous of them for those reasons, but that same person would attribute similar bad behavior on their part to the various particulars of their circumstances. So, for example, Jane engages in attribution bias when she blames the fact that Tom got nothing done on the weekend on what she views as his laziness but explains the fact that she got nothing done on the same weekend on the fact that she had a long hard week at work and needed a rest.

A similar phenomenon occurs when people consider the behavior of the poor. We are more likely to say that a person who is out of work, addicted to drugs, or finds themselves homeless is in one or more of those circumstances because of their vicious traits of character than we are to say that they find themselves where they are due to bad luck, poor treatment, or ill health. Society tends to be contemptuous of such people for that reason, and often even passes retributive legislation that makes these social problems worse. These sentiments prevent us from viewing poverty and its attendant consequences (for example, addiction, criminal behavior, and incarceration) as public health and safety challenges that should be dealt with in compassionate ways.

When it comes to the wealthy, on the other hand, we tend to attribute success to work ethic, talent, innovativeness, and worthiness. Those who rise to the top do so because they deserve to be there; surely there could be no flaws with the system of merit that ensures that anyone with the right set of traits gets where they deserve to be. We admire such people, even when, in fact, they have vicious characters and manipulated and exploited people to get where they are.

The explanation behind how we view the wealthy probably has much to do with how we are encouraged to think about meaning in life. Here in the United States, the “American Dream” is often presented in a way that focuses on the value of material success. People live this dream to the extent that they are able to find work which allows them to purchase an impressive house and fancy cars to store in a large garage. Young people often plan their lives in ways that are focused on maximizing profits, or, at least, they are often encouraged to do so by their parents or their peers and made to feel like failures if they don’t. At some point, many come to believe that this kind of meaning can be theirs if, and only if, they work at it, and those who have not achieved such success must simply not have worked hard enough. Contempt ensues.

As Adam Smith points out, people frequently make the mistake of confusing material success and social status for virtue. He says,

The respect which we feel for wisdom and virtue is, no doubt, different from that which we conceive for wealth and greatness; and it requires no very nice discernment to distinguish the difference. But, notwithstanding this difference, those sentiments bear a very considerable resemblance to one another. In some particular features they are, no doubt, different, but, in the general air of the countenance, they seem to be so very nearly the same, that inattentive observers are very apt to mistake the one for the other.

Similar as they may feel, wealth and status are not the same thing as virtue. If we want to live flourishing lives, it would be wise of us to change our attitudes toward the rich and famous. Philosophers have long engaged in debate regarding meaning in life, but, perhaps unsurprisingly, no philosopher of note has concluded that meaning (or, absent that, a good or virtuous life) consists in attaining wealth and power. Our moral sentiments on this point are increasingly important as oligarchs gain more and more control over the planet. When our attitudes are distorted by the seductive powers of wealth and status, we aren’t in a position to recognize that the things we value most (for example, autonomy, self-respect, the well-being of the planet etc.,) are being bought and sold in a way that recognizes no greater good than the dollar.