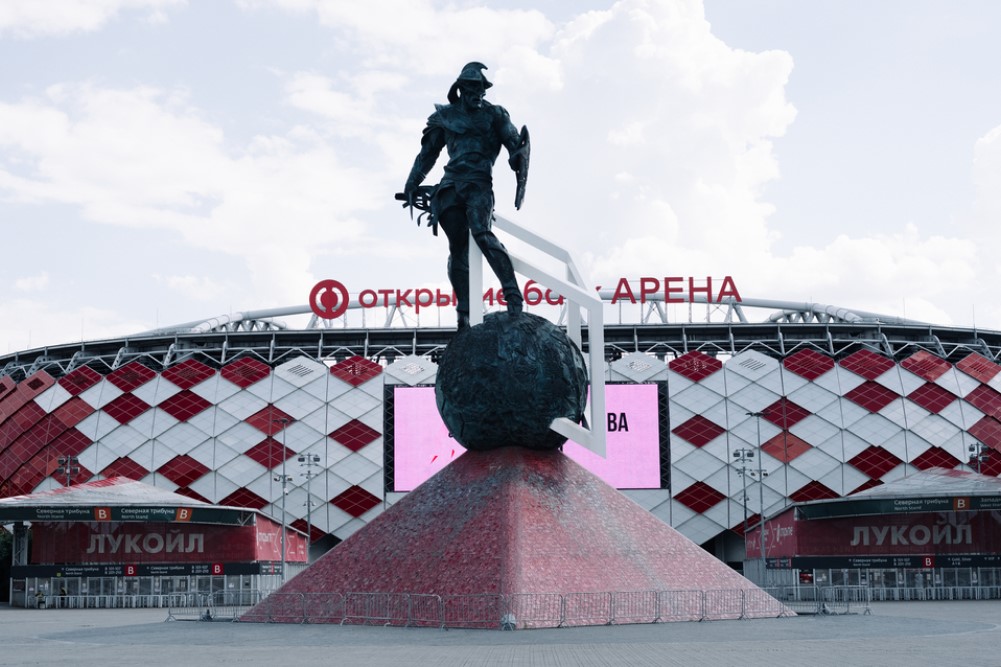 In The Atlantic, Yasmeen Serhan has argued that, despite the temptation to see it as such, these bans are not merely symbolic. By kicking Russia out of sport, by not releasing Disney movies in Russia, by not subjecting Russians to the Eurovision song contest, we send a message: “If Russia acts beyond the bounds of the rules-based international order in Ukraine, it will be treated as an outsider by the rest of the world.”

According to Serhan, these cultural sanctions might not make much of an economic impact, but they do stop Russia from succeeding on the World stage – a key Putin aim. What’s more, “if ordinary Russians can no longer enjoy many of the activities they love, including things as quotidian as watching their soccer teams play in international matches… their tolerance for their government’s isolationist policies will diminish.”

I want to take up two distinct issues that spring out from reading Serhan’s persuasive piece.

Firstly, let’s talk about sportswashing – that is, the laundering of one’s reputation through sport. As noted in Serhan’s piece, Russia has been using sport to increase its global reputation by succeeding – albeit through doping – in athletics, and hosting events like the World Cup in 2018 and the 2014 Winter Olympics in Sochi. War is as good an excuse as any to prevent nations from laundering their reputations through sports, but we could perhaps learn a lesson here. As The Guardian’s Barney Ronay notes, it’s often just far too late by the time we react to evil regimes’ sportswashing. Much of the damage has been done already. Last year, cycling’s European Track Championships were stripped from Belarus, only after a state-sponsored hijacking of a plane to capture a dissident journalist. But what will Qatar have to do for FIFA to take the World Cup away from it: kill more immigrant laborers?

It’s all well and good that Russia, and its clubs, can no longer compete, but poisoning people on British soil was fine, so long as the money kept flowing into London. It might be time for sporting associations to take their social responsibilities seriously, even if just for the purely egotistical reason that they look pretty stupid when everything blows up.

Beyond these tangible impacts of cultural sanctions – and this is my second point – there is more to be said about their symbolic purpose.

George Orwell said sport “is bound up with hatred, jealousy, boastfulness, disregard of all rules and sadistic pleasure in witnessing violence: in other words it is war minus the shooting.” I have little time for this sentiment in general, but something about it is instructive. When we play sports, we compete. We want to win. But sports have arbitrary goals: we aren’t competing for natural resources, or for power, or for love. We’re competing to be the best at kicking a ball into a net. And, ultimately, we are often doing that for glory. This drive for glory can be perverted, such as when evil regimes use the desire for glory to improve their own standing. And the desire for glory has an egoism at its heart: I want the glory, I want to be better than you. Still, this is a long way from war.

And it doesn’t strike me as particularly morally problematic. In fact, it strikes me as a good thing that we have a space where we can express this desire to win, to be better than others, in fairly harmless contexts.

But that’s precisely why Russia shouldn’t be allowed to compete: because Russia is not just trying to be better in a sporting domain, it is trying to take over another country. There is no way of competing with Russia at sport and this not being manifestly obvious. Every kick of the ball would be imbued with this context.

Sports are games, when we engage in sports we are playing. How can you play with somebody who is trying to kill somebody else you are playing with? The same applies on a global scale. How can you play football against Russia, when Russia is trying to take over Ukraine? There seems to be something about the nature of sporting competition (and think of the use of “sporting” that means “fair”) that excludes competing with murderous regimes. By imposing sporting sanctions, we make it clear that we – the global sporting community – will not engage with such regimes.

Now, perhaps you think that other nations do things that are just as bad, or perhaps you think we should draw the line earlier than full-on war. Perhaps you think the human rights abuses that go on around the world mean other nations, clubs, or players should be excluded from sports. That is all well and good – but the focus here is simply Russia, and we needn’t engage in working out the full expanse of a theory in order to see how it can apply in a clear case.

Further, my argument has its limits. Individuals don’t necessarily represent their nation. That’s why I think that it’s perfectly fair that a Russian cyclist or footballer might still be able to compete for a foreign team. The gray areas come up when we consider club sides (like Spartak Moscow) and individual athletes competing under a national banner (like at the Olympics).

Football clubs might, in some way, represent their local area. But even if we think that Spartak Moscow represents Moscow, or part of it, it’s far from clear that they represent the political entity that is Russia. And although athletes compete at the Olympics for their nation, when it comes to the individual or pairs events, they are very much also competing as individuals.

Thinking about these cultural sanctions solely in terms of having an impact (and trying to prevent needless suffering in Ukraine) might point us in favor of harsh sanctions, including against sports teams that play in Russian, and even Russian individuals. But thinking about the symbolic and sporting value of excluding Russia from sporting events gives us a clear reason for excluding Russia. After all, Russia is using tremendous violence to achieve its political aims, so it should not be permitted to compete on the relatively friendly sporting stage. It has shown itself to not be a friend.