The Democratic Limits of Public Trust in Science 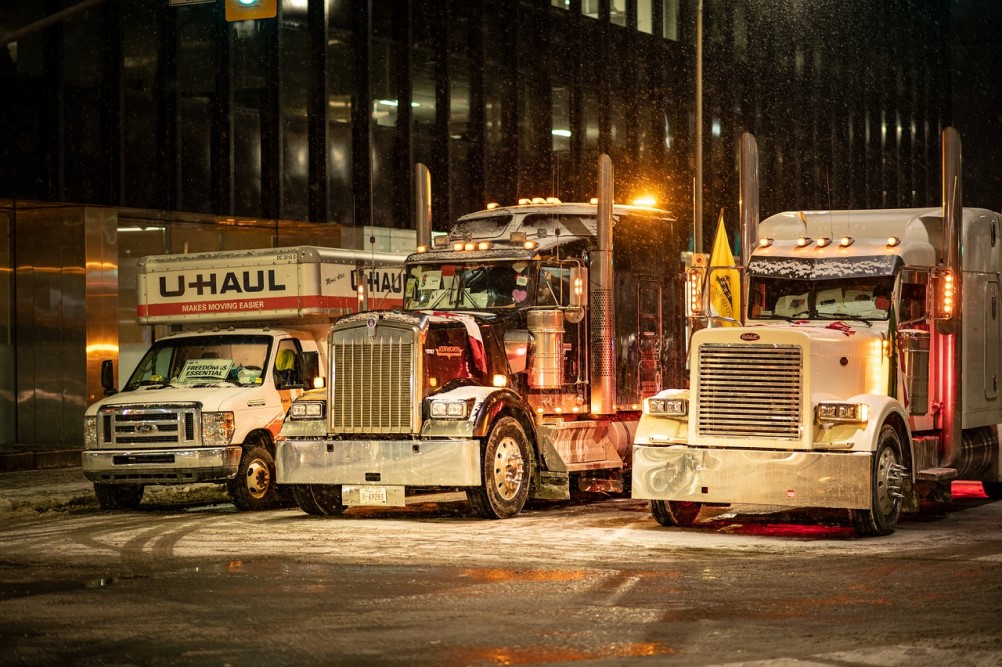 It isn’t every day that Canada makes international headlines for civil unrest and disruptive protests. But the protests which began last month in Ottawa by the “Freedom Convoy” have inspired similar protests around the world and led to the Canadian government declaring a national emergency and seeking special powers to handle the crisis. But what exactly is the crisis that the nation faces? Is it a far-right, conspiratorial, anti-vaccination movement threatening to overthrow the government? Or is it the government’s infringement on rights in the name of “trusting the experts”?

It is easy to take the view that protests are wrong. First, we must acknowledge that the position that the truckers are taking in protesting the mandate is fairly silly. For starters, even if they were successful at getting the Canadian Federal Government to change its position, the United States also requires that truckers be vaccinated to cross the border, so this is a moot point. I also won’t defend the tactics used in the protests including the noise, blocking bridges, etc. However, several people in Canada have pinned part of the blame for the protests on the government, and Justin Trudeau in particular, for politicizing the issue of vaccines and creating a divisive political atmosphere.

First, it is worth noting that Canada has relied more on restrictive lockdown measures as of late compared to other countries, and much of this is driven by the need to keep hospitals from being overrun. However, this is owing to long-term systemic fragility in the healthcare sector, particularly a lack of ICU beds, prompting many – including one of Trudeau’s own MPs – to call for reform to healthcare funding to expand capacity instead of relying so much on lockdown measures. One would think that this would be a topic of national conversation with the public wondering why the government hasn’t done anything about this situation since the beginning of the pandemic. But instead, the Trudeau government has only chosen to focus on a policy of increasing vaccination rates, claiming that they are following “the best science” and “the best public health advice.”

Is there, however, a possibility that the government is hoping that enough people get vaccinated and with enough lockdown measures, they can avoid having the healthcare system collapse, expect the pandemic blows over, and escape without having to address such long-term problems? Maybe, maybe not. But it certainly casts any advice offered or decisions made the government in a very different light. Indeed, one of the problems with expert advice (as I’ve previously discussed here, here, and here) is that it is subject to inductive risk concerns and so the use of expert advice must be democratically-informed.

For example, if we look at a model used by Canada’s federal government, one will note how often its projections are based on different assumptions about what could happen. The model itself may be driven by a number of unstated assumptions which may or may not be reasonable. It is up to politicians to weigh the risks of getting it wrong, and not simply treat experts as if they are infallible. This is important because the value judgments inherent in risk assessment – about the reasonableness of our assumptions as well as the consequences of getting it wrong and potentially overrunning the healthcare system – are what ultimately will determine what restriction measures the government will enact. But this requires democratic debate and discussion. This is where failure of democratic leadership breeds long-term mistrust in expert advice.

It is reasonable to ask questions about what clear metrics a government might use before ending a lockdown, or to ask if there is strong evidence for the effectiveness of a vaccine mandate. But for the public, not all of whom enjoy the benefit of an education in science, it is not so clear what is and is not a reasonable question. The natural place for such a discussion would be the elected Parliament where representatives might press the government for answers. Unfortunately, defense of the protest in any form in Parliament is vilified, with the opposition being told they stand with “people who wave swastikas.” Prime Minister Trudeau has denounced the entire group as a “small fringe minority,” “Nazis,” with “unacceptable views.” However, some MPs have voiced concern about the tone and rhetoric involved in lumping everyone who has a doubt about the mandate or vaccine together.

This divisive attitude has been called out by one of Trudeau’s own MPs who said that people who question existing policies should not be demonized by their Prime Minister, noting “It’s becoming harder and harder to know when public health stops and where politics begins,” adding, “It’s time to stop dividing Canadians and pitting one part of the population against another.” He also called on the Federal government to establish clear and measurable targets.

Unfortunately, if you ask the federal government a direct question like “Is there a federal plan being discussed to ease out mandates?” you will be told that:

there have been moments throughout the pandemic where we have eased restrictions and those decisions have always been made guided by the best available advice that we’re getting from public health experts. And of course, going forward we will continue to listen to the advice that we get from our public health officials.

There is also a bit of history at play. In 1970, Trudeau’s father Pierre invoked the War Measures Act during a crisis that resulted in the kidnapping and murder of a cabinet minister. It resulted in rounding up and arrest of hundreds of arrests without warrant or charge. This week the Prime Minister has invoked the successor to that legislation for the first time in Canadian history because…trucks. The police were having trouble moving the trucks because they couldn’t get tow trucks to help clear blocked border crossing. Now, while we can grant that the convoy has been a nuisance and has illegally blocked bridges, we’ve also seen the convoy complying with court-ordered injunctions on honking, we’ve also seen the convoy organizers opposing violence, with no major acts of violence taking place. While there was a rather odd proposal that the convoys could form a “coalition” with the parliamentary opposition to form a new government, I suspect that this is more owing to a failure to understand how Canada’s system of government works rather than a serious attempt to, as some Canadian politicians would claim “overthrow the government.”

The point is that this is an issue that has started with a government not being transparent and accountable, abusing the democratic process in the name of science, and taking advantage of the situation to demonize and delegitimize the opposition. It is in the face of this, and in the face of uncertainty about the intentions of the convoy, and after weeks of not acting sooner to ameliorate the situation, that the government claims that a situation has arisen that, according to the Emergencies Act, is a “threat to the security of Canada…that is so serious as to be a national emergency.” Not only is there room for serious doubt as to whether the convoy situation has reached such a level, but this is taking place during a context of high tension where the government and the media have demonstrated a willingness to overgeneralize and demonize a minority by lobbing as many poisoning the well fallacies as possible and misrepresenting the nature of science. The fact that in this political moment the government seeks greater power is a recipe for abuse of power.

In a democracy, where not everyone enjoys the chance to understand what a model is, how they are made, or how reliable (and unreliable) they can be, citizens have a right to know more about how their government is making use of expert advice in limiting individual freedom. The politicization of the issue using the rhetoric of “following the science,” as well as the government’s slow response and opaque reasoning have only served to make it more difficult for the public to understand the nature of the problem we face. Our public discourse has been stunted by transforming our policy conversations into a narrow one about vaccination and the risk posed by the “alt right.” But there is a much bigger, much more real problem here: the call to “trust the experts” can be used just as easily as a rallying call for rationality as it can be a political tool to demonizing entire groups of people to justify taking away their rights.