The Ethical Risks of Ad-Hoc Bilingualism 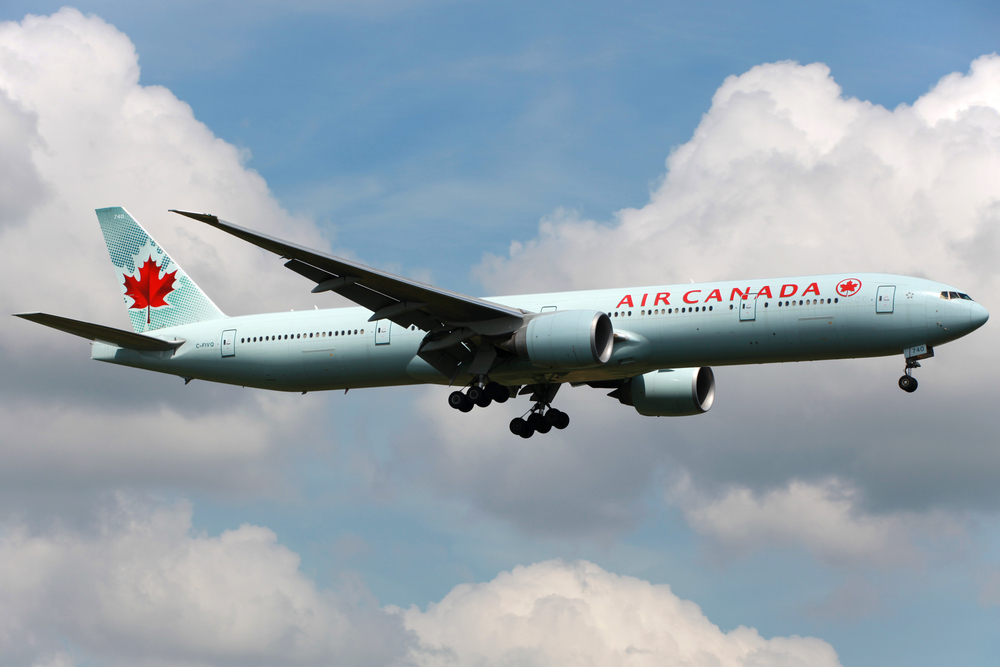 A rather strange episode in Canadian language relations occurred at the beginning of November when the CEO of Canada’s flagship airline Air Canada had to apologize for not being able to speak French, despite living in Montreal for 14 years. Quebec politicians and journalists quickly labelled the remarks as “insulting,” prompting a wave of criticism in his direction, including from the Deputy Prime Minister herself, who wrote a letter to the airline telling the CEO that improvement to his language ability “should be incorporated as one of his key performance goals.” The affair has prompted yet another debate about bilingualism in Canada, but this particular instance highlights a growing ethical problem regarding the way that bilingual policies are understood in practice.

The affair began on November 3rd when Michael Rousseau, the CEO of Air Canada, made his first major speech after taking on the role in February to the Montreal Chamber of Commerce. Rousseau spoke limited French during his speech, and when asked afterwards by a journalist how he could live in Montreal for so long without speaking French, he replied, “I’ve been able to live in Montreal without speaking French, and I think that’s a testament to the city of Montreal.” These remarks were labelled as contemptuous of Quebec and its culture, “appalling and disrespectful,” “insensitive,” and indicative of a “lack of respect for francophones” by various officials at the federal level and from the Quebec government. In response, Rousseau has pledged to take French lessons.

This affair has prompted a counter response that this is simply Quebec “fragility” with each charge against Rousseau being more absurd than the last. But, putting aside the culture war for a second, its worth considering what bilingualism is supposed to mean to a contemporary Canadian society. The role of the French language has been a hot issue in Quebec since the government recently introduced new legislation to strengthen the French language in Quebec and crack down on English use in public. Initially, the policy of official bilingualism in Canada began with the Official Languages Act of 1969, passed by Pierre Trudeau’s government. The intention behind it was to ensure French and English would be given equal status and that French or English Canadians would be able to access services from the federal government in their own language. In addition, Canada’s constitution guarantees equal language rights and education rights. But these inclusive policies seem merely meant to guide government services, not encourage all members of Canadian society to be bilingual.

For starters, science tells us that learning a new language once we reach adulthood is very difficult because our neural connections have stabilized by that point. This means that a number of social factors will likely determine success in picking up a new language. The science of languages suggests that learning a second language really requires one “to be immersed in it,” “to be around native speakers as much as possible.” Yet, the 2016 Census found that 86% of bilingual Canadians live in Quebec, Ontario, and New Brunswick, meaning that if you live in a difficult geographic region, your ability to learn a second language is far more difficult. In addition, civil servants have argued that current bilingual policies are racist because they effectively exclude immigrants and new Canadians who in many cases must learn not one, but two new languages if they wish to work at the federal level.

There are also concerns that the policy of official bilingualism is exclusionary for aboriginals as well. Former MP Roméo Saganash opposed forcing Supreme Court judges to be bilingual, for example, because it would effectively prevent aboriginals from reaching it. Even recently, there was a controversy over the fact that Canada’s newest and first Aboriginal Governor General, Mary Simon, a bilingual person speaking English and Inuktitut and born in Quebec, was unable to speak French. This raised hundreds of complaints from francophones despite Simon noting how as a child she was denied the chance to learn French.

Finally, even once one has attained bilingual status, ethical concerns remain. The federal government’s own website notes how tension and insecurities between second language speakers and native speakers can lead to exclusion. These insecurities have made it difficult to have a bilingual civil service, so why would we expect these factors not to be a problem if bilingualism were promoted more broadly?

This brings us back to the case of Michael Rousseau. Critics argue that since Air Canada, a former crown corporation, is the only national airline legally subject to the Official Languages Act and required to be headquartered in Montreal, it follows that the CEO should speak French. But while this is a reason for Air Canada to offer bilingual services, it is not an argument that everyone in the company should speak multiple langauges. As Sabrina Maddeaux recently noted,

If no one at Air Canada headquarters spoke French, that’d be a problem to discuss, but that’s certainly not the case. In fact, the airline has a multi-million dollar internal official languages program and employees dedicated to any complaints related to the Official Languages Act. Functionally, this is a non-issue. Rather, it’s a PR problem and optics issue the government has no business sticking its nose in.

Instead, most of the arguments against Rousseau seem to dwell on the symbolism involved. Some argue that Rousseau didn’t show enough “humility,” while other argue that Air Canada is “not just any company” because of its status in Canadian culture. They insist that that CEOs should set an example and that “Official languages obligations should be seen as a duty owed to the nation”: “If the CEO is not bilingual, why should a flight attendant?” Of course, the obvious answer is that a flight attendant directly offers the services mandated to be bilingual while the CEO does not.

But even if it can’t be legally required for a CEO to speak French, should we regard the expectation as more of a social requirement? Should everyone in the company be bilingual? What about other national corporations and institution? If the argument is that either for symbolic reasons or because we actively wish to promote a bilingual society, you must be bilingual if you want to operate at the national level, then we cannot ignore the larger moral issues and potential inequities.

Moving from a model of mandating service in both languages to a model of bilingualism that promotes it as a social policy carries important ethical concerns. Determining who should be bilingual and what national roles should be bilingual is not something that should be handled by a mob of journalists and politicians based on ad-hoc reasoning about which roles rise to the level sufficient importance. This isn’t an issue that affects only a single CEO who could easily afford French lessons. It could conceivably apply to any job field within federal jurisdiction. Such moves in official language policy have the potential to exclude many sections of Canadian society. Policies which could potentially ruin whole careers or exacerbate social inequalities should be rigorously debated and voted on. Given the moral challenges of bilingualism, it is morally irresponsible for a government to proceed in such an ad-hoc or arbitrary way.