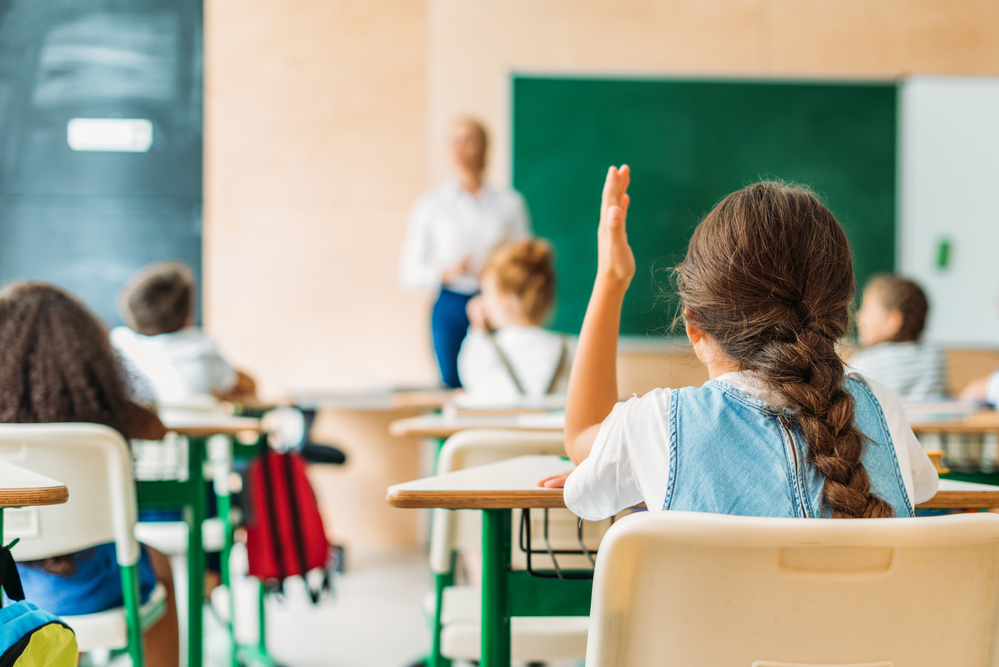 There’s been no shortage of post-mortems detailing Terry McAuliffe’s defeat at the hands of Glenn Youngkin in Tuesday night’s gubernatorial contest. Most accounts target one issue in particular: education. They point to school lockdowns and curriculum complaints as having sealed McAuliffe’s political fate. More specifically, it was McAuliffe’s declaration that “I don’t think parents should be telling schools what they should teach” that was responsible for driving away white, suburban moms and flipping the state from blue to red. In the end, the governor’s race in Virginia was decided by a single concern: parents’ rights.

However true this tale may or may not be, it seems vital to investigate our convictions regarding paternalism, autonomy, and the conflict between state interests and parents’ rights. How far should these rights extend? What function does the state serve in providing public education? And who should get the final say over school curricula? While the story’s already been written, we should take a moment to consider whether McAuliffe’s remark really was the obvious gaffe it’s been made out to be.

Certainly there’s always been a presumption in favor of familial discretion; it’s commonly held that households should be free to handle their own affairs. Consider, for example, Wisconsin v. Yoder. State law mandated that all children attend public school until age 16. But three different Amish families challenged the state’s right to compel attendance. They argued that compulsory education precluded their children from meaningful participation in their religious faith. High school instruction only interfered with these young adults’ religious development and integration into communal culture. Ultimately, exposure to the alternative values and worldviews preached in secondary school constituted a threat to the Amish way of life. Whatever worldly knowledge they might be taught at school paled in comparison to the vocational training they would receive at home.

In a unanimous decision (7-0), the Supreme Court found that these families’ right to freedom of religion outweighed the state’s interest in seeing their children educated. While “some degree of education is necessary to prepare citizens to participate effectively and intelligently in our open political system,” that imperative cannot justify trampling on other constitutional rights and liberties. This is true especially when a different, but commensurate, education remains on offer. As Chief Justice Burger explained,

The State’s claim that it is empowered, as parens patriae (parent of the people), to extend the benefit of secondary education to children regardless of the wishes of their parents cannot be sustained […], for the Amish have introduced convincing evidence that […] forgoing one or two additional years of compulsory education will not impair the physical or mental health of the child, or result in an inability to be self-supporting or to discharge the duties and responsibilities of citizenship, or in any other way materially detract from the welfare of society.

On its face, the court’s decision in Yoder might seem to provide absolute license for parents to dictate all aspects of their child’s education. Contrary to McAullife’s insistence that parents butt out, Yoder seems to suggest that the buck stops with them.

In reality, however, the ruling is much more limited than it might first appear. First, it only applies to cases where public education runs up against very specific First Amendment religious protections. Second, much of the ruling hinges on the Amish’s unique way of life. As Burger notes,

Given the unique (and especially isolated) way of life the Amish practice, it’s easier to explain how these students’ withdrawal from public school wouldn’t “materially detract from the welfare of society.”

Still, we shouldn’t make assumptions about the inevitable shape a developing child’s life will take. Justice White was quick to point out that while it’s more than likely that an Amish child “will wish to continue living the rural life of their parents,” others “may wish to become nuclear physicists, ballet dancers, computer programmers, or historians, and for these occupations, formal training will be necessary.” As such, the state has a crucial role to play in helping “prepare them for the lifestyle that they may later choose, or at least to provide them with an option other than the life they have led in the past.”

But if this is so central to the purpose of public schooling, why let these students opt-out? The court decided that the difference between an eighth grade education and a tenth grade education was so slight that the state couldn’t justify interfering with the families’ (but, more importantly, the children’s) religiously-informed convictions.

This finding, then, is much more limited than what parents’ rights advocates would have us believe. There is no broad license granted. There exists no basis for parents’ expansive and inviolable rights. There is no precedent in favor of parents picking and choosing which educational line items to approve and which to discard. Growth and development are stunted in insular settings; learning is about confronting the unfamiliar. Our commitment to consumer choice and rugged individualism blinds us to the role the village plays in raising our child, but that doesn’t make the proverb any less true.

Apart from the obvious practical problems with imbuing every parent with a veto right over school curricula, the belief that parents are best-positioned to judge the educational merits of scholastic programs disrespects the expertise of educators. There’s reason to doubt that parents possess innate knowledge of the intellectual and psychological needs of students better than teachers.

Ultimately, the battle cry of “parents’ rights!” fails to appreciate the person whose interests are actually at stake in these confrontations: children. Parents merely act as stewards of a child’s future until that youth herself becomes capable of exercising an autonomous will. While we often defer to parents because we think that mother or father might know best, this should not be confused with universal permission; there are very real limits to freedom parents can exercise in determining what’s best for their child. Despite often acting as guardians of their child’s individual interests, there are all sorts of issues where we do not grant parents final say. We limit parental authority to refuse medical treatment for their child, school children are required to have MMR vaccinations, and most states set homeschooling requirements regarding assessment, parents’ qualifications, and curriculum approval. Why? Because the state is obligated to protect vulnerable populations who cannot defend (or even express) their interests. It must oppose parental choices which threaten to constrain children’s future options or inhibit their growth and development. State intervention isn’t about reducing parents’ freedom but ensuring its future conditions for the child. (Consider the battle being waged over sex education in schools.)

In the end, we must recognize that public schools don’t operate to serve parents’ whims; they exist to ensure that children have the necessary tools to develop into fully autonomous adults. Certainly, parents enjoy the ability to impact their child’s education through electing school board representatives, voicing their opinions, and supplementing their child’s education, but they don’t have the right to demand that school curricula accommodate their personal worldviews and private desires. While there are legitimate causes and complaints, a ban on Toni Morrison’s Beloved cannot qualify.