On the Permissibility of Procreation 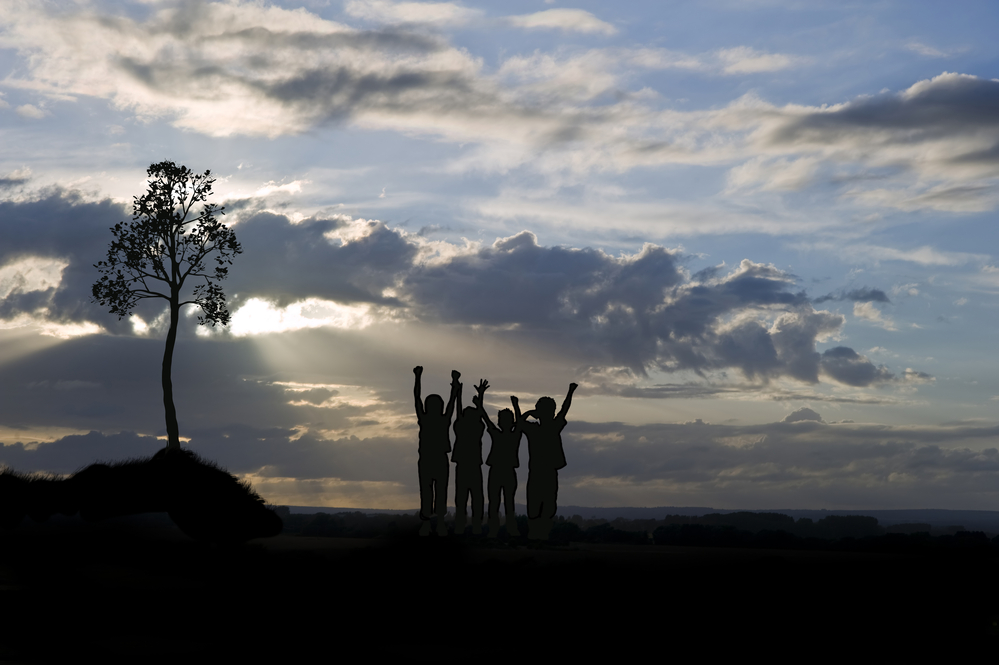 People are, increasingly, citing climate change as a reason to not have children. Two kinds of arguments are generally made. Some argue that it is cruel to bring a potential future child into a rapidly warming world. Others argue that having children harms other people by contributing to climate change.

While I think both arguments are mistaken, in this post I will address the second argument since that argument has recently been made quite powerfully by fellow Prindle Post author Daniel Burkett.

Our children, Daniel calculates, will produce approximately 16.16 metric tons of carbon per year. Multiplying that by an average life expectancy of 85 years, he finds that the carbon cost of procreation is, on average, 1373.6 tons of CO2 per child. And this leads Daniel to conclude that the choice to have a child will contribute far more to global warming than any other choice you might make in your life.

But even if having a child is the biggest contribution we will make to climate change, just how big a deal is that contribution?

To try and answer that question Daniel cites an article by John Nolt which argues that an average American’s lifetime carbon contributions will, over the next millennium, cause the suffering and/or death of two future people. (Though note, because Nolt wrote his article a decade ago, he was using a much higher per capita emission figure of 1,840 metric tons — 500 metric tons higher than the number Daniel cites for life-time emissions.)

So, Daniel argues, in choosing to have a child you are making a choice which will cause the suffering and/or death of two future people (or 1.5 future people if we adjust for the now lower per capita emissions rate).

I believe this argument, while compellingly presented, is wrong. Trying to fight global warming by having fewer children strikes me as an unbelievably inefficient strategy. We end up fighting global warming by sacrificing all the goods of a human life. This, it turns out, is a terrible trade no matter how concerned you are about global warming.

To demonstrate this,  I want to raise a number of objections to Daniel’s argument. Some descriptive, and some normative.

First, these numbers are misleading. Even if we agree with Daniel that having one fewer child would decrease total emissions by the per capita emissions rate (something you might doubt given economies of scale), these estimates are far too pessimistic. Per capita emission rates are already dropping. In the year 2000, the annual U.S. per capita emissions totaled 20.472 metric tons, in 2018 that number was down to 15.241 (my data source only goes to 2018).

While some climate models do assume emissions will remain constant, the authors of these models acknowledge that this is because the point of the models is to show what would happen if we don’t lower emission rates. The point of such models is not to show what is actually likely to happen in the future.

But what should matter to a prospective parent is what the future emissions of their child will likely be, not what they would be if everyone throws up their hands. Once you account for expected future policy shifts, the apparent benefits of not having a child plummet. This was shown in a report by the Founder’s Pledge (an organization dedicated to finding the highest impact solutions to climate change). If emissions stay the same, not having kids looks like a great idea. But once you account for expected policy shifts, not so much…

I expect the Founder’s Pledge report is overly optimistic; many states will not hit their emission goals. However, given that we have already seen a 25% drop in per capita emissions over the last 20 years, and given that we have every reason to expect that drop to continue or accelerate, the Founder’s Pledge report seems to better reflect the reality.

Are Humans on Net Bad?

But what if you accept Daniel’s predictive claims? It would, I think, still not give us a good reason to not have children. This is because not having a child is one of the most costly things you could do to fight climate change.

It can sometimes be hard to assess these costs when looking at potential people. So instead let’s look at an actual person: yourself. Ask yourself, “would the world on the whole have been better had I not existed, and so had the world been spared my carbon contributions?”

When I ask this question about my own life, the answer seems clearly to be no — even if my carbon emissions will cause the suffering and/or death of two future people.

I have probably already, very early in my career, donated enough money to prevent at least that much suffering. If, over the course of my lifetime, I donate a measly one percent of my future income to effective aid organizations then I will prevent far more suffering than I cause in carbon contributions.

It might be worth pausing here and unpacking just what is meant by the phrase: “the suffering and/or death of two people.” John Nolt included under this category anyone who will be “adversely affected” by “increased coastal flooding, reductions in water supplies, increased malnutrition and increased health impacts.”

Why is this important? Because the sort of suffering caused by global warming, and so caused by my carbon contributions, is the same sort of suffering that someone in a developed nation can prevent for an absolutely tiny percentage of their lifetime earnings. If I donate ten percent of my income to combat malnutrition or improve childhood health outcomes, still far less than what I think we are morally required to donate, then the amount of suffering I prevent will dwarf the harms I produce through climate change by several orders of magnitude.

We live in a world where it is easy for those in developed nations to do a huge amount of good at very low cost. But this means that bringing even moderately good people into the world has extremely high positive value. It turns out your child may only need to donate a mere 1% of their future income to carbon offsets to sequester more carbon than they will produce (using Daniel’s numbers for the cost of carbon offsets).

If you factor in that carbon emissions are likely to decrease, or that the cost of carbon capture will likely go down with scale, or that — as people like Matthew Yglesias and Tyler Cowen point out — more children increases the chances of discovering technical innovations necessary to reach carbon neutrality in developing economies, or that your child might donate, 2%, 3%, or even 5% of their income to climate causes, then suddenly having a child looks like the overwhelmingly best thing you can do for climate change.

To suggest you should not have a child because of climate concerns strikes me as bizarre. It is making one of the costliest sacrifices imaginable, the entire good produced by a complete human life, for the comparatively tiny benefit of lowered carbon emissions.

The case becomes even clearer if we consider future generations.

But here is the thing, 9,441 metric tons was the number you get if you assume “constant emissions” across ALL future generations. In other words, you get this number if you assume that the 25% decline in U.S. per capita emissions we’ve seen over the last twenty years suddenly halts and never resumes.

Murtaugha and Schlax acknowledge this assumption is implausible, the number was not intended as a prediction of the future, but an illustrative model of a possible scenario. For example, they also consider an ‘optimistic scenario’ where we meet the UN’s 2100 emissions goals. In that scenario, you are responsible for only 562 metric tons of CO2 — one sixteenth the original number.

Now the optimistic scenario is, indeed, too optimistic (just as the “constant emissions” scenario is far too pessimistic). That is not the point. Rather, the point is that we should expect with each generation that per capita carbon emissions in developed countries will go down. However, we have no reason to predict that the amount of good a person can do will decrease nearly as quickly. The average person has the resources to do far more good now than the average human at any previous point in history. And that potential to do good is only likely to increase, at least in the immediately foreseeable future. (Eventually we will gather all the low hanging fruit for high impact interventions, but also by then technological development and economic growth will likely have expanded our resources even further.)

If carbon costs will decrease faster than our ability to do good — as they almost certainly will — then as you consider each subsequent generation the case for having children gets stronger and stronger. This is important, because remember that John Nolt’s study looked at the suffering and death caused over the next millennium. If you take the long view on costs, you need to take the long view on benefits.

But, you might object, even if children will do more good than harm, does that really justify the harm that they do? It is wrong to kill one person to save five, so then isn’t it wrong to have a child if that will cause the suffering or death of one even if it helps avert the suffering and death of many?

Deontological constraints, however, do not apply to the diffuse and temporally distant effects of our actions. If they did, just about every action would be deontologically constrained. Anything you do, by setting off a ripple of changes in the causal ether of the world, will result in a radically different future. By driving to work, and so slightly altering traffic patterns, you probably change each and every human who will exist five hundred years from now.

This, in turn, means that every particular murder that happens five hundred years from now would not have happened had you not driven to work. Of course, any number of different murders might have occurred, and so we have no reason to think that driving to work is a bad idea.

Of course, none of this is necessarily a reason to have a child. There is something odd about bringing someone into existence just so that they can fight climate change. You are having a child, not summoning a genie. But, even if these considerations don’t show you should have a child, they undermine the thought that climate change gives you a reason not to.

Of course, there are other worries about the ethics of having a child — worries that have given me much greater pause. But a discussion of those worries will have to wait for a future post.