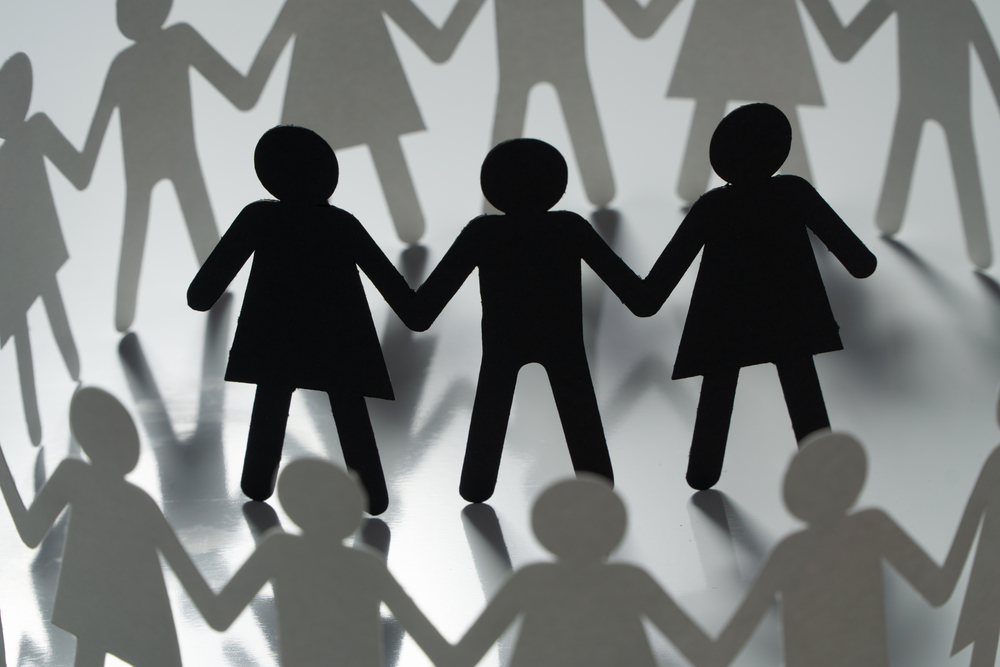 When gay marriage was legalized by in 2015, conservative lawyer John O. Hayward lamented in the wake of the Supreme Court’s landmark decision that “the only remaining marital frontier—at least for the Judeo-Christian nations of the West—is polygamy.” It’s difficult to determine how many practice plural marriage in the United States; one oft-repeated but sourceless estimate says somewhere between 50,000 and 100,000 people, and the Pew Research Center puts the number at less than 0.5 percent of Americans. Though polygamists only make up a tiny sliver of the population, a 2020 poll conducted by Gallup showed that the practice is increasingly viewed as morally acceptable in the United States, jumping from around a 7% approval rating in the early 2000s to around 20% in 2020. This change could be the result of the widespread erosion of “traditional marriage,” or the proliferation of reality shows like Sister Wives, which normalize plural marriage. Then again, a more recent reality show called Escaping Polygamy, which follows three sister-wives who leave their Mormon community, suggests that for many, polygamy is still viewed as a a primitive and restrictive form of social organization rather than a viable alternative to monogamy. Is polygamy just one of many ways to organize a household, as Sister Wives suggests, or a trap for vulnerable women?

Polygamy, as practiced in most cultures, tends to involve one man with two or more wives, who share the burdens of domestic labor and child-rearing. There are tangible benefits to polygamy; housework is shared, which reduces burnout, and both children and spouses have access to a vast social support network. David Barash, a professor of psychology at the University of Washington, proposes in his book Out of Eden: The Surprising Consequences of Polygamy that monogamy is infrequent in the natural world, and therefore too restrictive for human beings. At the same time, the argument that polygamy is “natural” is a complicated one. Even if a form of behavior is common in the natural world, we shouldn’t necessarily feel compelled to take it up. 18th-century philosopher Montesquieu further demonstrates the problem with the “nature is destiny” argument. Asian women, he wrote in The Spirit of Laws, reach sexual maturity at eight years old, before their sense of reason developed, so they need to be in “a state of dependency” on (presumably reasonable and sexually mature) men in a plural marriage. In cooler climates, reason and sexual maturity arrived at the same time, which led to monogamy and equal relations between the sexes. Of course, his hypothesis was mired in racist pseudo-science, but he illustrates the problem with attributing any social arrangement to “nature”: not only is it difficult to pin down what exactly we mean by “natural” (any concept of nature will itself be a social construct, in other words), but it leads us to paint our practices or institutions as inevitable and not subject to change. Like any social arrangement, polygamy has benefits and drawbacks, and raising it up as a utopian solution isn’t any more productive than disparaging it wholesale.

Criticism of the practice can come from both ends of the political spectrum, and disdain for polygamy usually makes a point about some larger ill plaguing society. As historian Sarah Pearsall explains in her book Polygamy: An Early American History, polygamy is as much a political metaphor as it is a form of domestic organization. She points out that polygamy was considered to be “the supremely unenlightened form of marriage” by Europeans, who encountered the practice both in North America and Africa. The frequency with which indigenous peoples practiced plural marriage demonstrated their unbridled sexual appetites, and therefore justified imperialism. Western thinkers in the age of Enlightenment also believed that plural marriage was insidious to good government. Wealthy men would inevitably have many wives while poor men could only afford to support a few, breeding jealousy and distrust that would ultimately undermine the stability of the state. In contemporary Western Europe, polygamy is inextricably linked to immigration and cultural assimilation. Traditional sects of Islam allow for a man to take multiple wives, but in countries like Germany and France, which have a large population of Muslim migrants, the practice is against the law. This isn’t to say that banning polygamy is necessarily Islamaphobic; it’s been well-documented that in many cases, plural marriages lead to abuse and exploitation of underage brides. But when France passed a bill in February of this year that increases the power of the state over mosques and schools with the ostensible aim of curbing the practice, it’s clear that a government’s stance on polygamy is very rarely just about polygamy.

Polygamists, much like same-sex couples, have historically struggled for recognition from the state and society at large. As Andrew Solomon explains in an article for The New Yorker, “polygamists face innumerable legal obstacles, affecting such matters as inheritance, hospital visits, and parentage rights. If wives apply for benefits as single parents, they are lying, and may be committing welfare fraud; but if they file joint tax returns they are breaking the law.” Though polygamy is criminalized in most places, that may not always be the case. In March of 2020, the state of Utah, which famously has a large Mormon population, effectively legalized plural marriage, though supporters of the bill argue that they’re trying to liberate those who have been forced into plural marriage by allowing them to seek help without fear of legal retribution. Criminalizing the practice makes those who wish to leave their situation less likely to come forward, in other words.

Critics of polygamy have raised up polyamory as a less hierarchical alternative. As Solomon explains,

The choice to enter a plural marriage is rarely political, but polyamory is consciously revolutionary, and both groups remain on the fringes of society at large. Polyamory, like any social arrangement, is never perfect, but it does prevent many of the abuses common in plural marriages, and presents an interesting challenge to monogamy as an institution. This isn’t to say that we should all abandon monogamy, but at the very least, criminalizing polygamy in all its forms is hardly the way to save those who want to leave their situation. As social mores change and these non-conventional relationships become increasingly visible, legislators and citizens alike will have to confront both the good and bad of plural marriage.