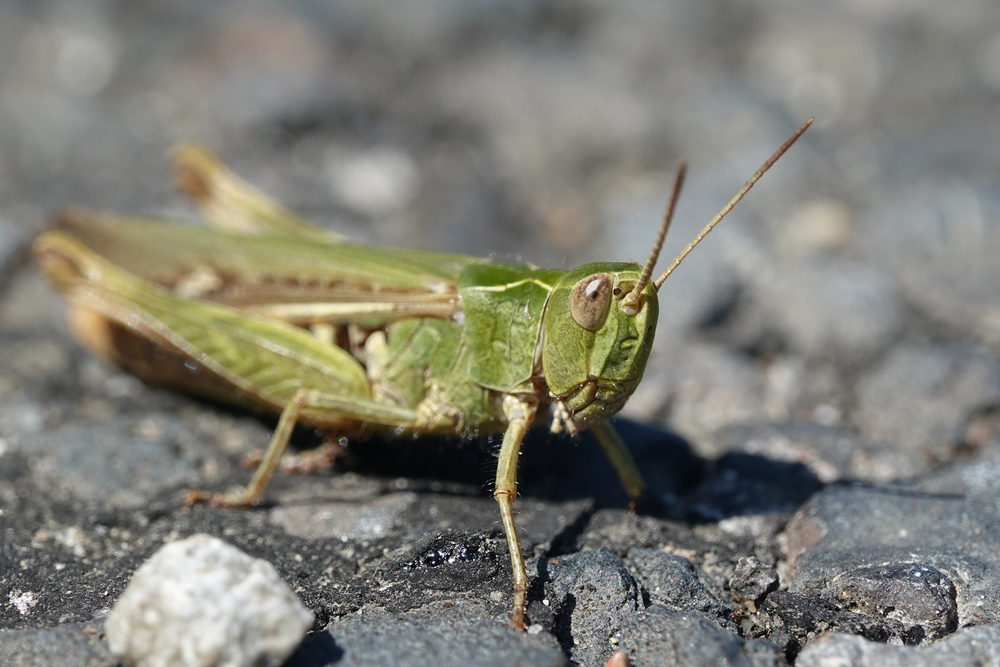 A few years ago I told my mom about a paper I’d written about insect suffering. She said: “Insect suffering? Like if I step on an ant?” I said: “Yes.” She said: “People talk about that?” I changed the subject because I was too embarrassed to explain that, no, they usually don’t, but I think they should.

But whether insects suffer, and whether this matters morally, is increasingly important. Many people now promote replacing meat from cows, pigs, chickens, etc. with protein from farmed insects. They think eating insects, and insect products, would be environmentally friendlier. Others, such as Brian Tomasik and Jeff Sebo and Jason Schukraft, are not convinced. Some are not convinced by the environmental claims, but they mostly worry about the implications for animal welfare. The animals that produce your meat, eggs, and dairy are almost always raised on factory farms where they are treated extremely inhumanely. Many philosophers, including me, think this is a good argument for getting your protein from vegan sources, like beans, lentils, nuts, seitan, and Beyond Burgers. (If that sounds too hard, you might start by cutting out chicken and eggs, since chickens are treated the worst.) Unfortunately, as Sebo and Schukraft describe, insect farms aren’t exceptions on the inhumane treatment front. If insects matter morally, this could be extremely bad: farming insects for human or animal consumption is increasingly popular, and we may soon be farming tens of trillions of insects every year.

I think that whether insects matter morally depends on at least two questions: (1) are insects sentient?, and (2) is being sentient enough for insects to matter morally? I answer these questions: (1) maybe, and (2) yes. Since insects might matter morally, it makes sense to give them the benefit of the doubt when we can do so without sacrificing anything too important. After saying more about all this, at the end, I’ll say some things about what it means to care morally about insects.

Can insects have conscious experiences? Is there something it’s like to be a fly or an ant, or are they “dark inside”? The short answer is that we’re not completely sure either way. I won’t try to review the evidence here; it’s reviewed in some of the pieces I linked above. What matters now is this: if it’s realistically possible that insects are sentient, and if sentience is enough for them to matter morally (as I argue next), then it makes sense to give them the benefit of the doubt when possible. If they matter morally and we unnecessarily harm them, we’ve done something bad.

Do all sentient beings matter morally?

Some individuals matter morally for their own sake. Others don’t. It’s wrong to hurt you, or a dog, without a good reason. It might be wrong for me to destroy a chair for no reason: maybe it’s your favorite chair. But that would be different. I would wrong you if I destroyed the chair. But I wouldn’t wrong the chair. The chair doesn’t matter for its own sake; only how it affects others matters. If I were on a distant planet with a chair no one cared about, it wouldn’t be wrong to destroy the chair. But if I were on a distant planet with a person or a dog no one cared about, it would still be wrong to hurt the person or the dog. They matter for their own sakes, not just because others care about them.

The question is whether insects matter for their own sakes. I think that if they are sentient, they do matter for their own sakes. Think about dogs. It is extremely wrong to light a dog on fire. It is usually okay to light a picture of a dog on fire. Why is that? Surely the answer has to be something like: the dog has a mind, feelings, an inner life, the dog is someone and not just something, and doing this terrible thing means the dog will feel horrible pain and lose out on valuable future experiences. In other words, the reasons not to hurt a dog have to do with the fact that dogs are sentient. But none of this is true of the picture of the dog; it really is just a thing that you can treat however you want.

What does this mean?

Suppose you and a fly are both drowning. I can only save one. Obviously, I should save you. That’s true even if you both matter morally. For one thing, I know you matter morally whereas I only know the fly might matter morally. But also: you have many desires and hopes about the future which will be foiled by death; you have relationships which will be cut short and loved ones who will miss you; death would make you miss out on a long life full of rich experiences as opposed to, for the fly, a much shorter life full of simpler experiences; the terror and pain you feel while drowning would be much worse than that felt by the fly; etc. These and other reasons mean your death would be much worse than the death of the fly. Some philosophers also think the mere fact that you are human also matters, whereas others think that belief is mere prejudice. But we can ignore that for now. After all, some of the factors I mentioned also apply to dogs, and so mean you should also save a dog over an insect. So I do kill insects sometimes, both by accident (which is unavoidable) and intentionally. For instance, when my cats got fleas, I gave them flea treatment.

But in that case, you might wonder, why worry about insects at all? If the suffering of humans (and dogs, and all those factory-farmed mammals and birds and fish) is so much worse, why not focus on that, and ignore the insects? Well, you should care about all that other stuff, too. But, first, it’s not always a competition. You can take various small steps that won’t detract from addressing these other things. By attuning us to the moral importance of sentience, concern for insects might even make us more concerned about other, more sophisticated beings. And, second, humans have the ability to affect very many insects, and the death and suffering of tens of trillions of farmed insects may be extremely bad when added up, even if each insect’s treatment is only a little bit bad. (In the future, it may even be possible for us to intervene in nature to improve the condition of the quintillions of insects that live in the wild.)

So: live your life and be concerned about everyone, but be concerned about insects, too, and try to avoid hurting them when you can. And let others know you’re doing this. Whether moral concern for insects spreads will affect whether we make the right decisions on big-picture issues, like whether to farm them. And it will also affect how embarrassed I get when I talk to my mom.