An End to Pandemic Precautions? 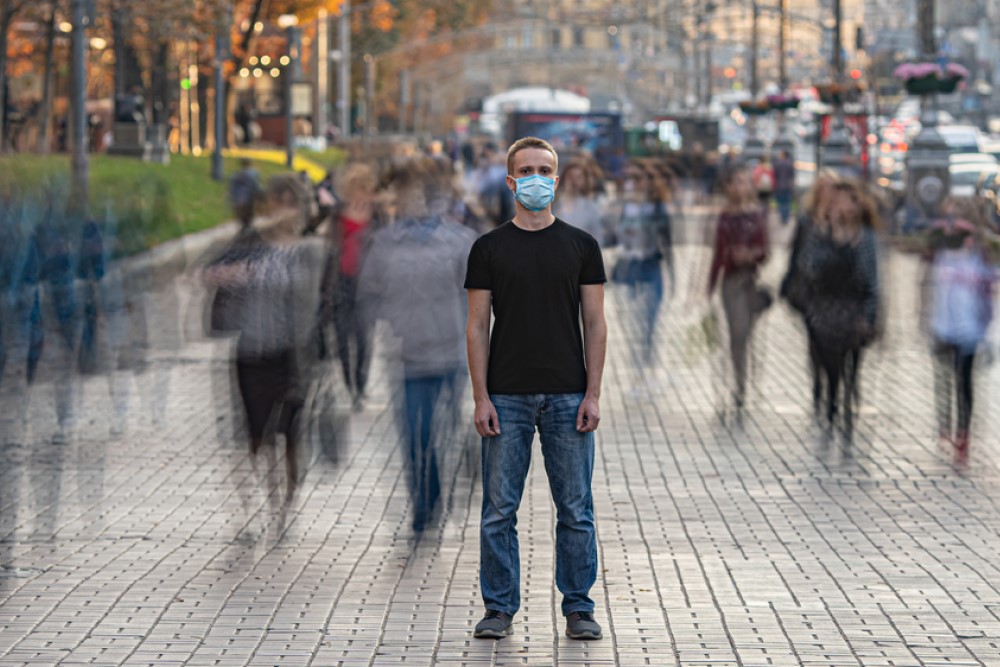 I feel like I have bad luck when it comes to getting sick. Every time there’s a cold going around, I seem to catch it, and before I started regularly getting the flu shot, I would invariably end up spending a couple of weeks a year in abject misery. During the pandemic, however, I have not had a single cold or flu. And I’m far from alone: not only is there plentiful anecdotal evidence, but there is solid scientific evidence that there really was no flu season to speak of this year in many parts of the world. It’s easy to see why: the measures that have been recommended for preventing the spread of the coronavirus – social distancing, wearing masks, sanitizing and washing your hands – turn out to be excellent ways of preventing the spread of cold and flu viruses, as well.

Now, parts of the world are gradually opening up again: in some countries social distancing measures and mask mandates are being relaxed, and people are beginning to congregate again in larger numbers. It is not difficult to imagine a near-future in which pumps of hand sanitizer are abandoned, squirt bottles disappear from stores, and the sight of someone wearing a mask becomes a rarity. A return to normal means resuming our routines of socializing and working (although these may end up looking very different going forward), but it also means a return to getting colds and flus.

Does it have to? While aggressive measures like lockdowns have been necessary to help stop the spread of the coronavirus, few, I think, would think that such practices should be continued indefinitely in order to avoid getting sick a couple times a year. On the other hand, it also doesn’t seem to be overly demanding to ask that people take some new precautions, such as wearing a mask during flu season, or sanitizing and washing their hands on a more regular basis. There are good reasons to continue these practices, at least to some extent: while no one likes being sick with a cold or flu, for some the flu can be more than a minor inconvenience.

So, consider this claim: during the course of the COVID-19 pandemic, we have had a moral obligation to do our part in preventing its spread. This is not an uncontroversial claim: some have argued that personal liberties outweigh any duty one might have towards others when it comes to them getting sick (especially when it comes to wearing masks), and some have argued that the recommended mandates mentioned above are ineffective (despite the scientific evidence to the contrary). I don’t think either of these arguments are very good; that’s not, however, what I want to argue here. Instead, let’s consider a different question: if it is, in fact, the case that we have had (and continue to have) moral obligations to take measures to help prevent the spread of coronavirus, do such obligations extend to the diseases – like colds and flus – that will return after the end of the pandemic? I think the answer is: yes. Kind of.

Here’s what this claim is not: it is not the claim that social distancing must last forever, that you have to wear a mask everywhere forever, or that you can never eat indoors, or have a beer on a patio, or go into a shop with more than a few people at a time, etc. Implementing these restrictions in perpetuity in order to prevent people from getting colds and flus seems far too demanding.

Here’s what the claim is: there are much less-demanding actions that one ought to take in order to help stop the spread of common viruses, in times when the chance of contracting such a virus is high (e.g., cold and flu season). For instance, you have no doubt acquired a good number of masks and a good quantity of hand sanitizer over the past year-and-change, and have likely become accustomed to using them. They are, I think, merely a mild inconvenience: I doubt that anyone actively enjoys wearing a mask when they take the subway, for example, or squirting their hands with sanitizer every time they go in and out of a store, but it’s a small price to pay in order to help the prevention of the spread of viruses.

In addition, while in the pre-corona times there was perhaps a social stigma against wearing medical masks in public in particular, it seems likely that we’ve all gotten used to seeing people wearing masks by now. Indeed, in many parts of the world it is already commonplace for people to wear masks during cold and flu season, or when they are sick or are worried that people they spend time with are sick. That such practices have been ubiquitous in some countries is reason to think that they are not a terrible burden.

There is, of course, debate about which practices are most effective at preventing the spread of other kinds of viruses. Some recent data suggest that while masks can be effective at helping reduce the spread of the flu, perhaps the most effective measures have been ones pertaining to basic hygiene, especially washing your hands. Given that we have become much more cognizant of such measures during the pandemic, it is reasonable to think that it would not be too demanding to expect that people continue to be as conscientious going forward.

Again, note that this is a moral claim, and not, say, a claim about what laws or policy should be. Instead, it is a claim that some of the low-cost, easily accomplishable actions that have helped prevent the spread of a very deadly disease should continue when it comes to preventing the spread of less-deadly ones. Ultimately, returning to normal does not mean having to give up on some of the good habits we’ve developed during the course of the pandemic.