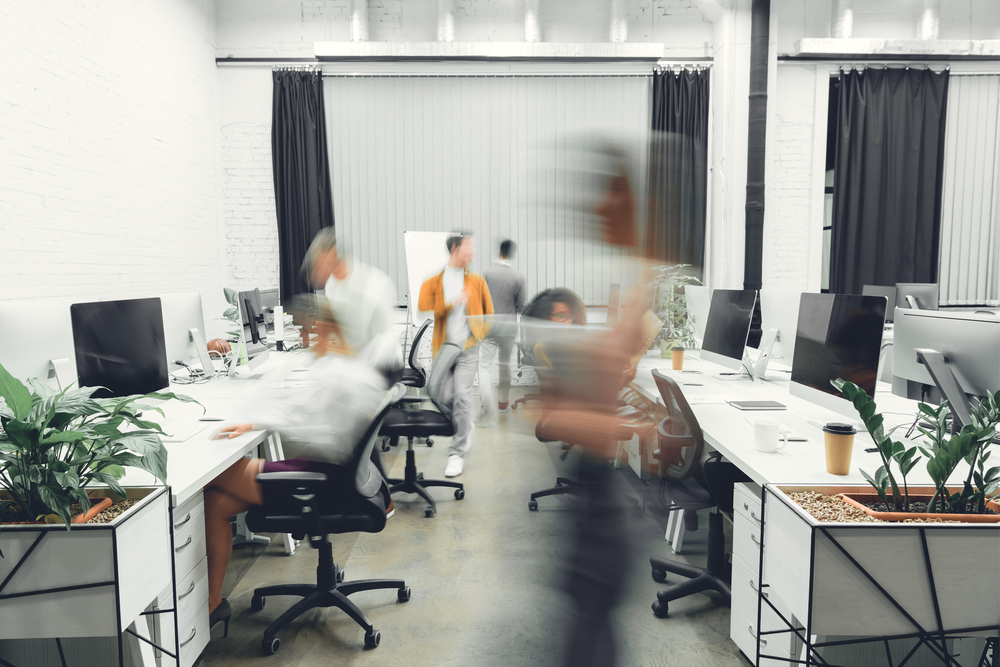 The pandemic has, among other things, been a massive experiment in the nature of work. The percentage of people who worked from home either part- or full-time jumped massively over the past year, not by design but by necessity. We are, however, nearing a time in which people may be able to return to working conditions that existed pre-pandemic, and there have thus been a lot of questions about what work will look like going forward. Recent studies have indicated that while many people want to continue working from home at least some of the time, many also miss face-to-face interactions with coworkers, not to mention having a reason to get out of the house every once in a while. Businesses may also have financial incentives to have their employees working from home more often in the future: having already invested in the infrastructure needed to have people work from home over the past year, businesses could save money by not having to pay for the space for all their employees to work in-person at once. Instead of having everyone return to the office, many businesses are thus contemplating a “hybrid” model, with employees splitting their time between the office and home.

While a hybrid workplace may sound like the best of both worlds, some have expressed concerns with such an arrangement. Here’s a big one: those who are able to go into the office more frequently will be more visible, and thus may be presented with more opportunities for advancement than those who spend most of their working hours at home. There are many reasons why one might want or need to work from home more frequently, but one significant reason is that one has obligations to care for children or other family members. This may result in greater gender inequalities in the workplace, as women who take on childcare responsibilities will especially be at a disadvantage in comparison to single men who are able to put in a full workweek in the office.

Hybrid workplaces thus risk creating injustices, in which some employees will be unfairly disadvantaged, even if it is not the explicit intention of the employer. While these potential disadvantages have been portrayed in terms of opportunities for advancement, here I want to discuss another potential form of disadvantage which could result in injustices of a different sort, namely epistemic injustices.

Epistemic injustices are ones that affect people in terms of their capacities as knowers. For instance, if you know something but are unfairly treated as if you don’t, or are not taken as seriously as you should be, then you may be experiencing an epistemic injustice. Or, you might be prevented from gaining or sharing knowledge, not because you don’t have anything interesting to contribute, but because you’re unfairly being left out of the conversation. While anyone can experience epistemic injustice, marginalized groups that are negatively stereotyped and underrepresented in positions of power are especially prone to be treated as lacking knowledge when they possess it, and to be left out of opportunities to gain knowledge and share the knowledge they possess.

We can see, then, how hybrid workplaces may contribute to a disparity not only in terms of opportunities for advancement, but also in terms of epistemic opportunities. These are not necessarily unrelated phenomena: for instance, if those who are able to put in more hours in the office are more likely to be promoted, then they will also have more opportunities to gain and share knowledge pertinent to the workplace. There may also be more subtle ways in which those working from home can be left out of the conversation. For instance, one can still be in communication with their fellow employees from home (via virtual meetings, chats, etc.), they will miss out on the more organic interactions that occur when people are working face-to-face. It tends to be easier to just walk over to a coworker if you have a question then to schedule a Zoom call, a convenience that can result in some people being asked for their input much more frequently than others.

Of course, those working in hybrid environments do not need to have any malicious intent to contribute to epistemic injustices. Again, consider a situation in which you and a colleague are able to go back to the office on a full-time basis. You are likely to acquire a lot more information from that colleague who you are able to have quick and easy conversations with than the person working from home whose schedule you need to work around. You might not necessarily think that one of your colleagues is necessarily better than the other, but it’s just easier to talk to the person who’s right over there. What ends up happening, however, is that those who need to work from home more often are gradually going to be left out of the conversation, which will prevent them from being able to contribute in the same way as those working in the office.

These problems are not necessarily insurmountable. Writing in Wired, Sid Sijbrandij, CEO of GitLab, writes that, “Unquestionably sticking to systems and processes that made an office-based model successful will doom any remote model to fail,” and mentions a number of measures that his company has taken to attempt to help remote workers communicate with one another, including “coffee chats” and “all-remote talent shows.” While I cannot in good conscience condone remote talent shows, it is clear that if businesses are going to have concerns of epistemic justice in mind, then making sure that there are more opportunities for there to be open lines of communication, including the possibility for informal conversations with remote workers, will be crucial.