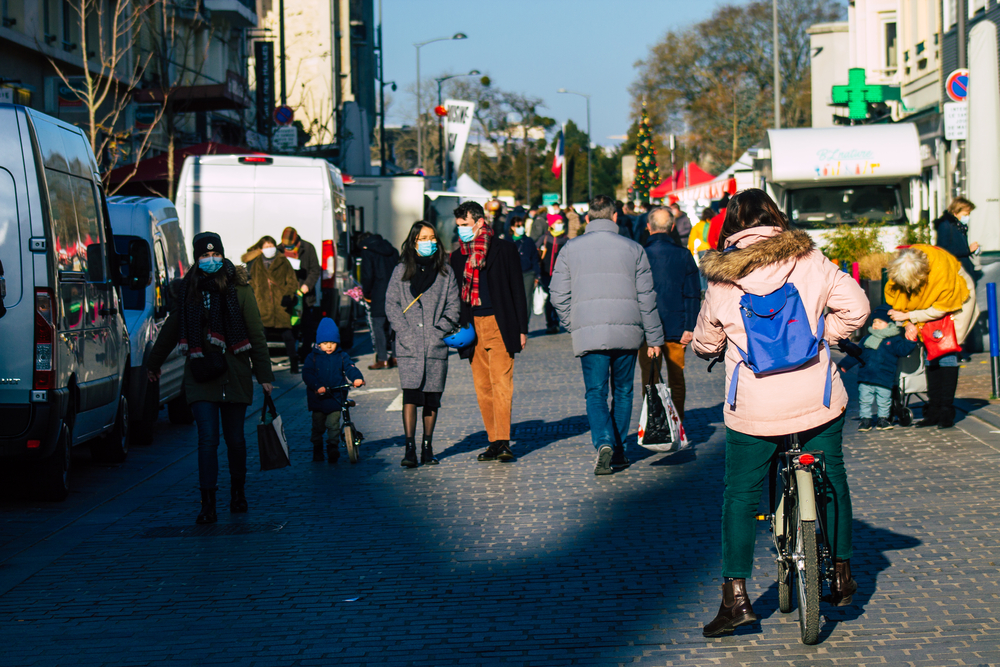 This piece begins a Considered Position series that examines our evolving moral duty to those choosing to remain unvaccinated.

This raises a question: does the fact that the vulnerable choose to remain vulnerable make a moral difference to what precautions I should observe? I have the strong intuition that this does make a moral difference; it intuitively seems that imposing risks on the unvaccinated is not as bad when the unvaccinated are unvaccinated by choice. (The evidence increasingly suggests that the vaccinated cannot really spread COVID-19, and if that is confirmed it will render much of this practical discussion moot. However, the underlying philosophical questions are important and worth investigating.)

But is my intuition that I can be less cautious correct?

In this, and two subsequent posts, I will try to answer that question. Each post will be dedicated to one part of an answer.

In this first post, I want to investigate what principle might underlie my intuition that I have fewer obligations of caution to those who are voluntarily unvaccinated. To identify the principle at work, it will be useful to start with a simple argument that voluntariness should not make any difference. The thought goes as follows:

The Utilitarian Explanation of the Difference

I call this the ‘simple utilitarian perspective’ because there is a perfectly good utilitarian argument against this reasoning. It is true that it makes no difference to my own risk whether I cannot get a vaccine or whether I choose to not get a vaccine; in either case I am unvaccinated. However, that does not mean that if you compare a random person who could not get the vaccine to a random person who chose to not get the vaccine, that the average risk is the same. Assuming people are at least somewhat rational, people at higher risk are more likely to choose to be vaccinated.

Even if utilitarians only ultimately care about happiness, they still will place some value on freedom. When people are free to make their own choices, they can make choices that are best for themselves. The elderly are at greater risk than the young are. As such the elderly are more likely to choose to vaccinate. Similarly, those who are very healthy — and without any risk factors for COVID-19 — are more likely to forgo vaccination because their risks of contracting it are smaller.

All this means that it’s probably safer to resume licking doorknobs once everyone had the choice to get the vaccine because those at highest risk will also be vaccinated at the highest rates.

Going Beyond the Utilitarian Answer  — This might partly explain my intuition, but it cannot be the whole story. This is because my intuition persists, even when I know the utilitarian explanation does not apply; for example, even if I know that the person is forgoing a vaccine for a reason unrelated to personal risk — like because ‘vaccines don’t fit with their personal style’ — I still intuitively feel I have less reason to be cautious.

Part of the intuition is explained, I think, by the fact that people who are unvaccinated by choice will share some of the responsibility when they get sick.

If we imagine other more ordinary behaviors, like frequent grocery shopping rather than doorknob licking, then the other person actually bears most of the responsibility for getting sick. It seems more reasonable to ask them to get vaccinated than to ask me to stay indefinitely in lockdown; the more reasonable the choice you reject, the more responsible you are for the consequences of that rejection.  (This, then, is why you might feel I am mostly responsible if I really were licking doorknobs; licking doorknobs was not a reasonable thing to be doing in the first place.)

This idea, that the choices of others can mitigate our own responsibility is prominent in both ethics and law. I like how Christine Korsgaard presents the idea in her discussion of our responsibility for the consequences of lying:

“In a Kantian theory our responsibility has definite boundaries: each person as a first cause exerts some influence on what happens, and it is your part that is up to you. If you make a straightforward appeal to the reason of another person, your responsibility ends there and the other’s responsibility begins. But the liar tries to take the consequences out of the hands of others; he, and not they, will determine what form their contribution to destiny will take. By refusing to share with others the determination of events, the liar takes the world into his own hands, and makes the events his own.”

Going Beyond the Distributed Responsibility Answer — But if this is the explanation of the intuition, then we have a problem. There is something morally vicious about someone who is solely concerned with avoiding responsibility. The virtuous reason to take precautions is not to avoid responsibility for someone’s death, it is to save people’s lives.

To see this, let’s look at an example from my own life (an example I still look back on with shame).

Years ago, an acquaintance of mine expressed an intent to commit suicide. I became deeply distressed, was unsure how to proceed, and grew paralyzed by indecision. So, I reached out to two mentors of mine, both of whom had experience working with suicidal people.

Reaching out was the correct thing to do; I did not know how best to offer help. The problem was the reason I reached out for help. Ultimately, it was not so that I could better support this acquaintance. Rather, I was racked by anxiety about messing up and becoming responsible for the person’s death. I reached out to these mentors because I knew that it would be irresponsible to not follow their advice. Deep down, I wanted to reach out because that way, even if the person did kill herself, at least I would not be blameworthy.

Why think this is morally perverse? Most simply because my own guilt was not the important good at stake in the choice. The thing that mattered was my acquaintance getting the help she needed; decreasing my own culpability if things went badly was not anywhere near as important! (For a more detailed discussion of the way in which a concern for our own responsibility distorts our moral reasoning, see Elizabeth Anscombe’s article “On Being in Good Faith.”)

Even though we should not be strongly motivated by a concern to avoid responsibility; there is a close connection between what we should do and what we would be responsible for not doing. So, this difference in how responsible I would be if someone gets sick might not explain why I have weaker reasons to take precautions, but it is evidence that my reasons are weaker.

But if I do have weaker reasons, then that must mean that my reasons to take precautions are not quite so simple as I have reasons to keep people from getting sick. And this is the key to unlocking the puzzle. While I do have reasons to lower the risk that other people get sick, I have especially important reasons of justice to give people control over their own risk.

Before the vaccine is widely available, if I go around engaging in ordinary risky activities, I impose risks on others that they cannot reasonably avoid. They have no control over whether what I do poses a risk to them. As such, it is reasonable to expect me to forgo certain activities for the sake of maintaining some minimal freedom for others.

After the vaccine is widely available, however, the risks I impose on others are risks that can be reasonably avoided. Others have control over how large a risk my frequent grocery shopping imposes on them. People have the option of safety. Whether they take that option makes some difference to my reasons for infrequent grocery shopping; but it is a less stringent reason than my reasons of justice to avoid imposing unavoidable risks.

Justice is that virtue which enables us to live our own life in community with others; as such, it is the virtue that sets boundaries on what I can choose, where those boundaries mutually accommodate the choices of others. We can drive faster now that every car comes equipped with seatbelts. Why? Not because everyone always uses their seatbelts, but because everyone having access to seatbelts ensures that everyone has a free option that allows them to maintain their previous level of safety even as I start driving faster on highways.

Justice is focused on whether people have choices of health, and not whether people are healthy. For example, justice requires that we provide those who are starving with food, but it does not require us to force feed someone who refuses to eat. Were this not true, then justice could actually harm our ability to live our own life in concert with others by giving rise to certain kinds of moral blackmail. Suppose I have no objection to being vaccinated and a high personal risk tolerance. As such, I insist that unless you pay me one hundred dollars I will not go and get a vaccine. If your duties of justice meant that as long as I forgo the vaccine, you cannot return to pre-pandemic activities, then I would be able to hold your actions hostage by means of your duty of justice.

Justice, of course, is not the only virtue. I also have duties of charity. And indeed, one of the things that makes charity so demanding is precisely that it opens us up to this kind of moral blackmail. To love another person requires caring about even their self-made misery. Charity is not ultimately about living your own life; it demands instead that you live, at least in part, for others. This is why charity is such a high and holy virtue; and in turn why even if everyone who forgoes a vaccination does so for entirely voluntary reasons, that does not end all duties of precaution.

Of course, in real life things are a little more complicated. For example, some people are forgoing the vaccine for trivial reasons while others seem to have reasonable concerns. Does my duty of justice change depending on why others are not being vaccinated? That will be the topic of Part II.