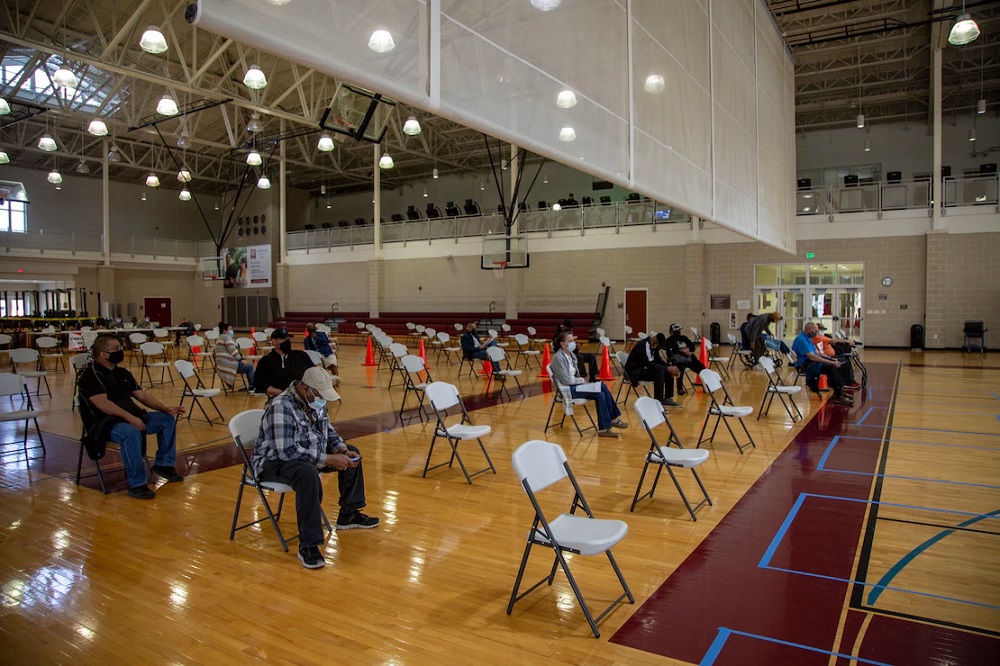 In some ways, it seems like most respectable news media have begun to take science more seriously and to take greater care in making sure that claims about COVID are fact-checked and that misinformation is debunked. But there is more to scientific communication than getting the facts right. Often it is the selection, arrangement, and emphasis of facts that matter most and holds the greatest sway over the average person’s comprehension of scientific matters. This can have very serious consequences such as the coverage of the AstraZeneca vaccine and its potential to cause vaccine hesitancy. Does the media have a responsibility to be more careful in how they cover scientific issues?

Not long after the AstraZeneca vaccine was approved in many nations, reports in March indicated that some who took the vaccine developed blood clots. Since then, over thirteen nations have either halted the rollout of the vaccine or limited its usage. While such clots can be lethal, they are treatable. However, the more important consideration is the lack of evidence that the vaccine causes clots and the limited number of cases. There is no direct evidence of a connection between the vaccine and the development of a blood clot. Despite this, the European Medicines Agency in its review of  over 80 cases has concluded that unusual blood clots should be listed as a rare side effect. However, it is the rarity of the symptoms which is even more important. Less than one hundred people out of 20 million people who have received the vaccine have developed blood clots.

This is actually lower than what you’d normally see from unvaccinated people, and in the meantime COVID itself can lead to clots showing up in “almost every organ.” All of this leaves regulators with an inductive risk scenario: if they say that the vaccine is safe, and it isn’t many people could develop clots and potentially die; if they that the vaccine isn’t safe, and it is then it will slow down the rollout of the vaccine and many more people could die. In fact, the experts have been pretty clear that in terms of risk management, the benefits of the AstraZeneca vaccine still outweigh the risks. In other words, even if the vaccine does cause blood clots, the rates are so low that the risk of people dying is far higher if you don’t use the vaccine than if you do. This is why experts have been critical about the suspensions as a “stupid, harmful decision” that will likely lead to more avoidable deaths and will make people more hesitant to get vaccinated. As Dr. Paul Offit of the Vaccine Education Center has said, “While it’s easy to scare people, it’s very hard to unscare them.”

Yet, despite the risk being small and possibly treatable, and the fact that experts have determined that it is still better to use the vaccine anyways, the news media hasn’t been helpful in covering this issue. For example, the Canadian media has chosen to cover (apparently) every case of a blood clot developing despite the messaging ultimately being the same. One story notes, ‘“While this case is unfortunate, it does not change the risk assessment that I have previously communicated to Albertans,’ Dr. Deena Hinshaw said during a teleconference,” while the other reports, “‘We have been very transparent that there could be one case per 100,000,’ he said. ‘We knew this could happen.’” In other words, this is a situation where statistically the formation of a blood clot is expected in limited numbers but is considered acceptable because it is still such a limited risk compared to the much larger benefits. So, it is simply unhelpful to report each confirmed case of something that is expected anyways. After all, we are told that the contraceptive pill carries a greater risk of developing a blood clot, so why cherry-pick cases?

As statistician David Spiegelhalter has suggested, the scare over blood clots has demonstrated our “basic and often creative urge to find patterns even where none exist.” Unsurprisingly, a majority of unvaccinated Canadians now report being uncomfortable with potentially receiving the AstraZeneca vaccine. All of this relates to the moral responsibilities of the media in covering scientific topics where it isn’t merely a matter of reporting facts but reporting them in context. While the media has been “on a crusade against COVID vaccine skepticism” and promoting science-based medicine, to some the selective skepticism of the media has led to charges of hypocrisy as “the press has made a habit of giving finger-wagging lectures about ‘following the science,’ they need to consistently practice what they preach.” Afterall, the media doesn’t choose to report every case of someone who gets a blood clot from a contraceptive.

In fairness, while no one is suggesting that the risk of clots should be ignored, there may be good reason to raise alarm. As The Atlantic reports,

“The risk of a dangerous vaccine reaction could be very real, if also very rare—and major European vaccine authorities have not, in fact, been overcautious, political, or innumerate in responding to this possibility…regulators must address the possibility (still unproved) that perhaps one in every 1 million vaccinated people could have a potentially fatal drug reaction—as more than 1 million vaccine doses are being injected each day in Europe alone.”

In other words, there is a real risk (even if small) and morally speaking it is important to have a public conversation about risks and how to manage them. The public should be aware of the risk and how those risks are appraised. However, the issue has become confused owing to a lack of scientific literacy as well as the media choosing to focus on individual and personal cases. Instead, a more constructive topic of focus could have been on the larger moral issue of managing risk in the face of uncertainty such as when and how to use the precautionary principle.

This isn’t the only case recently where cherry-picking media coverage has proven problematic. Recently a study found that media coverage of COVID-19 in the US has been excessively negative compared to international media. A separate study has found that a significant number of Americans (mostly those who lean Democratic) were likely to overexaggerate the risks of COVID. Further, it is becoming increasingly evident that developing scientific literacy is more difficult than thought, and presenting novel scientific findings in news is problematic anyways. So, if those in the news media wish to present a scientifically-informed picture of public affairs, it is morally imperative that greater attention be paid to the context in which scientific findings are reported.