What Is Cancel Culture? 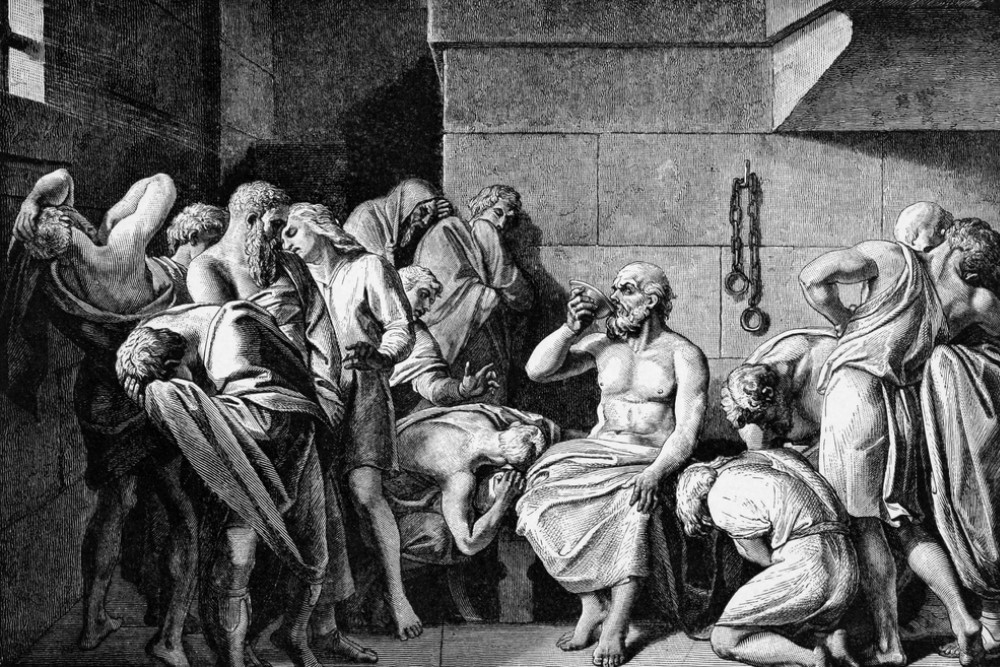 There has been much bemoaning of “cancel culture” in recent years. The fear seems to be that there is a growing trend coming from the left to “cancel” ideas and even people that fall out of favor with proponents of left-wing political ideology. Social media and online bullying contribute to this phenomenon; people leave comments shaming “bad actors” into either apologizing, leaving social media, or sometimes just digging in further.

It’s worth taking some time to think about the history of “cancellation.” For better or for worse, cancellation is a political tool that can be used either to entrench or to disrupt the dominant power hierarchy. Ideas and people have been “canceled” as long as there have been social creatures with reactive attitudes. Humans aren’t even the only species to engage in cancel behavior. In communities of animals in which cooperative behavior is important, groups will often shun members who behave selfishly. In other cases, groups of animals may ostracize members that do not seem to respect the authority of the alpha male. What we now call “cancel culture” is just one form of the general practice of using sentiments such as approval or disapproval or praise and blame to influence behavior and shape social interactions.

One of history’s most famous cancellations was the trial and execution of Socrates, who was “canceled” in the most extreme of ways because the influence that he had over the youth of Athens posed an existential threat to those with the power in that community. The challenge that he presented was that he might encourage the younger generation to reassess values and construct a new picture of what their communities might look like. At his trial, Socrates says,

“For I do nothing but go about persuading you all, old and young alike, not to take thought for your persons and your properties, but first and chiefly to care about the greatest improvement of the soul. I tell you that virtue is not given by money, but that from virtue come money and every other good of man, public as well as private. This is my teaching, and if this is the doctrine which corrupts the youth, my influence is ruinous indeed.”

For this, he was made to drink hemlock.

Galileo was canceled for the heresy of advancing the idea that the earth revolved around the sun rather than the other way around. This view of the universe was in conflict with the view endorsed by the Catholic Church, so Galileo’s book of dialogues was prohibited, and he lived out the rest of his life under house arrest.

In the more recent past, Martin Luther King Jr. was canceled — not only on his assassination, but prior to that, when many of his former compatriots in the struggle for civil rights broke ranks with him over his opposition to the Vietnam War and his battle to end poverty.

Through the years, people have been “canceled” for being Christian, Pagan, Catholic, Protestant, Atheist, Gay, Female, Transgender, Communist, and Socialist. They’ve been canceled for speaking up too much or too little, for being too authentic or not authentic enough. Books have been burned, ideas have been suppressed, people’s reputations have changed with the direction of the prevailing winds. Cancellation belongs to no single political party or ideology.

Nevertheless, “cancellation” in the 21st century is presented to us as a new and nebulous phenomenon — a liberal fog that has drifted in to vaporize the flesh of anyone who harbors conservative ideas. But what does it mean, exactly, to “cancel” a person? Perhaps the most common use of the word “cancel” in an ordinary context has to do with events. If I get a cold and I cancel my philosophy courses for the day, then those courses are no longer taking place. Similarly, in the most extreme cases, to “cancel” someone is to get rid of them forever — to kill them. Socrates, Hypatia, and even Jesus were “canceled” in this way.

There are other cases of cancellation which are pretty extreme, even if they don’t result in death. Instead, the person or group might be imprisoned or otherwise punished by the government. For example, during World War II, many Japanese Americans were “canceled” and put in internment camps just for being Japanese during a time when Americans were prone to xenophobia against that particular group. Then, of course, there was the McCarthy era, when people all across the country had to worry about their lives or livelihoods being destroyed if it were discovered or even suspected that they were sympathetic to communism. This cancel culture witch hunt affected the careers of stars like Charlie Chaplin, Langston Hughes, and Orson Wells. Positive proof of membership in the party wasn’t even necessary. Of one case Joseph McCarthy famously said, “I do not have much information on this except the general statement of the agency…that there is nothing in the files to disprove his Communist connections.”

Thankfully, when we use the word “cancel” these days, we are usually referring to something less extreme. We tend to mean that a certain segment of society will no longer support the “canceled” person in various ways — they will not consume their products, enjoy their art, listen to their thoughts, or otherwise support their general platform. The most common cases are those of politicians and artists of various types. Many people no longer watch Kevin Spacey movies after learning that he frequently engaged in sexual harassment of co-workers.

The linchpin — and the feature that makes it tricky — is that cancel culture is one of the consequences of the display of people’s reactive attitudes. It is these very reactive attitudes — guilt, shame, praise, blame — that are involved in moral judgments. Such judgments also involve assessment of harm. People often point out, when attempting to hold a bad actor responsible, that the bad actor’s behavior is resulting in a serious set of bad consequences for their community. These kinds of considerations are important — they make the world a better place. We don’t want to throw the baby out with the bathwater; we don’t want to give up holding people morally responsible for their actions because we are too afraid of “canceling” the wrong person. There are cases in which cancellation seems like precisely the correct course of action. We shouldn’t continue to hold in high regard rapists and serial harassers like Bill Cosby and Harvey Weinstein. We shouldn’t support the platforms of racists and child molesters.

For these reasons, cancel culture shouldn’t be depicted as the emerging new villain in the plot of the 2020s. This culture has always been around and always will be, though, granted, it is amplified by social media and the internet. Sometimes it does some real good. The reality is that this has all been so politicized that it is unlikely that they’ll be much ideological shift on these issues. If we allow Socrates’ ancient ideas to “corrupt” our minds, we’ll keep asking questions: “Is this a power play?” “Should this behavior be tolerated?” “Is this a case that calls for compassion and understanding?” Improvement of the soul calls for nuance.