Is the Future of News a Moral Question? 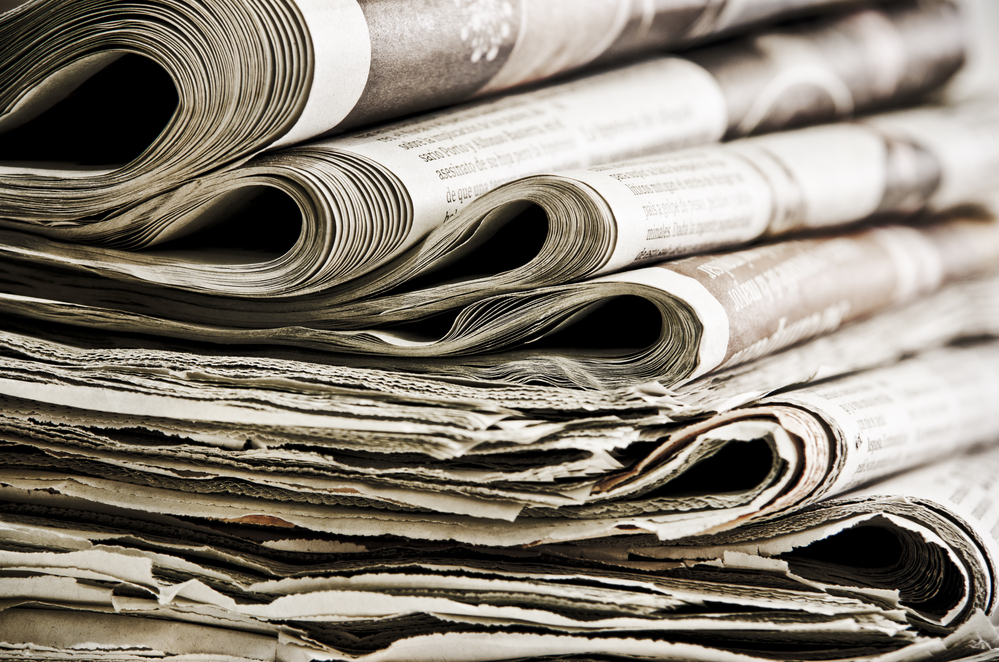 In the face of increasing calls to regulate social media over monopolization, privacy concerns, and the spread of misinformation, the Australian government might be the world’s first country to force companies like Google and Facebook to pay to license Australian news articles featured in those site’s news feeds. The move comes after years of declining revenue for newspapers around the world as people increasingly got their news online instead of in print. But, is there a moral imperative to make sure that local journalism is sustainable and if so, what means of achieving this are appropriate?

At a time when misinformation and conspiracy theories have reached a fever pitch, the state of news publication is in dire straits. From 2004 to 2014, revenue for U.S. newspapers declined by over 40 billion dollars. Because of this, several local newspapers have closed and news staff have been cut. In 2019 it was reported that 1 in 5 papers had closed in the United States. COVID has not helped with the situation. In 2020 ad revenue was down 42% from the previous year. Despite this drop, the revenue raised from digital advertising has grown exponentially and estimates suggest that as much as 80% of online news is derived from newspapers. Unfortunately, most of that ad revenue goes to companies like Facebook and Google rather than news publishers themselves.

This situation is not unique to the United States. Newspapers have been in decline in places like the United Kingdom, Canada, Australia, certain European nations, and more. Canadian newspapers recently published a blank front page to highlight the disappearance of news. In Australia, for example, circulation has fallen by over two-thirds since 2003. Last year over 100 newspapers closed down. This is part of the reason Australia has become the first nation to pursue legislation requiring companies like Google and Facebook to pay for the news that they use in their feeds. Currently for every $100 spent on advertising, Google takes $53 and Facebook receives $28. Under the proposed legislation, such companies would be forced to negotiate commercial deals to license the use of their news material. If they refuse to negotiate, they face stiff penalties of potentially 10 million dollars or more.

The legislation has been strongly opposed by Google and Facebook who have employed tactics like lobbying legislators and starting campaigns on YouTube to get content creators to oppose the bill. They have also threatened to block Australians from Google services telling the public, “The way Aussies search everyday on Google is at risk from new government regulation.” (Meanwhile, they have recently been taking some steps to pay for news.) Facebook has also suggested that they will pull out of Australia, however the government has stated that they will not “respond to threats” and have said that paying for news will be “inevitable.” Australia is not the only jurisdiction that is moving against Google and Facebook to protect local news. Just recently, several newspapers in West Virginia filed a lawsuit against Google and Facebook for anti-competitive practices relating to advertising, claiming that they “have monopolized the digital advertising market, thereby strangling a primary source of revenue for newspapers.”

This issue takes on a moral salience when we consider the relative importance of local journalism. For example, people who live in areas where the local news has disappeared have reported only hearing about big things like murders, while stories on local government, business, and communities issues go unheard. For example, “As newsrooms cut their statehouse bureaus, they also reduced coverage of complex issues like utility and insurance regulation, giving them intermittent and superficial attention.” Without such news it becomes more difficult to deal with corruption and there is less accountability. Empirical research suggests that local journalism can help reduce corruption, increase responsiveness of elected officials, and encourage political participation. The importance of local journalism has been sufficient to label the decline of newspapers a threat to democracy. Indeed, studies show that when people rely more on national news and social media for information, they are more vulnerable to misinformation and manipulation.

Other nations, such as Canada, have taken a different approach by having the federal government subsidize local news across the country with over half a billion dollars in funding. Critics, however, argue that declining newspapers are a matter of old models failing to adapt to new market forces. While many newspapers have tried to embrace the digital age, these steps can create problems. For example, some news outlets have tried to entice readers with a larger social media presence and by making the news more personalized. But if journalists are more focused on getting clicks, they may be less likely to cover important news that doesn’t already demand attention. Personalizing news also plays to our biases, making it less likely that we will encounter different perspectives, and more likely that we will create a filter bubble that will echo our own beliefs back to us. This can make political polarization worse. Indeed, a good example of this can be found in the current shift amongst the political right in the U.S. away from Fox News to organizations like NewsMax and One America News because they reflect a narrower and narrower set of perspectives.

Google and Facebook – and others opposed to legislation like that proposed in Australia – argue that both sides benefit from the status quo. They argue that their platforms bring readers to newspapers. Google, for example, claims that they facilitated 3.44 billion visits to Australian news in 2018. And both Google and Facebook emphasize that news provides limited economic value to the platforms. However, this seems like a strange argument to make; if the news doesn’t matter much for your business, why not simply remove the news feeds from Google rather than wage a costly legal and PR battle?

Professor of Media Studies Amanda Lotz argues that the primary business of commercial news media has been to attract an audience for advertisers. This worked so long as newspapers were one of the only means to access information. With the internet this is no longer the case; “digital platforms are just more effective vehicles for advertisers seeing to buy consumer’s attention.” She argues that the news needs to get out of the advertising business; save journalism rather than the publishers. One way to do this would be by strengthening independent public broadcasters or by providing incentives to non-profit journalism organizations. This raises an important moral question for society: has news simply become a necessary public good like firefighting and policing; one that is not subject to the free market? If so, then the future of local news may be a moral question of whether news has any business in business.