Why I Am Not like You: The Ethics of Exceptions 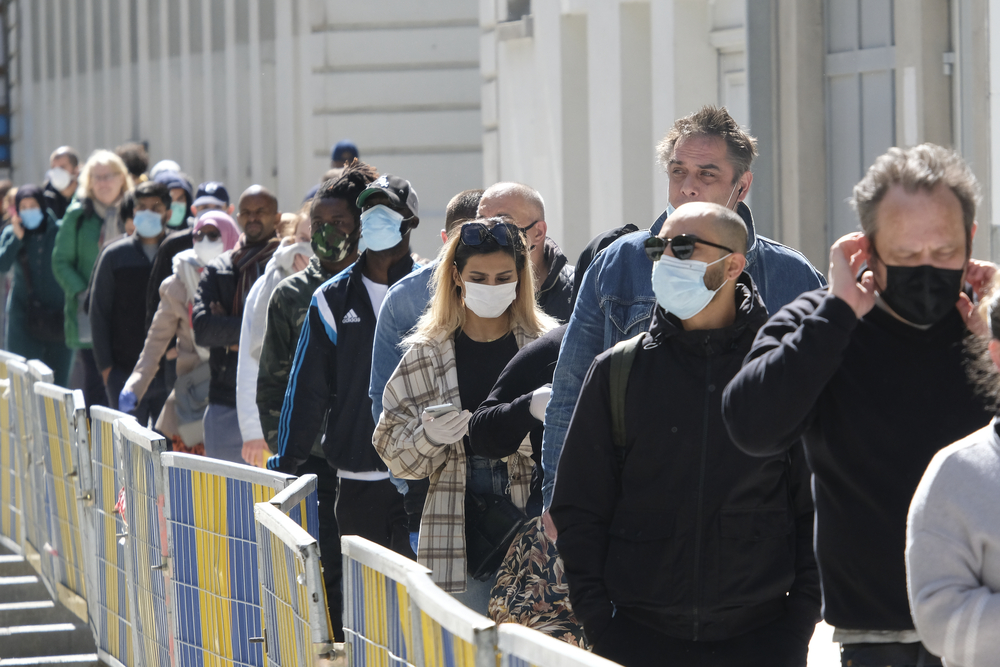 Consider two different arguments. The first that it was okay for me to travel in early December, the second that I should be given early access to a COVID vaccine.

My Travel: I understand that traveling was irresponsible in general, and that it was important that people not do so. Had COVID been happening in any other year I would have not traveled at all during the holiday season. But since it was this year, I had good reasons to carve out an exception for myself. First, it was really important for my girlfriend to meet my parents in person before we could get engaged, most people did not have such major life plans put on hold by the inability to travel over the holidays. Second, my grandfather is not doing well and so the consequences of delaying a visit could not be known. Third, this was the first time in six years my parents were back in the states for Christmas. Fourth, my girlfriend and I could take steps to minimize the risk: we drove instead of flying, we could travel in between the Thanksgiving and Christmas rushes, we both got tested before the trip, and I was able to aggressively quarantine the week before traveling.

My Vaccine: While I should not get the vaccine before the elderly, I should get it before it is open to the general public. First, I am teaching an in-person class in the spring and doing so, at least in part, because the state government of Florida is pushing to increase the percentage of college classes taught in-person in the spring. I offered to teach in person to help out, but it seems like the least that the state government could do after I agree to be around (I expect) irresponsible undergraduates is help make sure I have access to a vaccine. Second, I have been extremely aggressive in my social distancing. This means I should get the vaccine early since a) I have already taken on more inconvenience than most to help protect the public good and b) I’m more responsible than most, so I’ll be a larger drain on the economy if I remain unvaccinated. Third, I’m hoping to get married fairly soon, and that is an important life event that should qualify me for some priority.

I think the first argument is pretty good and the second one pretty bad. I really should not get priority vaccine access, but I think it was OK for me to travel in early December. But what I want to discuss in this post are some of the challenges in identifying when you should be an exception to a general rule.

Each argument tries to make out that I am, in some sense, special. And if you are going to exempt yourself from a rule you think others should generally follow, then you need to provide a compelling explanation for what makes your case unique. This follows from a deep moral principle about the moral equality of persons (one of the principles Immanuel Kant was getting at in his first formulation of the categorical imperative).

So, if I want to cut in line, then I had better have a special reason to do it — a reason that will not apply to everyone else as well. Suppose I arrive at the hospital with a child suffering an anaphylactic shock. I see there is a long line of people waiting to get their severed thumbs reattached (I’ll leave it to you the reader to explain the sudden epidemic of thumb severings).

Here it is permissible for me to cut in front of people waiting to get their thumbs reattached. It is permissible because my reason for cutting will not generalize. If we changed the case so the line was all other parents with children suffering anaphylaxis, then it would not be permissible to cut (since we would otherwise return to our original problem).

Okay, so to carve out an exception there must be something unique about me. Well, there are things that are fairly unique about me, does that mean I should get to jump the vaccine line?  Well no. It was not just that anaphylaxis was different from a severed thumb, it also needed to be  more important. A broken leg, just because it is a different injury, would not make it okay to cut in line.

And here we come to a problem. While there are some things unique to me that suggest I should take precedence, basically everyone has some reason why they should be an exception. Sure, I’m hoping to get married but others, who are about to have their first child, will need to spend some time in a hospital and could really use the in-person support of grandparents. Sure, I’m teaching in person, but others are taking (more than one) classes in person. Syndrome was right, if everyone is special, no one is — at least in the sense that if everyone can identify reasons why they should be able to skip to the front of the line, then no one gets to skip.

And indeed, even if I decided I really was more special than others, it is still probably a bad idea to let me jump in line. That is because we, as a general rule, do not want society making thousands of fine-grained decisions comparing every possible special exception. It opens up far too many possibilities for bias and corruption, and besides that, it becomes democratically problematic because it is impossible to adequately articulate the thousands of priority decisions to the citizenry.

Alright, so I should not get to cut the vaccine line.

But what about my choice to visit my parents in early December? I think most people should stay home, but I also really thought I had a better reason to travel than others. Is that enough to justify my exception.

Not quite, there are two complications I need to consider.

First, I need to factor in my biases. Lots of biases may play a role, but let’s just look at an availability bias. I know the details of my life quite well; I do not know the details of yours. Thus even if my case looks more exceptional to me, that might not be because it is, but just because my own specialness is easier to see.

Second, even if I factor in all those biases and still think I’m exceptional, there is a problem with taking that as sufficient to make an exception. That is because I’m not only making a first-order decision, I’m also making a second-order decision. I’m not only deciding that my case is exceptional, I’m also regarding myself as a competent judge to decide on my own exception. This creates a problem because I expect most people are biased, and so if most people decide for themselves whether they should be an exception, far too many will make the wrong choice.

One way to see this problem is to note that others will disagree with me about what is an important reason for an exception. Let’s explain this with an analogy. Something like over 90% of teachers believe they are above average. Now, this might be that teachers are biased (I expect that is likely), but there is another explanation. Perhaps Anne and Barnie are above average lecturers and Chloe and Darius are above average mentors. Anne and Barnie think lecturing is the most important part of teaching (thus why they spent time getting good at lecturing) and Chloe and Darius think mentoring is the most important part of being a good teacher (thus why they invest so much in mentoring students). Here, even if each of them accurately judges how good they are at various teaching techniques, we will still get everyone thinking they are an above average teacher.

Similarly, if everyone decides for themselves whether they should be an exception. We could well end up with many people thinking they are one of only a few who deserve an exception. Not because they are wrong about any of the details, but simply because different people have different priorities. So even if 100% of people think only the 5% of people with the most pressing reasons to travel should travel, you could still easily get 30% or 40% people honestly deciding they fall in the 5%.

Of course, I think my priorities are right. I think I am better at thinking these things through then the average person. But is that enough to let myself treat myself as an exception? Probably not, since I also think that others think their priorities are right, and I expect that others think that they are better than average at thinking these issues through. So the question I am forced to ask is not just, am I better at making decisions, but rather should anyone who thinks they are better at making decisions be allowed to decide for themselves. If my answer to that latter question is no, then it might still be wrong to carve out the exception.

So was I wrong to travel in early December? It is hard to say. On the one hand, I really do think I had a good reason to do so. But on the other hand, I do not think most people should get to carve out their own exceptions just because they think the exception is warranted (of course, maybe it is not actually hard to say but I just do not want to admit I made the wrong choice).