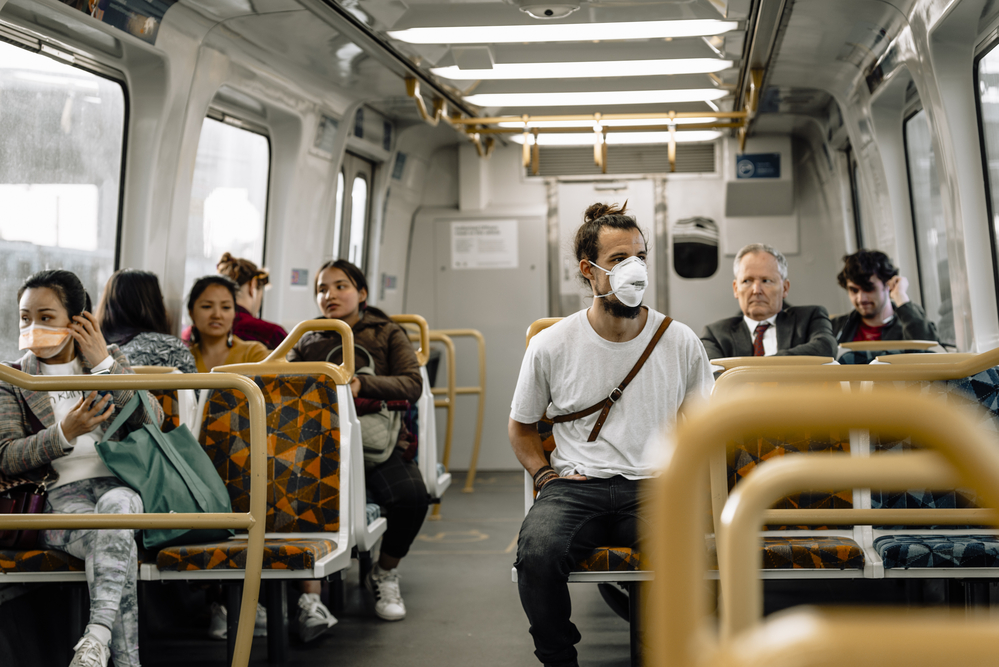 On December 9th, days before New York would again order the re-closing of bars and restaurants in an attempt to stem the resurgence of COVID-19 cases seemingly spread by holiday travelers, dozens of members of New York’s Whitestone Republican Club gathered together for a holiday party at a restaurant in Queens; weeks later, multiple attendees have tested positive for the coronavirus and at least one partygoer has been hospitalized. Although restaurants were allowed to open at 25% capacity on the day of the party, restaurant visitors were also required to wear face masks while not eating; videos of the event — including one showing a prominent local candidate for city council happily leading a conga line — revealed that the majority of people in attendance neglected many of the public health guidelines designed to mitigate the spread of COVID-19.

In response to media coverage of its party, the Club released a statement that read, in part, “We abided by all precautions. But we are not the mask police, nor are we the social distancing police. Adults have the absolute right to make their own decisions, and clearly many chose to interact like normal humans and not paranoid zombies in hazmat suits. This is for some reason controversial to the people who believe it’s their job to tell us all what to do.”

Evoking something like “liberty” to defend the flaunting of public health regulations is, at this point, a common refrain in conversations criticizing official responses to COVID-19. According to such a perspective, the coronavirus pandemic is viewed more as a private threat to individual freedoms than a public threat to health and well-being. For various reasons (ranging from basic calculations about personal risk to outright denials of the reality of the virus as a whole), the possibility that someone could unintentionally spread the coronavirus to strangers while unmasked in public is ranked as less significant than the possibility that someone could have their personal liberties inhibited by inconvenient regulations. As some anti-mask protestors (including Representative-elect Marjorie Taylor Greene from Georgia’s fourteenth congressional district) have said: “My body, my choice,” co-opting the long-standing pro-abortion slogan to refer instead to their asserted right to keep their faces uncovered in public, without qualification.

Critics of this perspective often call it “reckless” and chastise so-called “anti-maskers” for being cavalier with their neighbors’ health; in at least one case, people have even been arrested and charged with reckless endangerment for knowingly exposing passengers on a plane to COVID-19. Against this, folks might respond by downplaying the overall effect of coronavirus morbidity: as one skeptic explained in August, “I hear all the time, people are like, ‘I’d rather be safe than sorry, I don’t want to be a grandma killer.’ I’m sorry to sound so harsh — I’m laughing because grandmas and grandpas die all the time. It’s sad. But here’s the thing: It’s about blind obedience and compliance.”

At present, the United States has registered more than 20 million cases of COVID-19 and over 340,000 patients have died from the illness; while these numbers are staggering to many, others might do some simple math to conclude that over 19 million people have (or might still potentially) recover from the disease. For those who view a mortality rate of “only” 1.5% as far too low to warrant extensive governmental regulation of daily life, they might weigh the guarantee of government control against the risk of contracting a disease and measure the former as more personally threatening than the latter. (It is worth reiterating at this point that COVID-19 patients are five times more likely to die than are flu patients — the law of large numbers is particularly unhelpful when trying to think about pandemic statistics.) Even if someone knows that they might unintentionally spread the coronavirus while shopping, boarding a plane, or partying during the holidays, they might also think it’s unlikely that their accidental victim will ultimately suffer more than they might personally suffer from an uncomfortable mask.

To be clear, the risks of contracting COVID-19 are indeed serious and evidence already suggests that even cases with only mild initial symptoms might nevertheless produce drastic long-lasting effects to a patient’s pulmonary, cardiovascular, immune, nervous, or reproductive systems. But let’s imagine for a moment that none of that is true: what if the perspective described above was completely and unequivocally correct and the Whitestone Republican Club’s recommendation to “Make your own calculated decisions, don’t give in to fear or blindly obey the media and politicians, and respect the decisions of others” was really as simple and insulated as they purport it to be?

There would still be a significant problem.

In general, we take for granted that the strangers we meet when we step out of our front door are not threats to our personal well-being. Some philosophers have explained this kind of expectation as being rooted in a kind of “social contract” or agreement to behave in certain ways relative to others such that we are afforded certain protections. On such views, individuals might be thought of as having certain duties to protect the well-being of their fellow citizens in certain ways, even if those duties are personally inconvenient, because those citizens benefit in turn from the protection of others (shirking public health regulations might then be seen, on this view, as a kind of free rider problem).

However, this doesn’t clearly explain the sort of moralizing condemnation directed towards anti-maskers; why, for example, might someone in a city far from Queens care about the choices made at the Whitestone Republican Club’s holiday party? Certainly, it might seem odd for someone in, say, central Texas to expect someone else in southeast New York to uphold a kind of give-and-take contractarian social contract!

But, more than just assuming that strangers are not threats, we often suppose that our civic neighbors are, in some sense, our partners who work in tandem with us to accomplish mutually beneficial goals. Here an insight from John Dewey is helpful: in his 1927 book The Public and Its Problems, Dewey points out that even before we talk about the organization and regulation of states or governments, we first must identify a group of people with shared interests — what Dewey calls a “public.” After considering how any private human action can have both direct and indirect consequences, Dewey explains that “The public consists of all those who are affected by the indirect consequences of transactions to such an extent that it is deemed necessary to have those consequences systematically cared for.” On this definition, many different kinds of “publics” (what others might call “communities” or “social groups”) abound, even if they lack clearly defined behavioral expectations for their members. To be a member of a public in this sense is simply to be affected by the other members of a group that you happen to be in (whether or not you consciously agreed to be a part of that group). As Dewey explains later, “The planets in a constellation would form a community if they were aware of the connection of the activities of each with those of the others and could use this knowledge to direct behavior.”

This might be why negligence in New York of public health regulations bothers people even if they are far elsewhere: that negligence is evidence that partygoers are either not “aware of the connection of the activities of each with those of the others” or they are not “us[ing] this knowledge to direct behavior.” (Given the prevalence of information about COVID-19, the latter certainly seems most likely.) That is to say, people who don’t attend to the indirect consequences of their actions are, in effect, not creating the collective “public” that we take for granted as “Americans” (even apart from any questions of governmental or legal regulations).

So, even if no one physically dies (or even gets sick) from the actions of someone ignoring public health regulations, that ignorance nevertheless damages the social fabric on which we depend for our sense of cultural cohesion that stretches from New York to Texas and beyond. (When such negligence is intentional, the social fabric is only rent deeper and more extensively). Americans often wax eloquently about unifying ideals like “E Pluribus Unum” that project an air of national solidarity, despite our interstate diversity: one of the many victims of the COVID-19 pandemic might end up being the believability of such a sentiment.