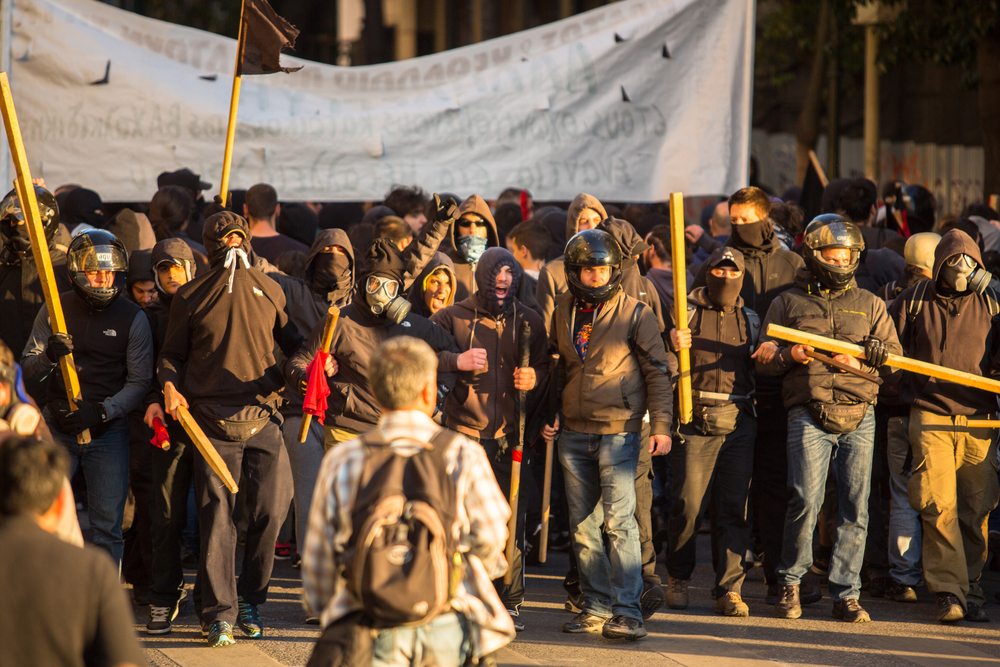 This week in response to the Capitol attack many have urged that we “call the event what it is.” Given the events which took place in Washington this week, perhaps the most prominent moral question facing everyone is how should one describe something? Initially this was even the case before the 6th when the details of Trump’s call to the Georgia Secretary of State became public and it became known that he wanted to “find” votes. Is that an attempt to intimidate a public official to overturn an election or is it merely the innocent efforts of a person to rectify a perceived slight? Following the 6th, this type of question gained new importance. How should we describe such an event? Was it an attempted coup? Was it a protest? An insurrection? Domestic terrorism? How do we describe the day? Did the president have a rally with heated rhetoric that got a crowd out of control or did he unleash a mob on Congress with the intention of preventing them from following the Constitution? Answering a question like “how should we describe such events?” reveals just how complicated of a moral problem language can be.

In his account of inquiry, philosopher John Dewey argued that the nature of any judgment is to be able to link some selected content (a subject) to some selected quality of characterization (a predicate). His central point is that determining how to characterize the predicate and how to characterize the subject is the work of inquiry; neither is simply given to us in advance and our own inquiries require us to appraise how we should characterize a subject and predicate in relationship to each other. Moral inquiry is no different, and thus whether we characterize the people who invaded the Capitol as protestors or insurrectionists depends on what appraisals we make about what information is relevant in the course of moral inquiry. Of course, one of the means that society has at its disposal to do this work is the legal system.

The question about what legally took place is complicated. For example, does the storming of the Capitol constitute domestic terrorism? Despite some, including President-elect Biden, calling the act sedition, in reality many of those who participated may only be legally guilty of trespassing (though there may be a stronger case against some particular individuals who may be charged with seditious conspiracy and assaulting police). Even for the president, and many in Congress who spread lies about the election and stoked the crowd before the riot, it isn’t abundantly clear they can be held legally responsible. Legally speaking, was the president and his supporters in Congress only practicing their First Amendment right to free speech or were they participating in an attempted coup? Again, legally it is complicated with many precedents setting a high bar to prove such charges in court.

But a legal determination is only one way of evaluating the situation. For example, in addressing whether the attack constitutes domestic terrorism, a recent Vox article points out, “It’s useful to think about terrorism as three different things: a tactic, a legal term, and a political label.” In each case the application of the term requires paying attention to different contexts and points of interest. Morally speaking, we will each have to determine how we believe the events of this week should be characterized. But, as a moral declaration how do we make such determinations? Outside of mere political rhetoric, when does it become appropriate to label someone a “fascist”? At what point does a protest become a “coup attempt”? Should we call the people who stormed the Capitol “terrorists,” “insurrectionists,” “protestors,” or as others have called them, “patriots”? Were Trump and his supporters merely expressing grievances over an election that many of them genuinely believe was fraudulent?

One way of trying to come to a justified determination is to compare the situation to similar examples from the past. Case-based reasoning, or casuistry, may be helpful in such situations because it allows us to compare this case to other cases to discover commonality. But what cases should one choose to compare it with? For example, is what happened on the 6th similar to Napoleon storming the French legislature? Napoleon arranged a special session and used bribery, propaganda, and intimidation to get the legislature to put him in charge and then cleared them out by force when they refused to step aside. Or is this case more similar to the crisis in Bolivia? International scholars have been divided over whether that was a coup or a popular uprising following assertions of a rigged election.

Unfortunately, such reasoning is problematic because it all depends on which elements we choose to emphasize and which similarities and differences we think most relevant. Do we focus on the fact that many of these people were armed? Do we focus on the political rhetoric compared to other coups? Does it matter whether the crowd had a coherent plan? It’s worth pointing out that Republican supporters and Trump supporters won’t necessarily make the same connections. 68% of Republicans do not believe the storming of the Capitol was a threat to democracy. 45% of Republicans even approve storming the Capitol. As YouGov points out, “the partisan difference in support could be down to differing perceptions of the nature of the protests.” Thus, comparing this case to others is problematic because cases like this do not come with a label, thus making it easy to make comparisons that are politically motivated and logically circular rather than being morally justified. As G.E. Moore noted “casuistry is the goal of ethical investigation. It cannot be safely attempted at the beginning of our studies, but only at the end.”

What alternative is there to comparing cases? One could assert a principle stating necessary and sufficient conditions. For example, if X acts in a way that encourages or causes the government from being unable to fulfill its functions, X is engaging in a coup. The problem with these principles, just like casuistry, is the temptation to engage in circular reasoning. One must describe the situation in just such a way for the principle to apply. Perhaps the answer is not to focus on what happened, but on the threat that still may exist and take an inductive risk strategy. Even if the benefit of historical hindsight may one day lead us to say otherwise, we may be justified in asserting that the attack was an attempted coup because of the extremely high risks of getting it wrong. This requires us to be forward-looking to future dangers rather than focusing on past cases.

In other words, given the possible grave threat it may be morally justified to potentially overreact to a possibly false belief in order to prevent something bad from happening. By the same token, a Trump supporter who believes that the election was rigged (but is ultimately committed to democracy despite their mistaken beliefs) would be in a worse position for underreacting to an attempted coup if they are wrong about the election and about Trump’s intentions. Such judgments require a careful appraisal of available evidence compared to future possible risks of action or inaction. However, given that the population overall does not see this situation in the same light, the need for having clear reasons, standards, and justifications which can be understood and appreciated by all sides becomes all the more important.