Is Canceling All Student Debt Fair? Yes. Here’s Why. 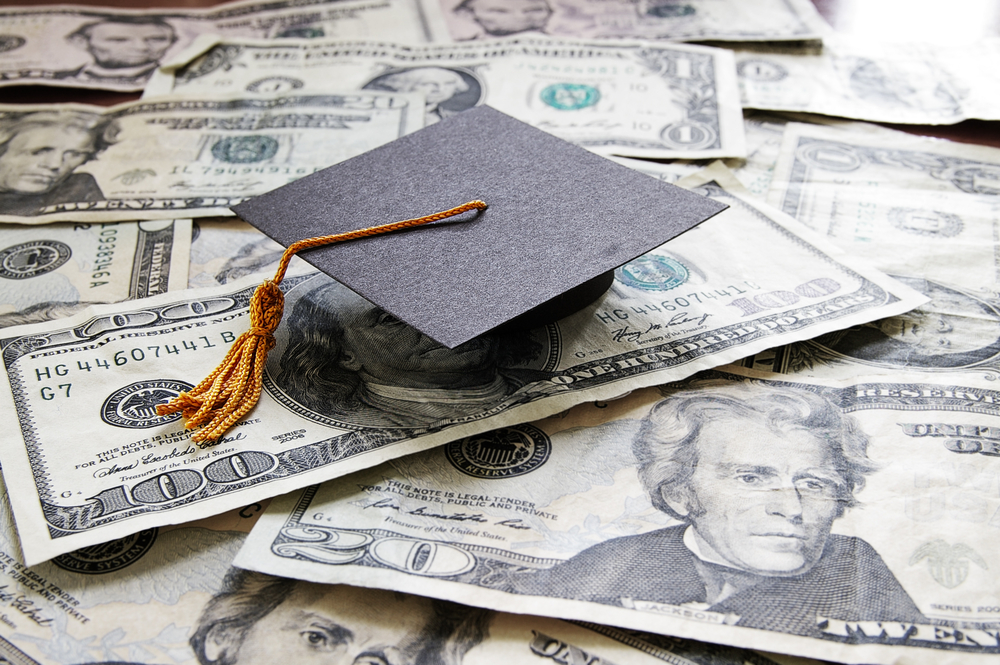 In a recent interview, president-elect Joe Biden explicitly stated he intends to tackle student debt by proposing some relief to the borrowers. This statement gave progressives renewed hope of achieving one of their most dear and more radical objectives: canceling all student debt. But this possibility has reignited debate with arguments both for and against it.

Some argue that a reason against canceling student debt is that it’s regressive — meaning, it would disproportionately help the rich. Critics allege that “students from rich families tend to borrow more than students from poor families, since wealthy students disproportionately choose expensive private colleges where even rich families must resort to borrowing.” But this argument is not as clear-cut as it sounds, for three reasons.

To start, as others have argued, “information on outstanding debt is based on where borrowers are after they have financed their college education, not where they started out.” In other words, the amount of debt that one takes counts as part of one’s own financial reserves. So of course if one takes on higher loans, then if this figures as part of one’s own wealth, then they will appear as richer. Think about home ownership: when one buys a home, the home counts as part of one’s own financial assets. If the home is worth 1 million dollars, then it will appear that the owner is worth 1 million dollars. This is the case even if the owner has a mortgage (which is debt). So, technically, the owner still does not own the house (if they are paying the mortgage) but the house nevertheless counts as part of their wealth. From this is clear that the regressive argument does not hold up, and is possibly misrepresentative.

But even if the regressive argument was on the right track (it is not, but let’s assume that it is), it seems to lack context as these arguments tend to discount the meaning that money (and consequently, debt) has depending on which economic community one belongs to. In this sense, canceling all student debt will undoubtedly benefit low-income communities. Saying that it will benefit the rich more is not a good reason for setting aside the policy, and confuses the current situation. Which leads me to the last point:

There is something to say about the term ‘regressive’. To say that a policy is regressive usually indicates that not only it will give an advantage to people who are well-off but that it will be also punitive towards people that are not well-off. Taxing cigarettes for example is regressive because it primarily targets, and disadvantages, low-income communities which are the ones, as it has been pointed out, that tend to smoke the most. But canceling student loans would not hurt low-income communities, if anything, it will benefit them. So saying that the initiative is regressive is misleading.

“It Won’t Help the Economy Recover”

One reason to erase all student debt, as Sen. Elizabeth Warren has pointed out, is that it will stimulate the economy. However, some have suggested that canceling student debt will not necessarily yield that desired result. The reason why is that “forgiving student loans spreads stimulus out over time instead of pushing it all out at once because it eliminates a monthly payment. A borrower who owes $200 a month would get the same amount of relief this month, in the middle of an economic downturn, as they would when the crisis is over.” I take it that the rationale behind this claim is that it would be better to receive a substantive stimulus once, rather than receiving a smaller debt forgiveness spread over time. While the former will make a difference in people’s lives in terms of whether they spend it, a small debt forgiveness will not necessarily do that. If we are concerned about long-term solutions this argument seems right: better more money now then less money over time. But it is not clear that student debt forgiveness will yield less money. For example, a stimulus, let’s say $1200, received once will be outweighed by a smaller debt forgiveness that spreads out over years as it will eventually amount to more money.

Many of these claims are motivated by a misunderstanding as arguments against canceling student debt seem to hinge on the sharp contrast drawn between personal responsibility and structural causes. As others have rightly pointed out, those in favor of canceling student debt often attribute the crisis to “societal factors”, while those who side against erasing student debt often cite reasons that pertain to personal responsibility. The latter argument tends to emphasize that if one chooses to go to college and to take a loan, then it is one’s responsibility to pay off such a loan. Yet, this claim does not take into consideration that even granting that one does choose to go to college, societal factors – which go beyond individuals’ control – have dangerously evolved in ways that have shaped the student debt crisis. Among these factors are disproportionate tuition fees that do not reflect inflation, instead rising at twice the rate. This fact alone counts against the personal responsibility argument, as individuals themselves can hardly bend the inflation rate to their needs, but college cost is not the only thing that got more expensive. Healthcare premiums as well as housing costs rose, and that adds to the societal causes that have contributed to making student debt a crisis.

“Don’t Get Loans You Cannot Repay”

But even if one is somewhat obliged to go to college in order to have the degree needed to do the job, another argument goes, then it is one’s own personal responsibility not to take loans one knows it will struggle to repay. Yet this line of reasoning, much like the one on personal responsibility above, discounts the role that predatory lending practices have played in shaping current circumstances. Those who take on student loans do not have access to the same escapes that those who are in debt usually have. One example is that, contrary to debt incurred due to medical bills for instance, the rules for easing student debt are considerably more restrictive. For example, in order to declare bankruptcy to ease student debt, borrowers are required to prove that repaying the debt poses an “undue struggle” on them and their dependents. If that was not bad enough, some loan providers exert predatory schemes that put students in particularly precarious financial positions. In 2017, for example, the Consumer Financial Protection Bureau accused loan provider Navient of giving out subprime loans to borrowers that in some instances the company predicted to have “as high as 92%” chance of defaulting. One cannot blame the students for not being vigilant enough to fall into the traps of predatory lending as this would be akin to victim-blaming. The students, even if not vigilant, do not commit any unlawful activity in taking on debts that they cannot sustain. Predatory lenders instead do. Thus, the attention should not be on the borrowed, but rather on the company themselves that should be held accountable for their irresponsible conduct.

But even admitting that student debt can and should be canceled, why should it be our priority now? As Carson Lappetito, president of Sunwest Bank, has claimed, our efforts should be targeting “the restaurants, hotels, front-line workers that are being most heavily impacted” by the pandemic. But canceling student debt of course does not imply that one should not help those communities that have been severely disadvantaged by pandemic; it simply means that, if anything, one should focus on both: impacted hotels, restaurants, front-line workers, and those whose lives continue to be upended by debt. The implication should be that by giving to one we are not taking from others.

One reason for easing student debt now is that there is a president-elect who is open to the possibility, and could do so simply through executive order. Even though some have pointed out that easing student debt through an executive order might not be ideal policy because it would “would invite a deluge of lawsuits,” the Legal Services Center of Harvard Law School carefully examined the issue and defended its legality, concluding that the “broad or categorical debt cancellation would be a lawful and permissible exercise of the Secretary’s authority under existing law.”

Canceling all student debt is an idea that is not new, nor it is the first time being debated. There are many arguments that speak in favor of it, and those against canceling all student debt are not, on reflection, as solid as they may seem. From a moral standpoint, as Roxane Gay as argued, “[a]s a public, we owe a debt to one another — the debt of belonging to a community. It’s time that debt was paid.”