The Continued Saga of Education During COVID-19 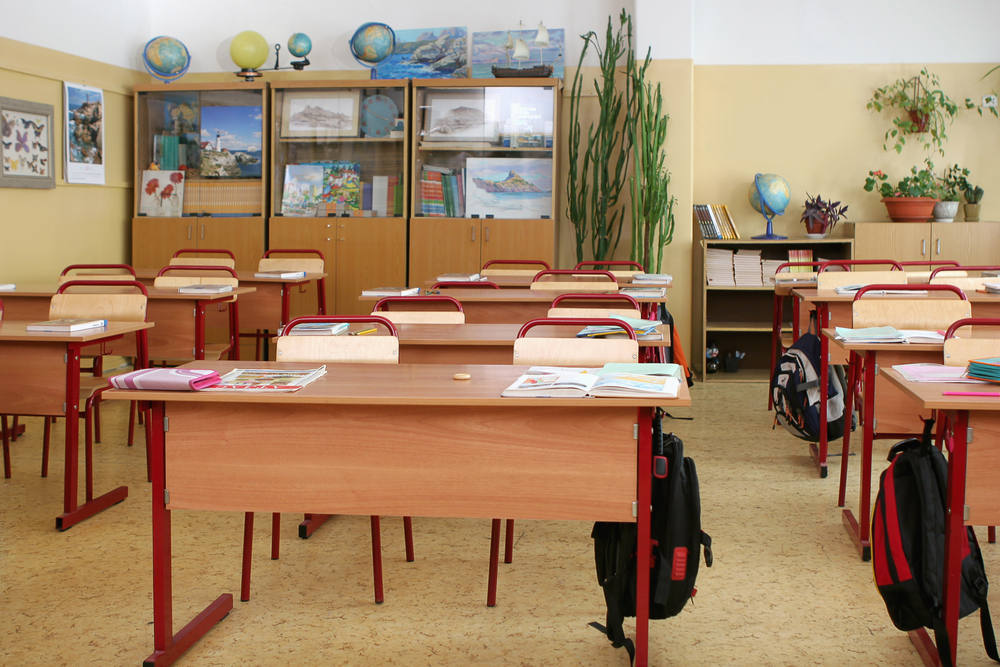 In early August, Davis County School District, just north of Salt Lake City, Utah, announced its intention to open K-12 schools face-to-face. All of the students who did not opt for an online alternative would be present. There would be no mandatory social distancing because the schools simply aren’t large enough to allow for it. Masks would be encouraged but not required. There was significant pushback to this decision. Shortly thereafter the district announced a new hybrid model. On this model, students are divided into two groups. Each group attends school two days a week on alternating days. Fridays are reserved for virtual education for everyone so that the school can be cleaned deeply. In response to spiking cases, Governor Herbert also issued a mask mandate for all government buildings, including schools. Parents and students were told that the decision would remain in place until the end of the calendar year.

On Tuesday, September 15th, the school board held a meeting that many of the parents in the district did not know was taking place. At this meeting, in response to the demands of a group of parents insisting upon returning to a four or even five-day school week for all students, the board unanimously voted to change direction mid-stream and switch to a four-day-a-week, all-students-present model. Many of these same parents were also arguing in favor of lifting the mask mandate in the schools, but the school board has no power to make that change.

Those advocating for a return to full-time, in-person school are not all making the same arguments. Some people are single parents trying to balance work and educating their children. In other households more than one adult might be present, but they might all need to be employed in order to pay the bills. In still other families, education is not very highly valued. There are abusive and neglectful homes where parents simply aren’t willing to put in the work to make sure that their children are keeping up in school. Finally, for some students, in-person school is just more effective; some students learn better in face-to-face environments.

These aren’t the only positions that people on this side of the debate have expressed. For political, social, and cultural reasons, many people haven’t taken the virus seriously from the very beginning. These people claim that COVID-19 is a hoax or a conspiracy, that the risks of the virus have been exaggerated, and that the lives of the people who might die as a result of contracting it don’t matter much because they are either old or have pre-existing conditions and, as a result, they “would have died soon anyway.”

Still others are sick of being around their children all day and are ready to get some time to themselves back. They want the district’s teachers to provide childcare and they believe they are entitled to it because they pay property taxes. They want things to go back to normal and they think if we behave as if the virus doesn’t exist, everything will be fine and eventually it will just disappear. Most people probably won’t get it anyway or, if they do, they probably won’t have serious symptoms.

Parents and community members in favor of continuing the hybrid model fought back. First and foremost, they argued that the hybrid model makes the most sense for public health. The day after the school board voted to return to full-time in-person learning, the case numbers in Utah spiked dramatically. Utah saw its first two days of numbers exceeding 1,000 new cases. It is clear that spread is happening at the schools. Sports are being cancelled, and students are contracting the virus, spreading the virus, and being asked to quarantine because they have been exposed to the virus at a significant number of schools in the district.

Those in favor of the hybrid model argue that it is a safe alternative that provides a social life and educational resources to all students. On this model, all students have days when they get to see their friends and get to work with their teachers. If the switch to a four-day-a-week schedule without social distancing measures in place happens, the only students who will have access to friends and teachers in person are the community members who aren’t taking the virus seriously and aren’t concerned about the risks of spreading it to teachers, staff, and the community at large. It presents particular hardship for at-risk students who might have to choose the online option not only for moral reasons, but also so they don’t risk putting their own lives in jeopardy. Those making these arguments emphasize that the face-to-face model simply isn’t fair.

Advocates of this side of the debate also point out that we know that this virus is affecting people of color at a more significant rate, and the evidence is not yet in on why this is the case. The children who are dying of COVID-19 are disproportionately Black and Hispanic. The face-to-face option has the potential to disproportionately impact students of color. If they attend school, they are both more likely than their white classmates to get sick and more likely to die. Many of these students live in multi-generational homes. Even if the students don’t suffer severe symptoms, opening up the schools beyond the restrictions put in place by the hybrid model exposes minority populations to a greater degree of risk.

Slightly less pressing, but still very important, considerations on this side of the debate have to do with changing directions so abruptly in the middle of the term. The school board points out that students that don’t want to take the risk of attending school four days a week can always just take part in the online option, Davis Connect. There are a number of problems with this. First, Davis Connect isn’t simply an extension of the school that any given child attends; it is an independent program. This means that if students and their families don’t think it is safe to return to a face-to-face schedule, they lose all their teachers and all of the progress that they have made in the initial weeks of the semester. Further, the online option offers mostly core classes. High school students who chose the online option would have to abandon their electives — classes that in many cases they have come to enjoy in the initial weeks of the semester. Some students are taking advanced placement or dual-enrollment courses that count for college credit. These students would be forced to give up that credit if they choose the online option. The result is a situation in which families may feel strongly coerced to allow their children to attend school in what they take to be unsafe conditions and in a way that is not consistent with their moral values as responsible members of the community.

Those on this side of the argument also point out that community discussions about “re-opening the schools” tend to paint all students with the same brush. The evidence does not support doing so. There is much that we still don’t know about transmission and spread among young children. We do know that risk increases with age, and that children and young adults ages 15-24 constitute a demographic that is increasingly contracting and spreading the virus. What’s more, students at this age are often willful and defiant. With strict social distancing measures in place and fewer students at the school, it is more difficult for the immature decision-making skills of teenagers to cause serious public health problems. It is also important to take into account the mental health of teenagers. Those on the other side of the debate claim that the mental health of children this age should point us in the direction of holding school every day. In response, supporters of the hybrid model argue that there is no reason to think that a teenager’s mental health depends on being in school four days rather than two. Surely two days are better than none.

Everyone involved in the discussion has heard the argument that the numbers in Davis County aren’t as bad as they are elsewhere in the state. In some places in the area, schools have shut down. In a different district not far away, Charri Jenson, a teacher at Corner Canyon High, is in the ICU as a result of spread at her school. The fact that Davis County numbers are, for now, lower than the rates at those schools is used to justify lifting restrictions. There are several responses to this argument. First, it fails to take into consideration the causal role that the precautions are playing in the lower number of cases. It may well be true that numbers in Davis County are lower (but not, all things considered, low) because of the precautions the district is currently taking. Other schools that encountered significant problems switched to the hybrid model, which provides evidence of its perceived efficacy. Second the virus doesn’t know about county boundaries and sadly people in the state are moving about and socializing as if there is no pandemic. The virus moves and the expectation that it will move to Davis County to a greater degree is reasonable. You don’t respond to a killer outside the house by saying “He hasn’t made his way inside yet, time to unlock the door!”

To be sure, some schools have opened up completely and have seen few to no cases. This is a matter of both practical and moral luck. It is a matter of practical luck that no one has fallen seriously ill and that no one from those schools has had to experience the anguish of a loved one dying alone. It is a matter of moral luck because those school districts, in full possession of knowledge of the dangers, charged forward anyway. They aren’t any less culpable for deaths and health problems — they made the same decisions that school districts that caused deaths made.

A final lesson from this whole debate is that school boards have much more power than we may be ordinarily inclined to think. There are seven people on this school board and they have the power to change things dramatically for an entire community of people and for communities that might be affected by the actions of Davis County residents. This is true of all school boards. This recognition should cause us to be diligent as voters. We should vote in even the smallest local elections. It matters.