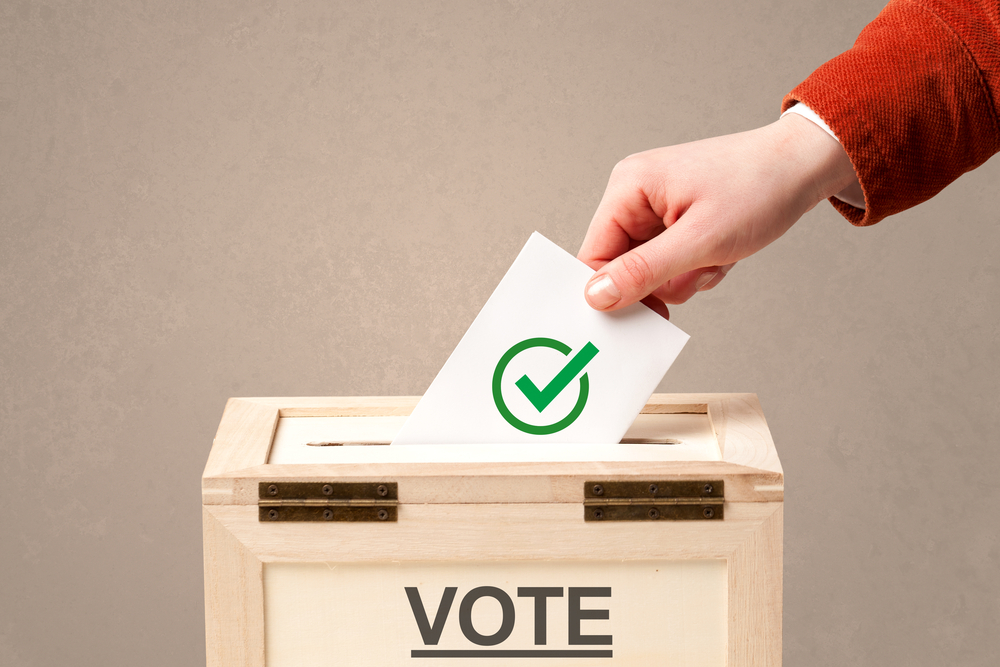 On August 8th the National Speech and Debate Association released the new high school Lincoln Douglas debate topic for the months of September and October. The new topic is:

“Resolved: In a democracy, voting ought to be compulsory.”

One thing I’ve noticed is that whether one thinks voting should be compulsory often depends on what one understands voting to be.

To illustrate, consider the ‘expressive’ view of voting, according to which the reason people vote is not to change policy, but as a way of expressing preferences (like cheering on one’s sports team). Expressive voting is normally presented as a descriptive theory of voting; it is an explanation of why people vote despite Downs paradox — given there is no real chance your vote sways an election, doing almost anything else makes more sense.

But suppose we accepted expressive voting as a prescriptive theory, suppose we thought the point of having elections is to give people the chance to express themselves. In that case you would probably reject compulsory voting.

Much of the expressive value of a vote comes from that fact that people choose to speak. As Ben Saunders puts it “if we grant that there is expressive value in [people] voting . . . it is presumably dependent upon their proper motivations and lost if they vote for the wrong reasons.” If we thought the reason for having the vote is to allow people to express themselves, that would inform our voting laws. It would speak against compulsory voting, and might even speak in favor of other voting reforms.

Expressive voting is a particularly easy-to-follow example, but it’s not a plausible candidate for why we hold elections in the first place. So why should we use majoritarian systems to select policies and leaders?

On the first view, democracy is like a market, it allows us to make decisions otherwise too complex for any one person to make. An example may help. Suppose a group of friends and I are deciding where we want to go to dinner (we can engage in the fantastic daydream where you can not only be with friends but also go out to eat again). Some want Mexican food and some want Chinese, but we would all rather go to either place together than split up into two groups. Now, given that there is a conflict between our preferences, we need some procedure to resolve this conflict, and one plausible candidate is we should go where the majority of people want to go. After all, by going where the majority of people want, we will treat one another fairly because we will weigh each person’s preference equally. (Of course we might choose not to go where the majority wants every time, perhaps we go where the majority wants a majority of the time and where the minority wants a minority of the time; that too might be fair.) Thus, we decide to vote. By voting, we determine where to get dinner.

Given my commitment to fairness, I really do think we should go wherever the majority wants. Thus, you might think, I should vote for where I think the majority prefers to go. Except, of course, that ruins the election. Suppose seven out of twelve people want Mexican, but the people who want Chinese have been more vocal and so most of us think that the majority of people prefer Chinese. If we all vote our personal preference, we will reach the answer we all want. In contrast, if we all vote for what we think the right answer is, then we will end up making the wrong choice.

It is not selfish to vote for the restaurant you would personally prefer to eat at. Why not? Because you are not actually saying that is where we should go. In participating in the vote you are saying we should go where the majority pick; in voting you are simply contributing your little bit of information to the collective knowledge pool. Even though my actual deep preference is to go where the majority would prefer. I should not try to vote for where the majority prefer because the whole point is to use the vote to reach that decision (saving us from needing to figure it out ourselves).

This is of course a common view of the role of voting in a democracy. Voting is a way to synthesize preferences across large numbers.

Just like free markets allow us to reach efficient systems which no individual person is capable of reasoning to, so you might think that well designed electoral systems create a disaggregated decision procedure where each person’s pursuit of private interests secures the public good more effectively than an alternative.

(My favorite vision of this view of democracy is articulated in Chapter 2 of Posner and Weyl’s absolutely fabulous book Radical Markets.)

In contrast, there is a second view according to which democracy does not integrate our private preferences into some efficient response to the public good. Rather, democracy itself provides an opportunity for everyone to partially legislate. By voting we act as a citizen, we enter into the general will, and in the process we come to share in the nation’s self-determination and sovereignty.

Viewed this way, voting is actually somewhat like serving on a jury. As District Judge Young argued in 1989, the jury plays a central role in our system of justice because it ties the deliverance of judges to the judicial standards of the citizenry. The jury acts as a representative of the population, and thus embodies the democratic idea that justice should ultimately be placed in the hands of the governed.

Like jury duty, we might think in voting we really are, in a small way, acting as a legislator. We are not registering our preference and then allowing the collective structure to issue its judgement, rather we are each making our own best judgement and deferring to the general consensus when others disagree.

While talking with debaters and reading the academic literature on compulsory voting, I eventually realized that people’s background assumptions about what voting was influenced their thoughts on if it should be compulsory. If I choose not to register my vote for where to go to dinner, I am thereby strengthening the vote of everyone else; I’m making their preference carry a little more weight. In contrast, if I regard voting as me playing my legislative role as citizen, then in declining to vote I’m actually hoisting a greater responsibility on others. I’m failing to provide my own counsel to temper there’s, and so increasing the deliberative burden on them to get the answer right. What you understand voting to be can change in fairly profound ways whether you’re inclined to compulsory voting (for more arguments on the subject see the definitive introduction, namely Brennan and Hill’s Compulsory Voting: For and Against).

Yet, despite these background assumptions being operative, very few people noticed the background disagreement on what a vote is. I myself had firm beliefs on lots of questions about voting, but have only now realized I don’t have a very clear sense of what I understand democratic voting to be.

So how should I understand the vote. I am unsure. If we just cared about producing the greatest social good, I expect something like Posner and Weyl’s quadratic voting system really would be best — it would utilize market principles and wisdom of the crowd to disaggregate decision-making allowing the system as a whole to consider more information than individual voter’s can consider themselves. The election thus is far more than the sum of its parts.

Does this mean I should vote in my self-interest rather than the national interest (just as I should vote where I personally want to get dinner)? Probably not. Perhaps we would make better decisions if everyone voted that way. But most people don’t vote that way. Instead they vote for the candidate or policy they think is best for the nation as a whole. People both self-report to vote in what they regard as the nation’s interest, and voting patterns suggest people don’t just vote in their self-interest (Brennan and Hill 39-40 provide an overview to the literature). Given that that is how others vote, it would seem unfair to vote in your own self-interest (even if we could design an electoral system where voting personal preference is neither unfair nor selfish).

And indeed, on the whole perhaps a system where we all vote for what we think is the national interest is better. While we are probably better at figuring out what is in our own self-interest (and so using external procedures to synthesize those judgements), perhaps the real value of democracy is not in making the best decision but rather in allowing each citizen to share in the sovereign act of legislation. Perhaps better that the ruled are also, in some sense, the rulers rather than outsourcing sovereignty to the opaque judgments of a market system.